“The baseball season arrived in Philadelphia today, and 40,000 peaceful citizens soared on unrestrained flights of delirium as the beloved Athletics walloped the unloved Yankees, 8 to 5.”

So began James R. Harrison’s recap for The New York Times of the Philadelphia A’s home opener against the Bronx Bombers on April 20, 1927. After reading about their team’s seven-game road trip through New York and Washington to start the season, Philly fans gathered at Shibe Park to greet the home side – and re-acquaint themselves with an old foe-turned-friend.

This ticket from the Hall of Fame’s collection marks the home debut of longtime Tigers star Ty Cobb in an Athletics uniform. 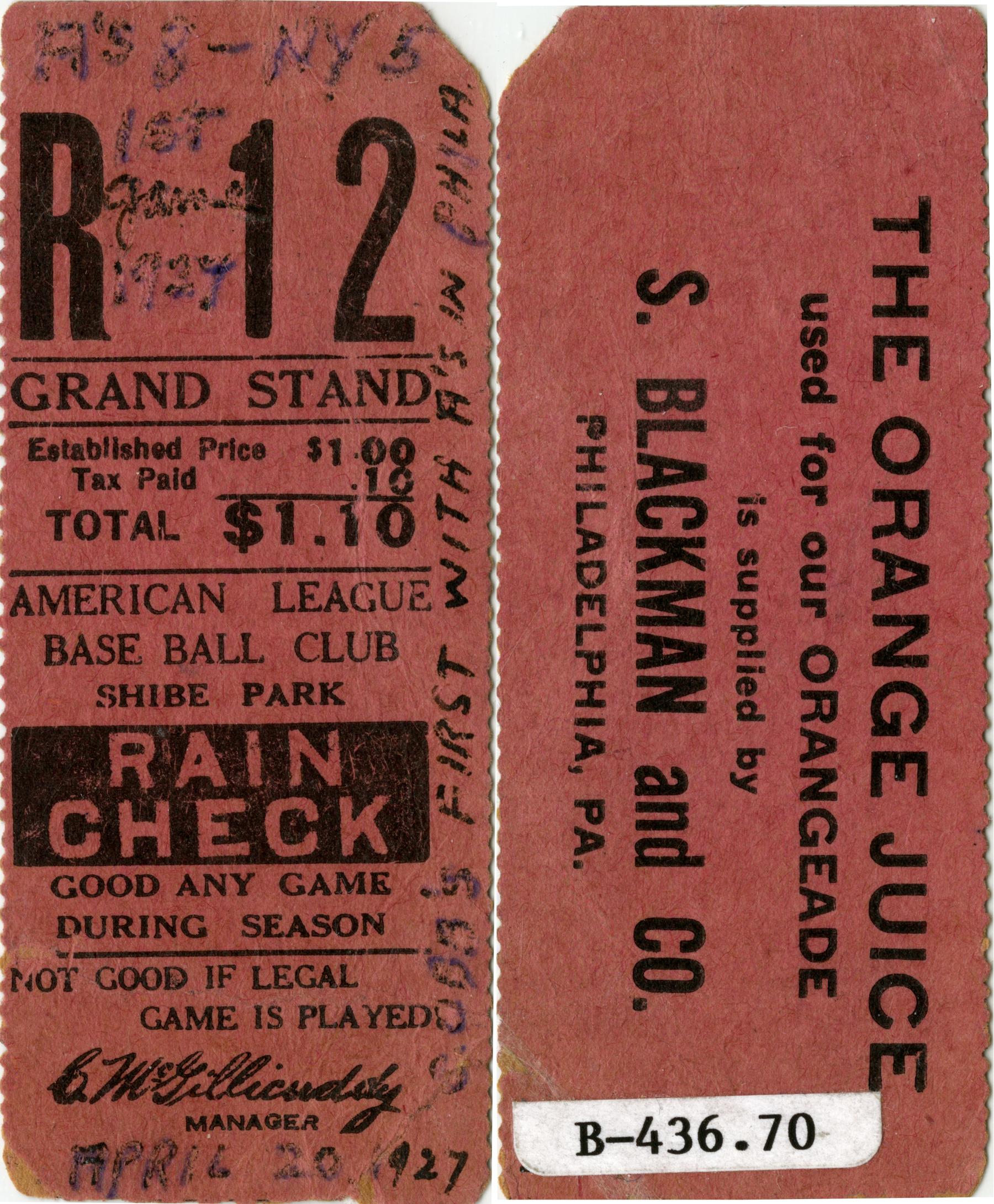 The front and back of a ticket from Ty Cobb's first game as a Philadelphia Athletic. B-436-70 (National Baseball Hall of Fame)

Cobb batted third in the lineup that day for manager Connie Mack, whose full given name – Cornelius McGillicuddy – is screen printed on the bottom of the reddish-orange ticket. The Georgia Peach’s presence in the lineup was not a surprise, given that the 40-year old Cobb had batted third in each game of the season thus far. The man on the mound for New York was a surprise, however. Herb Pennock was the scheduled starter, but he hurt his foot in batting practice. In to take his spot and oppose Philadelphia’s Lefty Grove came Urban Shocker, pitching in what was to be his last full major league season.

Grove and Shocker had locked horns in a memorable contest just six days before in the Bronx. Neither of them started that day but came on in relief in a 9-9 tie that was called in the 10th inning due to darkness. Wrote Harrison that day:

By sunlight and by moonlight the Yanks and Athletics battled through a 9-9 no-decision ten-inning bout yesterday evening at the Stadium. By the time it was all over, the moon was shining bright along the Harlem, suppers were stone cold and near-by residents were getting ready to wind the alarm clock and put out the cat.

It was a very pretty scene, with the lights of the subway twinkling and the nightingales singing, but umpire Bill McGowan, who is not of a poetical nature, told the customers to go home. Darkness was called the cause, but the real reason was that both sides had run out of pitchers.

Neither Shocker nor Grove had had their best arsenal that day, nor did they again on April 20 in Philadelphia. Mack and Yankees manager Miller Huggins had to call upon relievers, with the A’s three runs in the seventh proving to be the difference in their 8-5 victory. Cobb did not collect a hit that day, drawing a walk in four plate appearances, but he did receive a floral wreath alongside Eddie Collins and Kid Gleason as part of Philadelphia’s home opening festivities. According to Harrison, the most striking image of the day was not Cobb in Philly’s home whites, but rather the attire worn by McGowan and his fellow arbiters.

“The sartorial note of the afternoon was struck by the umpires, who appeared in exclusive creations consisting of blue flannel trousers,” he wrote. “All very natty and yachty. The only thing missing was a rakish craft with mahogany trimmings and gleaming brass.” 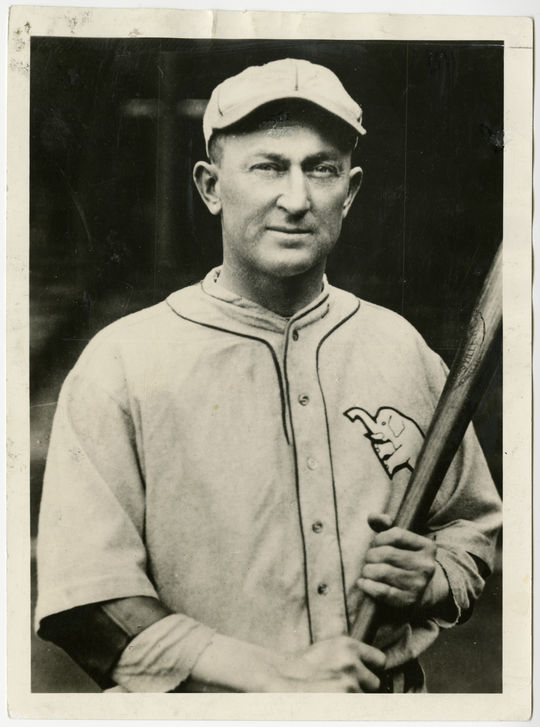 Ty Cobb of the Philadelphia Athletics. B-1173-67 (National Baseball Hall of Fame Library)

Nautical garb notwithstanding, the April 20 contest featured what would be far and away the two most dominant teams in the American League in 1927. The A’s won 91 games that year, but still finished a full 19 games back of the “Murderer’s Row” Yankees, who claimed a then-AL record 110 victories. A’s fans would have to wait two more seasons for their side to fully mature, but Philadelphia would eventually take the mantle from those “unloved” New Yorkers, claiming three straight American League pennants from 1929-1931. 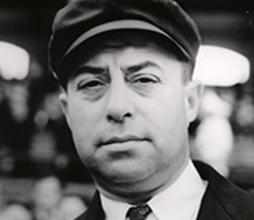