Class of 1992
Enlarge Plaque
Bill McGowan didn’t miss an inning for 16 years as umpire, and was referred to as “99.99 percent right” by Ted Williams.

Bill McGowan didn’t miss an inning for 16 years as umpire, and was referred to as “99.99 percent right” by Ted Williams.

Respected for his remarkable ability to “call ’em right,” umpire Bill McGowan developed a reputation for integrity and accuracy that earned him the nickname “No. 1.”

McGowan introduced flamboyant gestures behind the plate that captured the attention of players and fans alike. His enthusiasm never waned over his 30 years in the American League, including a string of 2,541 consecutive games in which McGowan did not miss a single inning on the diamond.

While he was known for his fiery personality, McGowan rarely went over the line in his interactions with players.

“In 30 years in the league, Bill McGowan threw fewer ball players out of ballgames than any contemporary umpire,” wrote J.G. Taylor Spink Award winner Shirley Povich. “That’s because disputes start with questionable decisions, and McGowan’s decisions commanded respect, even from the hostile players.”

McGowan was a former boxer and baseball player when he tried his hand at umpiring in 1913. He called minor league games for ten years until he was promoted to the American League in 1925. McGowan began his big league career by ejecting the great Babe Ruth in a Spring Training game.

“The Babe blinked in disbelief and then protested the heave-ho,” Povich would later recall. “McGowan said, ‘I know who you are and I know your reputation, but when I’m wearing this blue suit you’re just another ball player. Get out.’”

Under the tutelage of future Hall of Famers Billy Evans and Tom Connolly, McGowan quickly rose to his first of eight World Series assignments in 1928. Five years later, McGowan was the second base umpire for the first All-Star Game at Comiskey Park.

McGowan was not in the major leagues for long before his reputation grew into being one of the game’s best. Longtime Washington Senators owner Clark Griffith called McGowan “the greatest baseball umpire I’ve ever seen,” and American League president Will Harridge would say McGowan “ranked as one of the all-time greats of his profession.”

Hall of Famer Ted Williams, revered for possessing one of the most impressive set of batter’s eyes in history, claimed McGowan was “one of the sharpest guys with balls and strikes I’ve ever seen. I’d say he was probably 99.99 percent right.”

In 1939, while he was still calling major league games, McGowan paid his talents forward by opening his own umpiring school in West Palm Beach, Fla. The school became one of McGowan’s greatest passions, and he would later turn down three World Series assignments when they conflicted with the school’s sessions.

“The best advice I can give a young umpire is to get in there and hustle,” McGowan often said. “Keep in the best physical condition, keep your eye on the ball and get on top of your plays.”

McGowan continued to run the school after his retirement from the major leagues until his death on Dec. 9, 1954. In 1992, McGowan became the seventh umpire to be elected to the Hall of Fame. 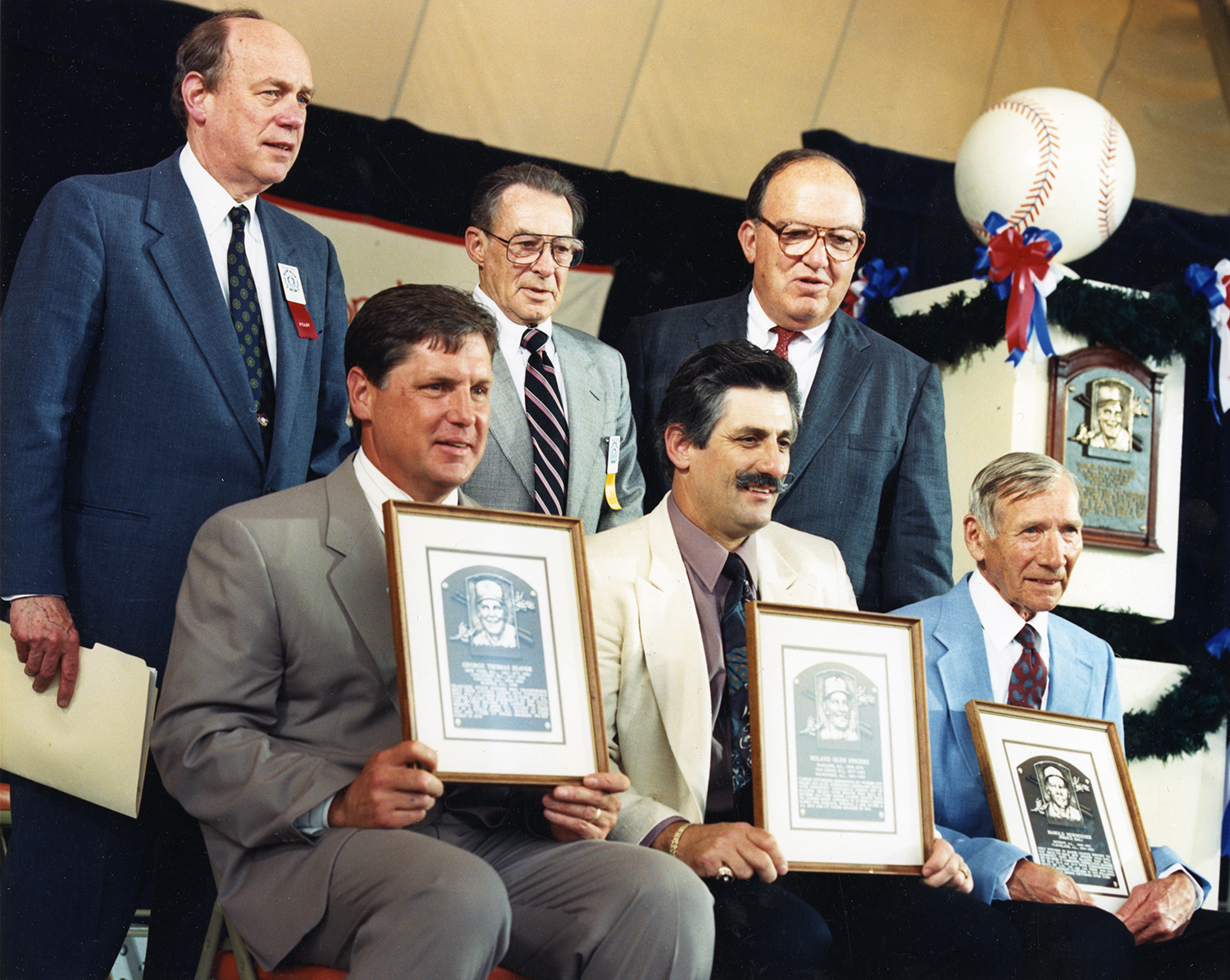