On the gridiron, Cal Hubbard pioneered the modern linebacker position and was one of the most intimidating players in the National Football League.

But it was his remarkable ability to arbitrate the action on the baseball diamond that propelled Hubbard to become the only man in both the Pro Football and Baseball Halls of Fame.

“I’m just a big old country boy who hated to sit on the sidelines,” Hubbard said. “I wanted to be in the middle of the action.”

Standing at 6-foot-3 and weighing a menacing 250 pounds, Hubbard was the physical anchor for football’s most dominant defenses from 1927-36. He won four NFL championships with the New York Giants and Green Bay Packers and was named the league’s all-time tackle by a Pro Football Hall of Fame committee in 1969.

But by 1936, Hubbard was already moving on to a new career as an American League umpire. Hubbard had already umpired in the minor leagues during the football offseason beginning in 1928. In the 1936 NFL Championship game against Boston, Hubbard saw teammate Red Corzine’s leg get snapped and decided that was the end of his gridiron career.

“Well boys, if I’ve ever done anything to you all in my professional career, you’ve got a minute to settle the grudge,” Hubbard told his Giants teammates in the locker room. “This is positively my last football game.”

Hubbard’s extraordinary vision, often speculated to be at 20/10 level, and made him an excellent judge of balls and strikes. Furthermore, while Hubbard’s imposing size made him a tough man to intimidate, he was not quick to eject players.

“The best umpire is one who can handle a difficult situation and keep players in the game,” Hubbard explained. “However, you’ve got to know the rules.”

Indeed, Hubbard was revered by players, managers and executives for his extensive knowledge of the rulebook. In 16 years as a big league umpire, Hubbard was selected to call four World Series and three All-Star games.

In 1951, Hubbard was on a hunting trip when a ricocheting shotgun pellet damaged his eye. Though his remarkable vision was permanently weakened, Hubbard continued to impact the game as the American League’s supervisor of umpires. During his 17-year tenure as supervisor, Hubbard established clearly defined roles and field positions for each arbiter and helped Emmett Ashford become the first African-American umpire to work in the major leagues.

Hubbard ended his two-sport career when he retired from the American League office in 1969. Seven years later, Hubbard became the fifth umpire to be elected to the Baseball Hall of Fame. 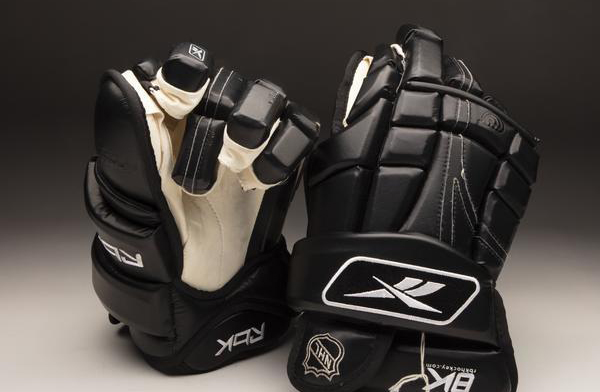