Class of 2016 Welcomed to Cooperstown by Huge Induction Ceremony Crowd

On Sunday, Griffey and Piazza were part of baseball lore once more, as their Hall of Fame induction brought historic crowds to Cooperstown. And along the way, both were moved to tears by the magnitude of the moment.

The National Baseball Hall of Fame welcomed two new members on Sunday at the Induction Ceremony in Cooperstown. With 48 returning Hall of Famers on the stage at the Clark Sports Center and a national television audience on MLB Network, an estimated crowd of 50,000 fans – the second-largest gathering in Induction history – basked in the sun at the home of the National Pastime.

Piazza led off the Ceremony, emotionally thanking the writers who elected him, his Class of 2016 classmate Griffey and his childhood heroes Mike Schmidt and Johnny Bench. Over 28 minutes at the podium, Piazza’s voice cracked with emotion several times.

“Nobody gets here alone,” Piazza said, who also thanked his former manager Tommy Lasorda, former hitting coach Reggie Smith and former Dodgers teammate Eric Karros, among others. “And how can I put into words my love and appreciation for New York Mets fans. Looking back into this crowd of blue and orange brings me back to the greatest time of my life. The thing I miss most is making you cheer.” 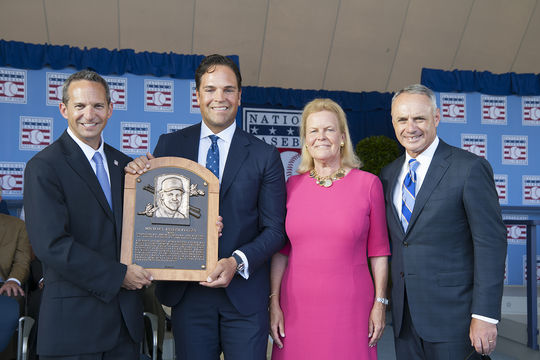 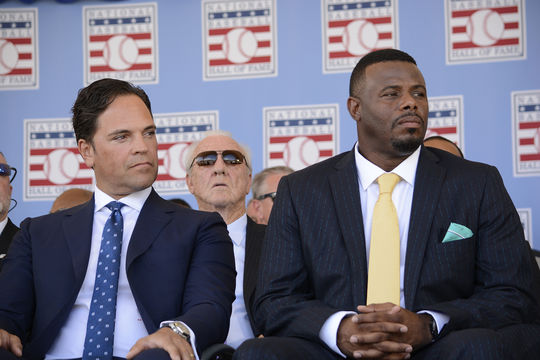 Piazza also acknowledged the first responders from the Sept. 11 attacks in New York City – drawing a long, appreciative cheer from the crowd – then turned to his family.

“My father’s faith in me, often greater than my own, is the single most important factor in me being elected into this Hall of Fame,” Piazza said. “We made it, Dad. The race is over. Now it’s time to smell the roses.”

The usually stoic Griffey also broke down repeatedly – to the applause of the thousands of Mariners fans who made the 2,800-plus mile trip to Cooperstown, turning the Induction Site green and white…where it was not Mets blue and orange.

“I stand up here humbled and overwhelmed,” Griffey said, who spoke for 21 minutes. “I got to play this game for 22 years, and I wouldn’t trade it in for anything. I got a front-row seat to the greatest team ever assembled, the 1975 and 1976 Big Red Machine. And I got to wear the same Reds uniform as my Dad.

“I’m going to leave you with one thing: Out of my 22 years, I’ve learned that only one team will treat you the best. And that’s your first team. I’m very proud to be a Seattle Mariner.”

Then Griffey donned a ball cap, turned it around in his trademark style, and smiled.

“I’d like to thank the Mariners, Reds and White Sox for making this kid’s dream come true.” 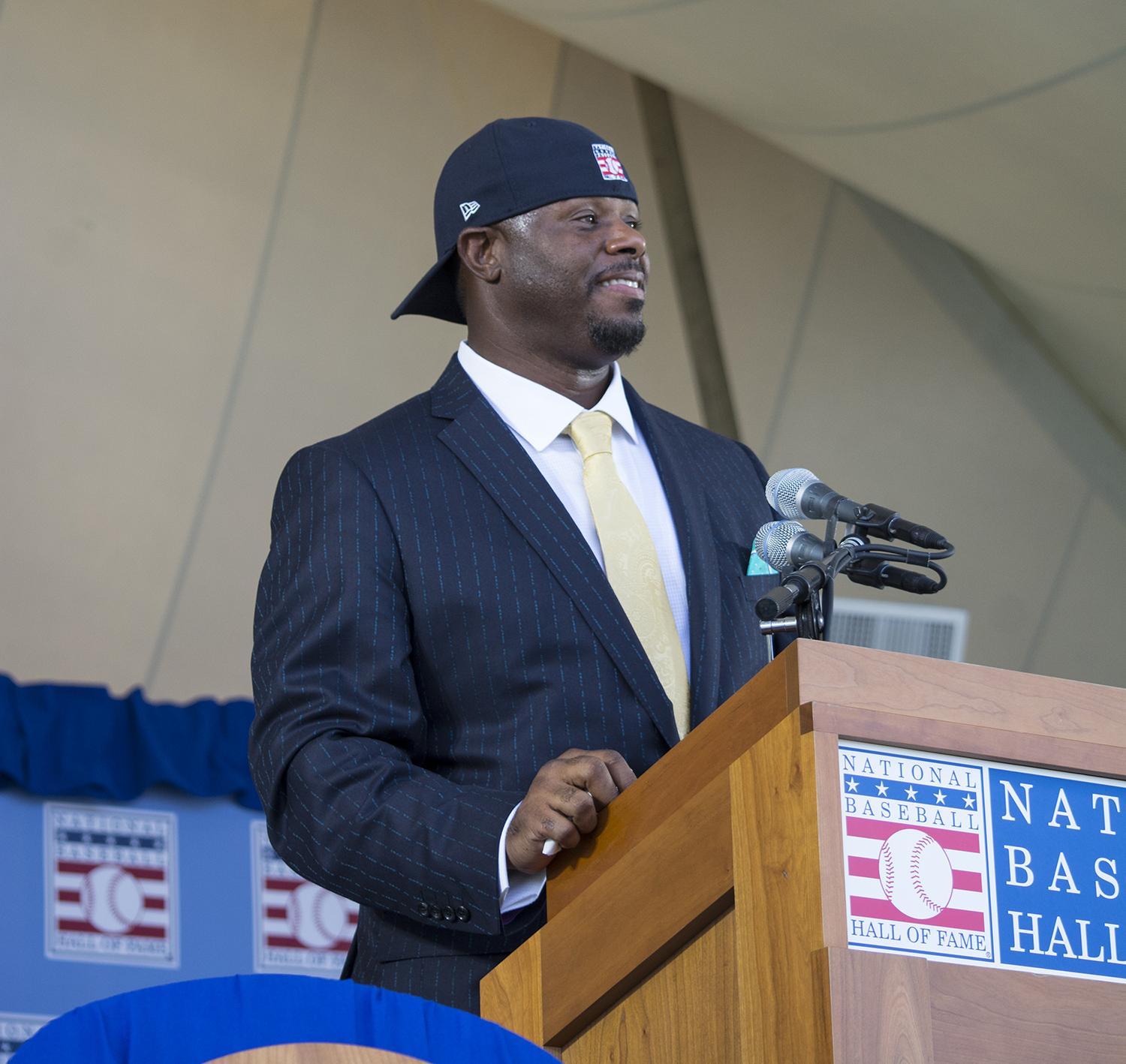 Other highlights from Sunday included:

**Alexandra Fassler, a native of nearby Oneonta, N.Y., delivered a stirring rendition of “The Star-Spangled Banner.”

**During the introduction of returning Hall of Famers, thunderous standing ovations came for several Hall of Famers, including Randy Johnson, Whitey Ford and Joe Torre. Fifty Hall of Famers – including the Class of 2016 – took the stage in Cooperstown to participate in the Induction Ceremony. The Ceremony lasted one hour and 55 minutes.

Transcripts of Sunday’s Induction Ceremony speeches of Ken Griffey Jr. and Mike Piazza will be available this evening at www.baseballhall.org/media-info.