In the 50th renewal of the Hall of Fame Game at Doubleday Field, the Montreal Expos and the California Angels played to a 6-6 tie on Aug. 5, 1996.

It was the first time a Hall of Fame Game had ended in a tie since 1988.

The teams combined for 10 home runs in the contest, setting a new Hall of Fame Game record.

Scoring began in the top of the second when Henry Rodríguez and Sherman Obando hit back-to-back home runs to give the Expos a 2-0 lead.

The Angels responded in the bottom of the inning when George Arias hit a two-run home run to score J.T. Snow and to tie the game.

Randy Velarde followed with a solo shot to give the Angels their first lead of the game.

The Angels rallied back, however, when center fielder Rex Hudler hit a triple to begin the bottom of the eighth and later scored when California’s bullpen coach Mick Billmeyer – pinch-hitting for Don Slaught – lofted a two-run home run over the right field fence.

Expos’ catcher Tim Spehr hit a leadoff home run in the top of the ninth to tie the game.

Of the six pitchers in the game, only Montreal starter Jeff Juden escaped without allowing a run, pitching just the first inning and walking two batters.

The game marked the fifth tie in Hall of Fame Game history, with the American League holding an overall 27-18 lead in the series.

Only the 1988 tie between the Cubs and the Indians had gone the full nine innings. 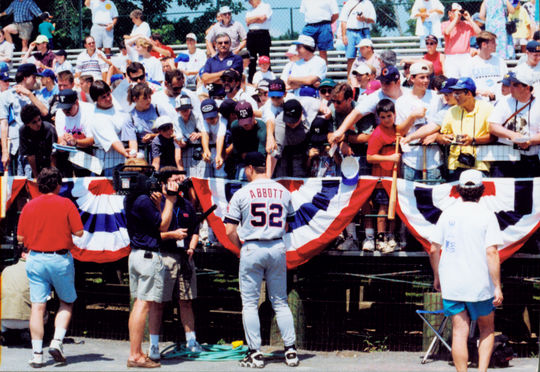 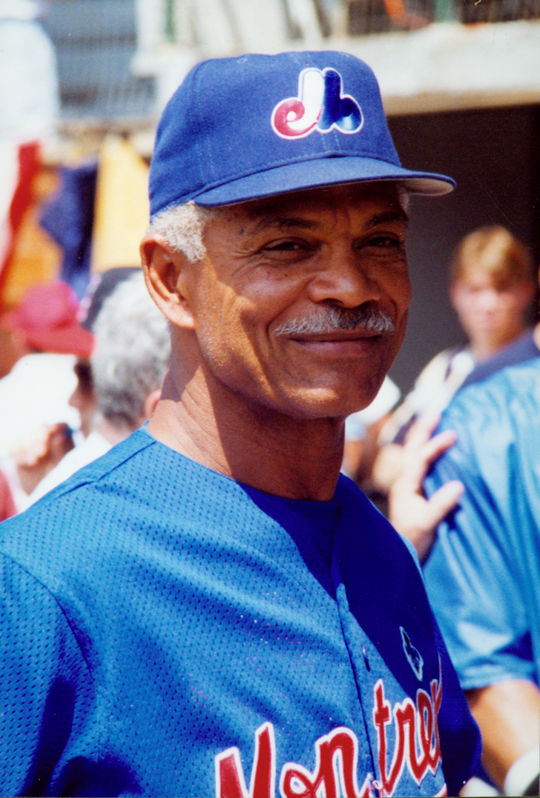 Expos manager Felipe Alou smiles for the camera on Aug. 5, 1996, at the Hall of Fame Game. (Tom Ryder/National Baseball Hall of Fame and Museum) 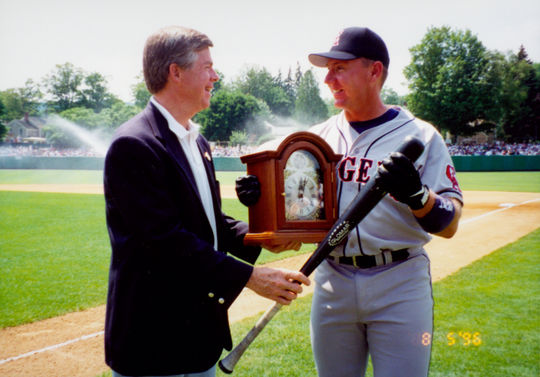 Hall of Fame President Don Marr presents a clock to the Angels' Jack Howell as the winner of Home Run Derby at the 1996 Hall of Fame Game. (Frank Vitagliano/National Baseball Hall of Fame and Museum) 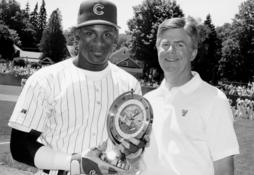 The Cubs and Tigers met at Doubleday Field in the 49th Hall of Fame Game. 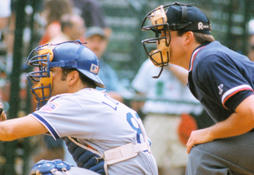 The Los Angeles Dodgers defeated the San Diego Padres on Aug. 4, 1997, in the Hall of Fame Game.