Richie Zisk and Pat Putnam each hit two home runs for the Rangers, who scored runs in six of nine innings.

Zisk put Texas on the board early with a solo shot in the top of the first inning. Teammate Larvell Blanks hit a two-run home run in the second to give the Rangers a quick 3-0 lead.

Zisk’s second home run and Putnam’s first came in the third inning to make the score 5-0.

The Padres rallied off four consecutive hits in the bottom of the fifth to score a pair of runs, but Texas got them right back in the top of the sixth with Putnam’s second home run of the day, a two-run shot to right-center field.

San Diego scored twice more in the bottom of the seventh and once in the eighth, but Texas’ three-run ninth inning cemented the Rangers' victory. 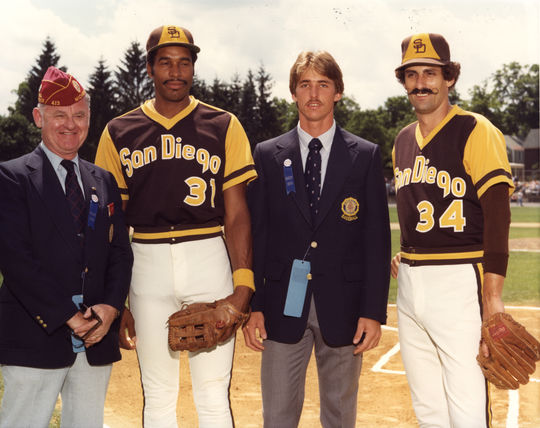 John Carey, Dave Winfield, American Legion Player of the Year Ross Jones and Rollie Fingers pause for a photo at Hall of Fame Game on Aug. 6, 1979, in Cooperstown. (National Baseball Hall of Fame and Museum) 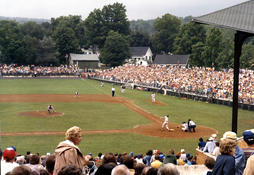 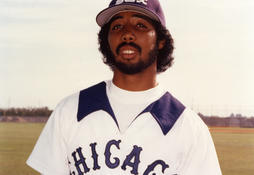