As a rookie, Paul Waner – a future member of baseball’s 3,000-hit club – set himself on the path to Cooperstown with a game for the ages.

Waner started the game with his first of six hits – a liner off of Cardinals starter Freddie Fitzsimmons, who couldn’t escape the first inning, allowing five runs while only recording one out. Later in the game, Waner would add two more singles as well.

The 1952 Hall of Fame electee would also record three extra-base hits in the contest, knocking his 25th and 26th doubles of the year, as well as his 18th triple.

At age 23, Waner would lead the league with an eye-popping 22 triples and record a batting average of .356.

Despite the success of his rookie year, Waner’s true breakout campaign came the following year in 1927. 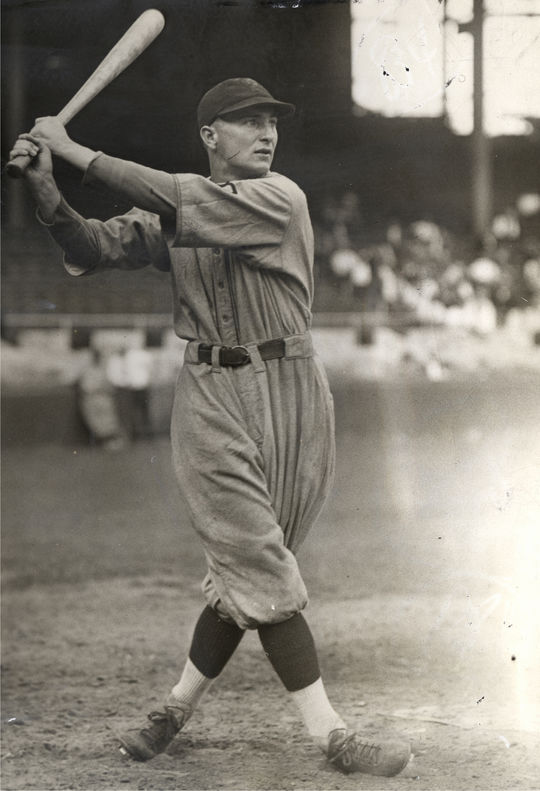 Hall of Fame outfielder Paul Waner played the first 15 seasons of his career with the Pittsburgh Pirates winning both the National League MVP Award and league pennant in 1927. BL-9658-89 (Charles Conlon/ National Baseball Hall of Fame and Museum)

He just laid that bat on his shoulder, and when he saw a pitch he liked he threw it off.

For the year, the Waner would hit a career best .380 to win his first of three career batting titles. Waner added a league-high 18 triples and 131 runs batted in, his career-high.

The 1927 season would be the first of eight 200-hit seasons for Waner in his career. He would finish with a career-high 237 hits on the year. Waner’s campaign helped lead the Pirates to the National League pennant that year.

For his efforts, Waner was named the NL’s Most Valuable Player in just his second season in the big leagues.

A four-time All-Star Game selection and part of the inaugural NL team in 1933, Waner led the league in hits twice and finished second three other times.

And he did it all with a simple approach to hitting.

“He just laid that bat on his shoulder and when he saw a pitch he liked he threw it off,” former teammate Buddy Hassett said. 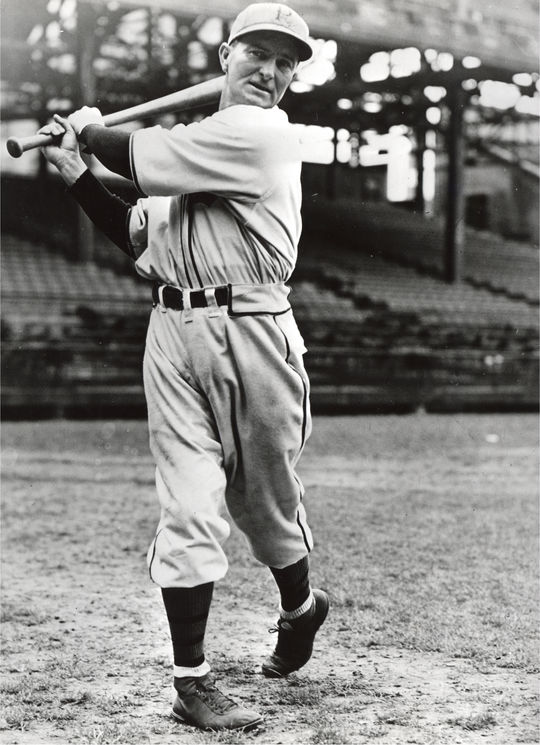 A career .333 hitter, Waner was an extra-base hit machine. His 191 career triples are the 10th most all-time and his 605 doubles rank 11th on the all-time list.

In addition to his prowess at the plate, Waner made an impact defensively as well, his 241 outfield assists rank 25th all-time.Waner also finished second in the NL MVP voting in 1934 when he led the league with a career-high 122 runs and hit .362 en route to his second career batting title.

In the Pirates outfield, Waner was joined by his younger brother Lloyd who played next to him in center field for 14 seasons. The two combined for a total of 5,611 hits, the most among brothers in the history of the game. 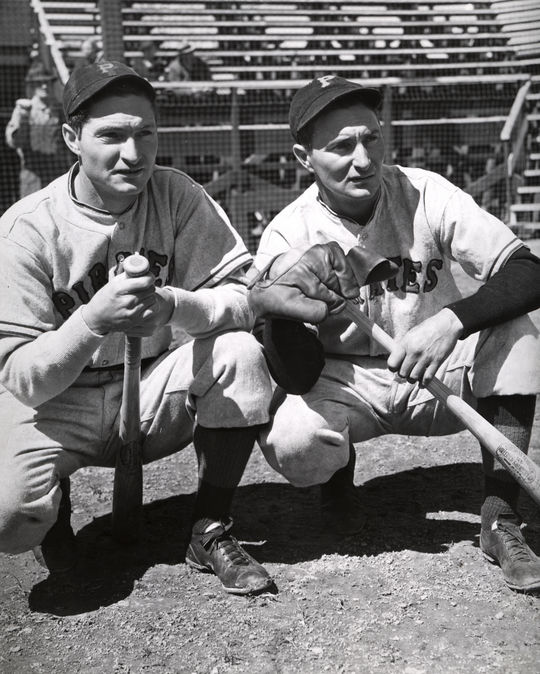 Brothers Lloyd and Paul Waner patrolled the outfield together for 14 years in Pittsburgh, and later combined forces again for the Boston Braves in 1941, and the Brooklyn Dodgers in 1944. BL-3798-68 (National Baseball Hall of Fame Library)