The Yankees scored six of their seven runs on home runs as New York defeated the Philadelphia Phillies 7-4 at the Hall of Fame Game on July 26, 1965, at Doubleday Field.

The Yankees struck first in the third inning with their only run of the game that was not scored on a home run. Third baseman Clete Boyer reached safely on a throwing error by Philadelphia starting pitcher Lew Burdette. After Yankees starting pitcher Gil Blanco sacrificed Boyer to second, Phil Linz doubled down the right field line to score Boyer.

In the fifth inning, Boyer hit a two-run home run to give New York a 3-0 lead, but the Phillies responded with three runs of their own in the bottom of the inning. Wes Covington, Dick Stuart and Pat Corrales each singled to load the bases, then Bobby Wine cleared the bases with a double to center field. 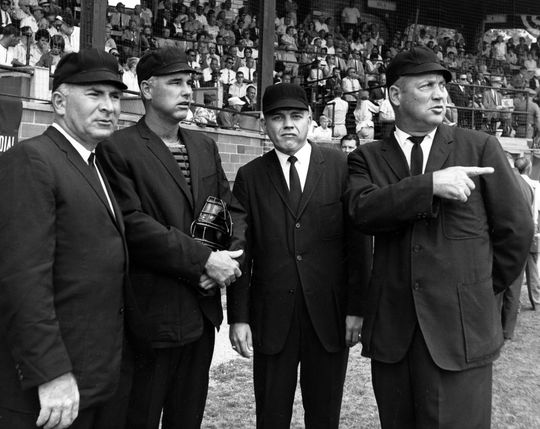 The tie was as close as the Phillies would get though, as the Yankees came back in the top of the sixth to score three runs on a solo shot from Jake Gibbs and a two-run homer from Joe Pepitone.

New York added an insurance run when Hector Lopez homered off of Philadelphia reliever Bo Belinsky in the top of the eighth.

The Phillies mustered a run in the bottom of the ninth on a John Herrnstein solo shot.

For the Yankees, Boyer had two hits, two RBI and two runs scored and center fielder Roger Repoz had three hits and a run scored. Jim Brenneman, who relieved Blanco, picked up the win after pitching four and one-third innings, allowing just one run on one hit.

The Yankee win gave the American League a 12-10 advantage over the National League in Hall of Fame Games. 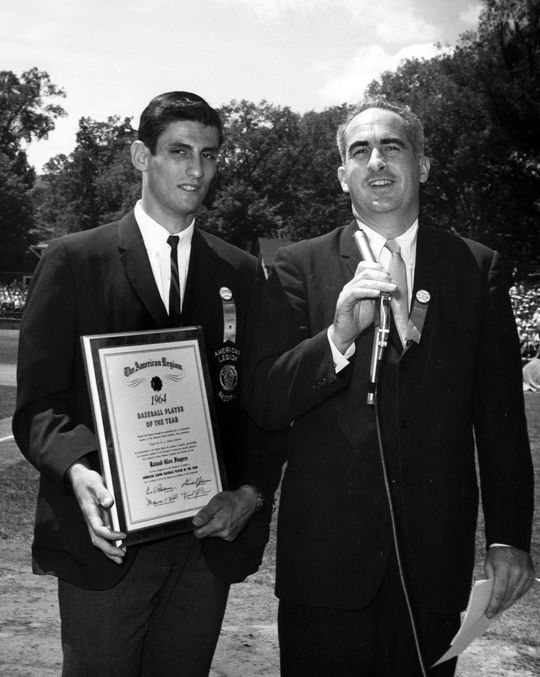 Rollie Fingers is presented with the 1964 American Legion Baseball Player of the Year Award at the 1965 Hall of Fame Game in Cooperstown. (National Baseball Hall of Fame and Museum) 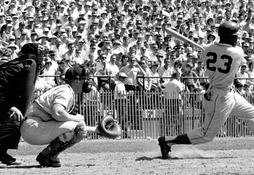 The expansion Washington Senators and New York Mets made their first Hall of Fame Game appearances in 1964. 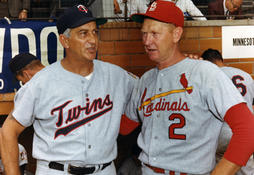 The St. Louis Cardinals and Minnesota Twins met at Doubleday Field on July 25, 1966 in the Hall of Fame Game.