Over a 22- year career, Young compiled a 511-316 record with a 2.63 ERA. He holds records for games started, complete games, and innings pitched, among others. He was the ERA title holder twice, a pitching Triple Crown winner, as well as a member of the 1903 World Series champion Boston Americans.

These are the baseball facts of Hall of Famer Cy Young. But thanks to a series of oral histories in the National Baseball Hall of Fame’s audio/video collection, we know that there was so much more behind the man than just baseball.

Oral histories allow the listener to experience a player beyond the field of play. Rod Roberts of the State University of New York, Oneonta, conducted a number of such interviews on behalf of the Hall of Fame back in the 1980s and early 1990s. One set of tapes is an interview he held on July 16, 1994 – not with Young, but with Jane Benedum. 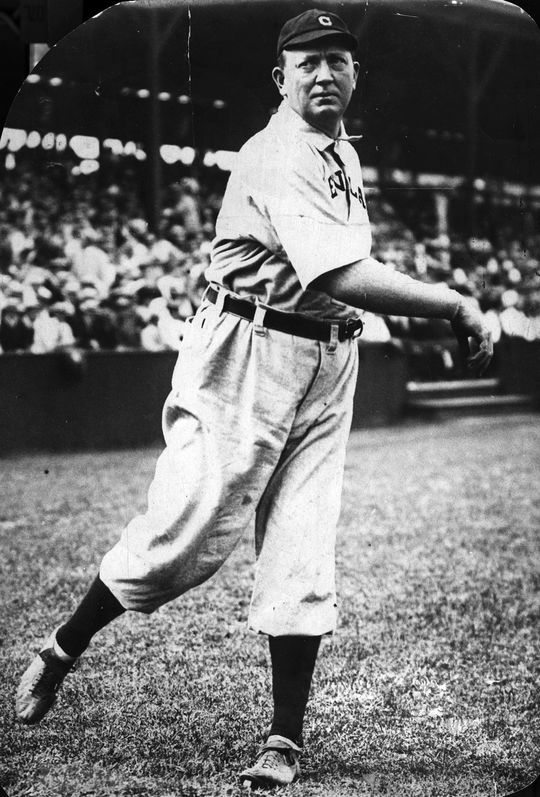 Cy Young still sits atop the record list for all-time career wins, with 511. He played in the major leagues for 22 seasons. (Charles Conlon / National Baseball Hall of Fame and Museum)

Benedum, born on Sept. 8, 1935, was unborn at the time that Young came to live with her parents, John and Ruth Benedum. Young moved in with the Benedums in 1933 after the death of his wife and at a time when he was experiencing some financial difficulties. In the interview, Jane stated that she was a colicky baby and that Young was sometimes the only one who could get her to calm down – and there was a “bond there from then on.”

She later helped him out on the farm with his chores, anything from fixing a fence to planting vegetables. She accompanied him to various baseball activities and he went to her school activities. During one of her few visits to the Hall of Fame, she was recognized by a fellow visitor to the Hall as Young’s traveling companion.

While she recognized that Young was an idol of sorts and very famous in the baseball world, Benedum knew him as a friend and family. Asked if she thought of him like an uncle or grandfather, though, and she said no, not really. She understood, even at a young age that there was a distinction and that he was “just plain Cy.” For Young, she was either Jane or “the kid,” the nickname coming from all the time she spent by his side.

Young continued to watch after Benedum, even while she took care of him. By the 1940s, Young had begun to lose his eyesight, which meant needing help with some of the things he used to do himself, like corresponding with his brother. Benedum recalled having helped Young read his brother’s letters. Her help didn’t stop there. She was allowed to get her driver’s license at the age of 14 to help Young get around. She drove him around town and to different events and baseball games.

Young never gave up watching over Benedum. He encouraged her to finish high school and to go on to nursing school. It was one of his proudest moments to see her graduate from high school and it was his hope to see her graduate from nursing school. Young died before that happened, passing away on the morning of Friday, Nov. 4, 1955 at the age of 88. She was away at school, but was coming home that evening. After his death, Benedum struggled for some time without Young in her life. He was an important part of her life, telling Roberts in the interview that “he didn’t replace anybody else. It wasn’t a case of that because I had my own grandparents. It wasn’t anything like that. There was just something that we had as an old man and kid.”

Benedum went on to live a full life, becoming a nurse and having a family. Coincidentally, she died on Young’s birthday, March 29, 2011 at the age of 75. At the time of her death, Benedum’s daughter, AnaMarie Haakinson, may have put it best, saying “Cy got the best birthday present he could ever want, getting my mom back.” 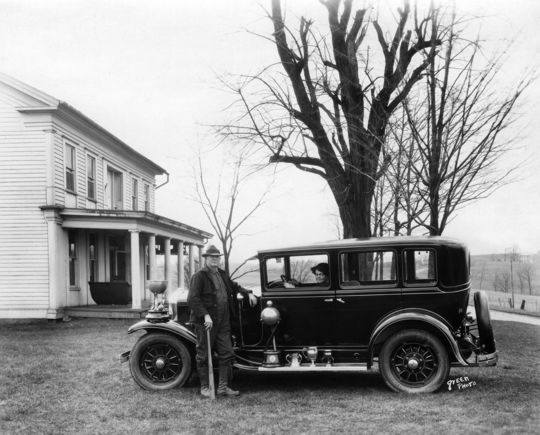 Cy Young, pictured with his wife, at their home in Newcomerstown, Ohio. When his wife died in 1933, Young moved in with John and Ruth Benedum, the parents of Jane Benedum. (National Baseball Hall of Fame and Museum) 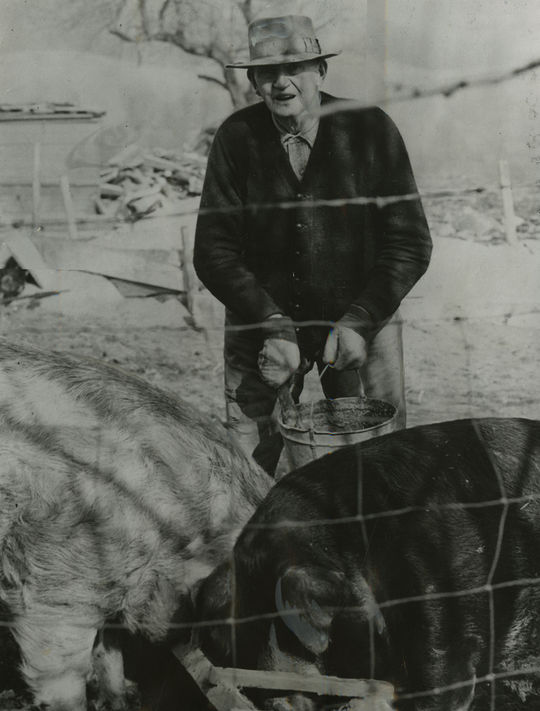 Cy Young lived on the Benedum farm for years and helped out with chores, such as feeding pigs. PASTIME (National Baseball Hall of Fame and Museum)