A time, a place, and a memory. Or rather many a times, countless memories and one monumental place.

From 1923–2008, the original Yankee Stadium stood tall and proud, providing a backdrop for millions, if not billions of fans to enjoy the game. Physically, the initiative began with two men: Colonel Jacob Ruppert and Colonel Til Huston, co-owners of the New York Yankees. The project was then executed by the White Construction Company of New York, but was coined as “The House That Ruth Built” in the years to come.

The nickname given to the architectural marvel was put into motion from the first day the turnstiles turned. In the stadium opener, the Yanks hosted the Boston Red Sox in front of a sold-out crowd. The Bambino welcomed everyone in the third inning with a three-run homer that powered the Yankees to a 4–1 home opener victory in the Bronx. 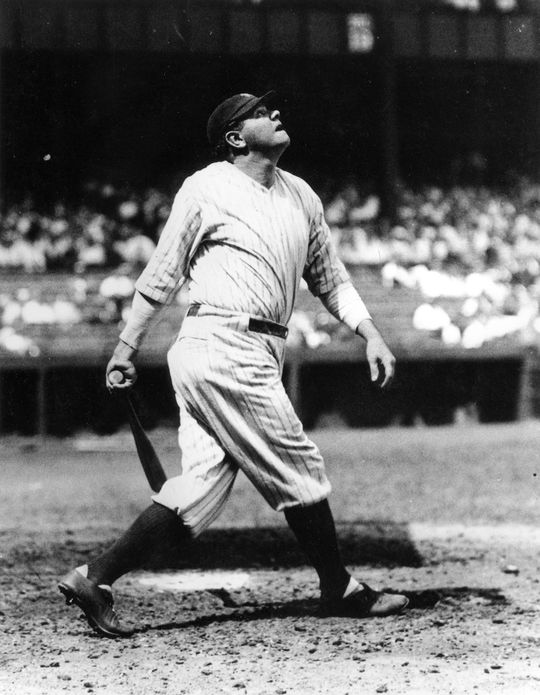 Babe Ruth played in Yankee Stadium from its inception in 1923 until his final year with the Yankees in 1934. (National Baseball Hall of Fame and Museum) 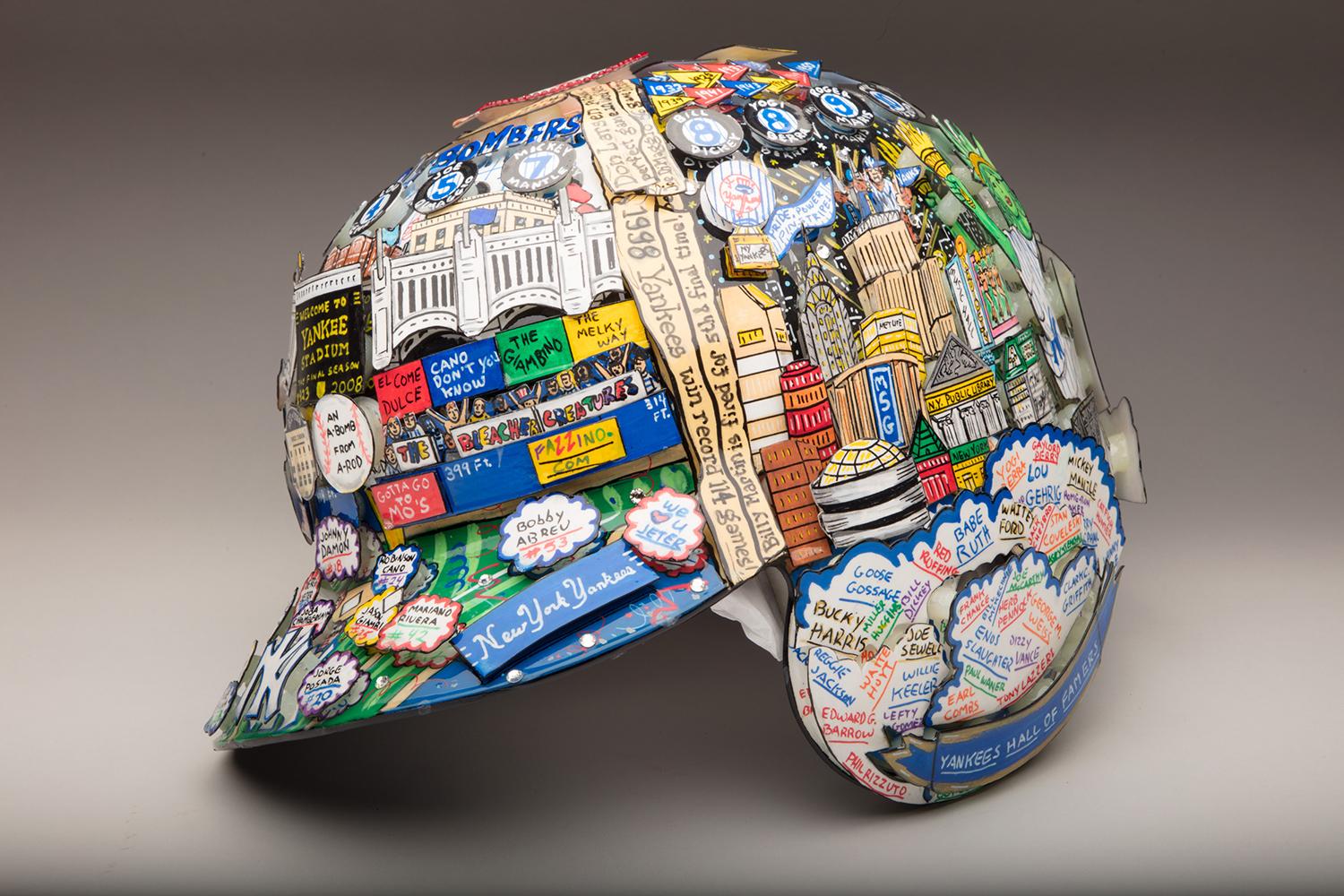 Charles Fazzino, a popular contemporary pop artist of about 35 years, has built up a diverse portfolio in his dimensional and animated style. Baseball is one of those celebrated subjects. Fazzino’s piece, “The House That Ruth Built,” is hand cut and hand painted over an official batter’s helmet. Today, that piece is preserved by the National Baseball Hall of Fame and Museum. 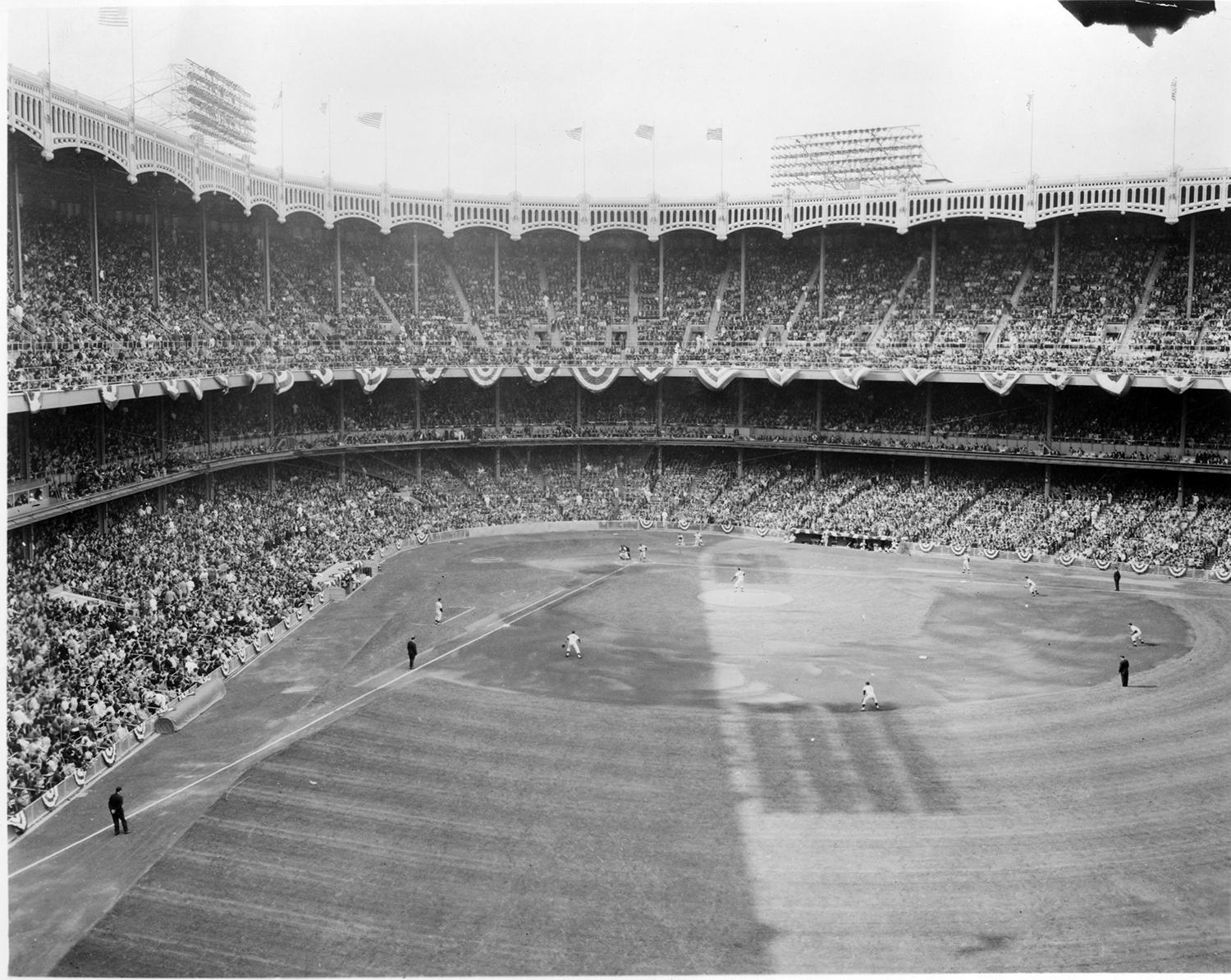 Constructed in 1923, Yankee Stadium would host the Yankees through the 2008 season before the team moved into a new building across the street in the Bronx. (National Baseball Hall of Fame and Museum)

Though the title points distinctly to Ruth, the helmet sheds so much vibrant light on all of the Bronx Bombers greats who took roll call on that diamond. With such a rich history to tell on a size 7 batter’s helmet, you can find a new story to dive into each time you look.

So many times, countless memories and one monumental place: The first Yankee Stadium, “The House That Ruth Built”, held 85 years of moments worth celebrating within its walls. Fazzino’s work, carefully curated and visually captivating as it is, connects generations of fans and players booming with pinstripe pride.