#Shortstops: Growing Up with the AAGPBL

This is, of course, not a modern phenomenon, nor is it one limited to the men who play in the majors today. In the mid-20th century, the All-American Girls Professional Baseball League was formed in anticipation that teams might be disbanded due to World War II. The AAGPBL played for 12 seasons from 1943 to 1954. But not only did the league give over 600 women the opportunity to play professional baseball across the United States, it also inspired hundreds more to try their hand at the game. Despite the short life of the league, it gave girls female sports heroes to idolize and aspire to become.

One of these girls was Renae “Ray” Youngberg. Born in Minnesota in 1933, she was 10 years old during the first season of the AAGPBL. In 1947, after she and her mother moved to northern Illinois, just a stone’s throw away from the Kenosha Comets 16 miles north and the Racine Belles 10 miles beyond. In 1948, the Chicago Colleens would be formed 40 miles south, and two other teams in the state besides. Nowhere else in the U.S. was women’s baseball culture more prominent.

The Comets changed Youngberg’s life. She attended as many games as she could and soon joined their junior league. Many of the AAGPBL teams’ towns and communities sponsored junior and Bobbie Sox leagues for girls between 12 and 18 (some took players as young as eight) and had the professional players help coach the girls. The leagues developed good publicity, encouraged local support, and groomed future players for their unique combination of softball and hardball. Youngberg got to as many practices as she could with the Kenosha junior league. 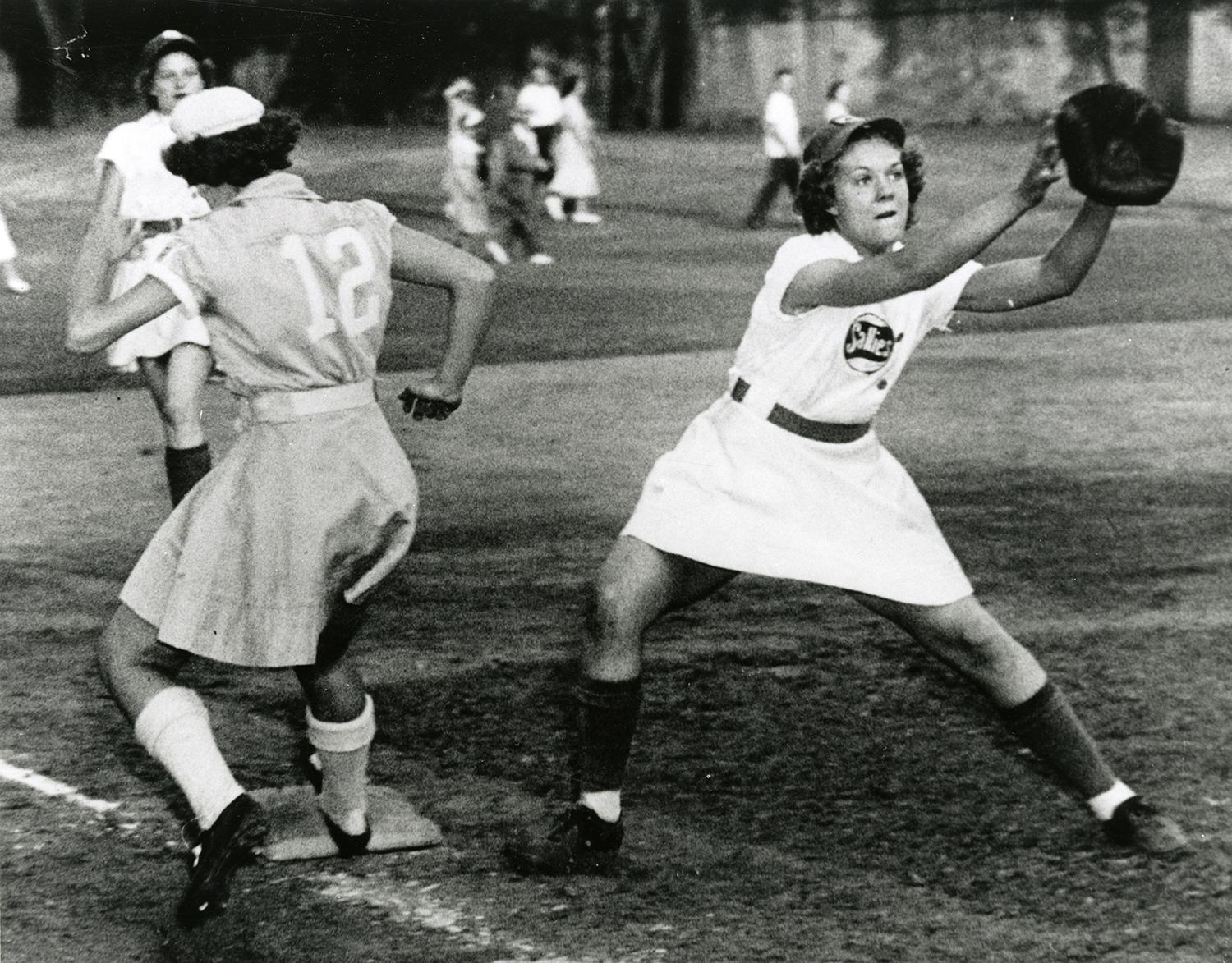 Renae Youngberg makes a play at third base during her tenure with the Springfield Sallies. (National Baseball Hall of Fame and Museum)

In 1949, Youngberg heard that the AAGPBL was having try-out camps in Chicago. She was assigned to one of the league’s instructional teams, but after just three weeks was picked up by the Springfield Sallies, which toured the east half of the country with the Chicago Colleens to promote the league and develop new players. Youngberg was in professional baseball.

The Sallies and Colleens played 76 games in 86 days in 20 different states. All of the locations were hundreds or thousands of miles from the nearest AAGPBL team, in front of audiences that may have never seen an all-women team before. Management also used the opportunity to scout new players, trying out about 600 girls before games. Though only 11 were selected to continue with the teams, the tour supervisor, Leonard Zintak, said that these girls “…have been judged the best prospects for future League work. They came from sections of the country where they would never have been found but for the Barnstorming Tour.”

The Springfield Sallies, pictured in 1949. Renae Youngberg is standing seventh from the left. (National Baseball Hall of Fame and Museum)

The next year, Youngberg was selected by the Grand Rapids Chicks to play third base, but had to take the season off when she contracted tuberculosis. She recovered and rejoined the Chicks in 1951 where she played until the league folded in 1954, finishing with her best season. After the league closed, she went on to teach for 30 years and coach baseball and softball for half of those years, taking her turn to nurture young ballplayers. 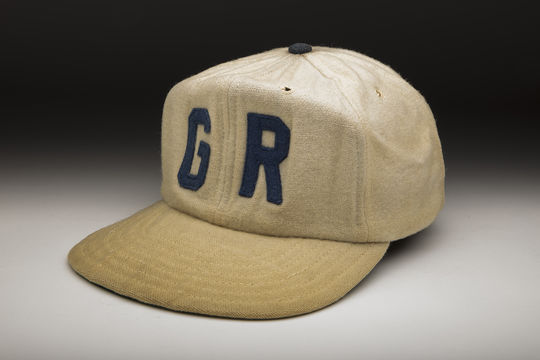 This cap was worn by Renae Youngberg during her stint with the Grand Rapid Chicks (from 1951-1954). (Milo Stewart Jr. / National Baseball Hall of Fame and Museum)

The women of the AAGPBL were critical representation in baseball to inspire girls to get on the field. While every ballplayer (and fan) can idolize their favorite professional player and see them as heroes on the diamond, for the little girls growing up watching this league, seeing a woman just like themselves opened the door to the dream of being a hero on the diamond themselves. The AAGPBL was a brief chapter in a long history of women in baseball, nearly as old as the game itself and spanning to the present day. But in Renae Youngberg’s era, a league of extraordinary women showed thousands of girls that they too, could play ball and gave them a place to do it.