It’s no easy feat to make history in an Atlanta Braves uniform. Some of baseball’s best and brightest have donned the distinctive blue and red, from Hank Aaron and Eddie Mathews to Chipper Jones.

The Braves’ record books are chock-full of greatness, but Adam Duvall still managed to make his mark on the storied franchise. On Sept. 9, 2020, he became the first player in Braves history to record two three-homer games.

The veteran outfielder’s achievement was even more impressive given that his first three-homer game had come just seven days prior to his second, during an incredible stretch when Duvall hit eight home runs within 29 at-bats.

His superb night at the plate came directly on the heels of teammate Marcell Ozuna’s own three-homer game the previous day. The Atlanta duo became the first teammates in MLB history to have three-homer outings in consecutive games. Yankees teammates and Hall of Famers Lou Gehrig and Babe Ruth achieved the feat in 1930, but a doubleheader during the two-day stretch meant they technically did so within a span of four games. 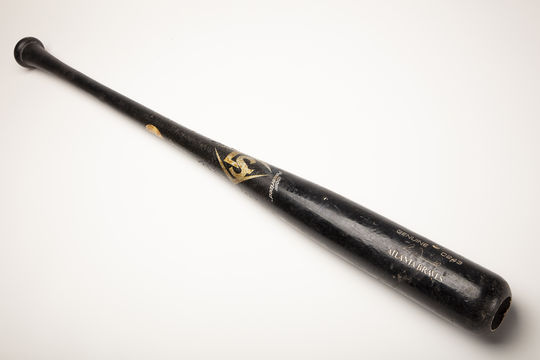 But somehow, just eight days later, it got even cooler.

In a divisional face-off between the Braves and Marlins, Duvall went 3-for-4 once more: A two-run homer in the second, a three-run shot in the fifth and a grand slam in the seventh. His nine RBI for the night contributed to a National League record 29-9 victory.

After the game, Duvall was modest in his remarks.

“You never know what can happen when you juggle some pieces around,” Duvall said. “Baseball is a funny game. You can be off one night and the next night have the best night of your life. That is baseball.” 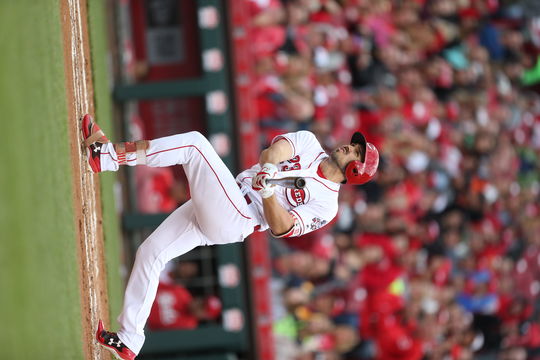 Adam Duvall, pictured here during his time with the Cincinnati Reds, made history in 2020 when he had two three-homer games in an eight-day stretch. (Cincinnati Reds)

There have been just 26 three-home run games in Braves franchise history, and Duvall is now responsible for nearly eight percent of them. He used a classic Louisville Slugger to hit those six home runs and has generously donated this bat to the National Baseball Hall of Fame and Museum. 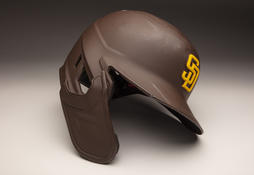 The San Diego Padres made history in 2020 as the first team to hit a grand slam in four consecutive games. 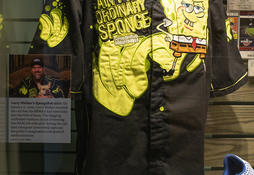 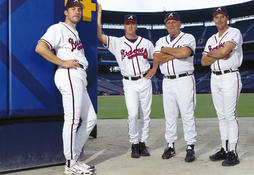 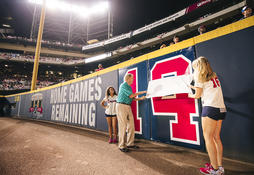