With one swing of the bat, Albert Pujols became just the fifth player to reach 2,000 RBI and furthered what already looks to be a Hall of Fame career.

Throughout his career, Pujols has been known as one of the game’s greatest run producers.

His season-high watermark for RBI is 137 in 2006. Pujols would notch his first career RBI on April 6, 2001 in Arizona on a two run homer to left off of Armando Reynoso.

From there, it was off to the races. With St. Louis, he would average a startling 112 RBI per season. During that first season in 2001, Pujols would go on to drive in 130 runners.

That May day in Detroit would produce another headline aside from Albert Pujols joining the 2000 RBI club. When Pujols’s home run ball landed, it ricocheted around the empty seats at Comerica Park like a pinball.

It was then that a Tigers fan by the name of Ely Hydes would claim the ball as his own. Hydes corralled the ball as any fan would under the circumstances. This historic haul also happened to be the first ball caught at a ball game for the then 33-year-old Hydes. 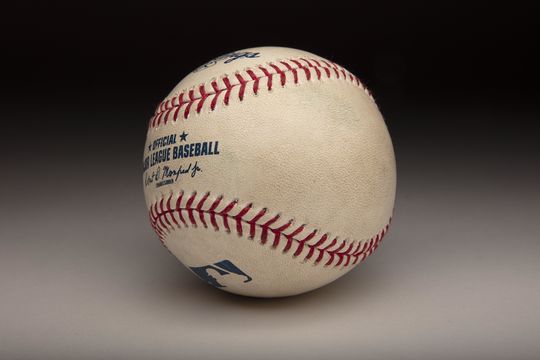 Albert Pujols' 2,000th RBI ball was donated by the Hydes in the name of their son, Cyrus Arlo Maloney. (Milo Stewart Jr./National Baseball Hall of Fame and Museum) 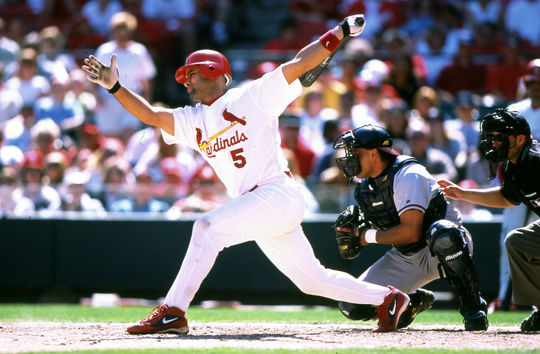 On May 9, 2019, Pujols reached 639 career home runs, leaving him 21 shy of Willie Mays for fifth on the all-time home run list. (John Grieshop/MLB)

Initially, Hydes opted to keep the ball as opposed to giving it up to Pujols. Hydes said he planned to give the ball to his brother or keep it for his soon-to-be-born child. Following the game, Pujols said: “He can have that piece of history. He has the right to keep it. The ball went in the stands.”

Hydes stored the ball in a safety deposit box for several months before final deciding to hand the ball over to be cared for by the National Baseball Hall of Fame and Museum.

The Hydes donated the ball in the name of their son, Cyrus Arlo Maloney, who died suddenly at the young age of 21 months on June 11, 2018. Cyrus was named after Hall of Famer Cy Young. The ball was presented in a ceremony to Hall of Fame President Tim Mead along with Director of Collections Susan MacKay.

The National Baseball Hall of Fame and Museum has a number of other Albert Pujols artifacts including the shoes that he wore in Game 3 of the 2011 World Series when he hit three home runs and the cleats that he was wearing when he notched his 500th career home run. 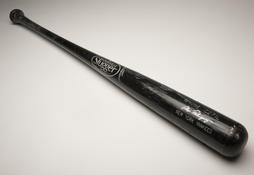 Alex Rodriguez Donates Bat Used for His 2,000th RBI to Hall of Fame

The National Baseball Hall of Fame and Museum has received a donation from New York Yankees designated hitter Alex Rodriguez of the bat he used to record his 2,000th career RBI on Saturday, June 13. 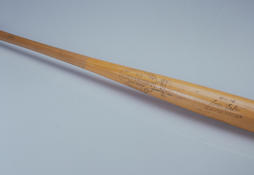 #Shortstops: Bat for a Blast 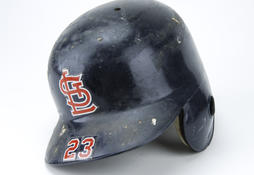 The helmet worn by Fernando Tatis Sr. on April 23, 1999, during a game where he hit two grand slams in one inning is part of the Hall of Fame collection. 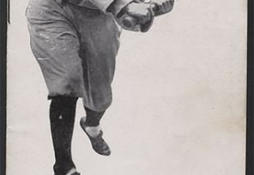