Part of the SHORT STOPS series
Written by: Patrick LaBella

Prior to joining the Cleveland Indians in 1948, Leroy “Satchel” Paige already had himself quite the baseball career.

Having spent the majority of his career playing in the Negro Leagues, Paige was known throughout the baseball community to be one of the most commanding pitchers in the entire sport.

Famous for his “hesitation pitch”, Satchel became the first African-American player to pitch in the World Series in 1948, when he threw two-thirds of an inning in Game 5 for the Cleveland Indians.

That year he posted a 6-1 record after Bill Veeck signed him at 42 years old to a big league contract.

It didn’t take long for fans to show up to see the legendary pitcher at work. For years, tens of thousands of fans had packed stadiums across the country to see Paige take the mound in the Negro Leagues.

After joining the Indians in the midst of a pennant race, even more fans began to follow Paige. On Aug. 20, 1948, in front of more than 78,000 fans at Cleveland’s Municipal Stadium, Paige pitched a three-hit complete game shutout to beat the White Sox 1-0. 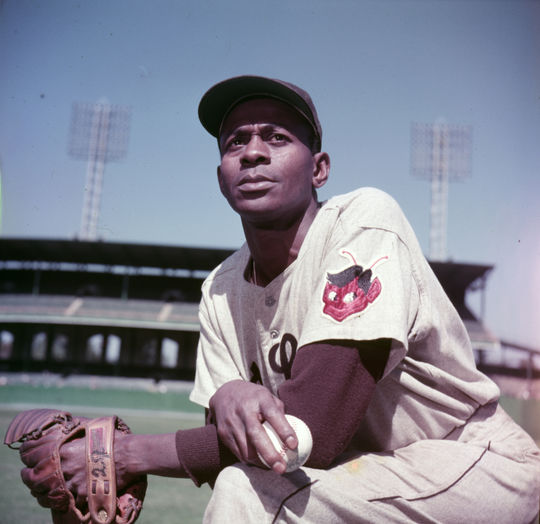 Well before the integration of Major League Baseball, Satchel Paige was regarded as one of the most commanding pitchers in the game. (Look Magazine/National Baseball Hall of Fame and Museum)

To this day, that game still stands as the largest attendance of any crowd at a night game in MLB history.

After taking a year off from pitching in the majors in 1950, Paige would go on to sign with the St. Louis Browns in 1951.

After posting an uncharacteristic 4.79 ERA in the ‘51 season, Paige would come back the following year to have one of the best seasons in his career.

These statistics were enough to earn the veteran pitcher his first All-Star selection at 46 years old.

The Hall of Fame collection contains a jersey worn by Paige during a home game in that All-Star 1952 season. 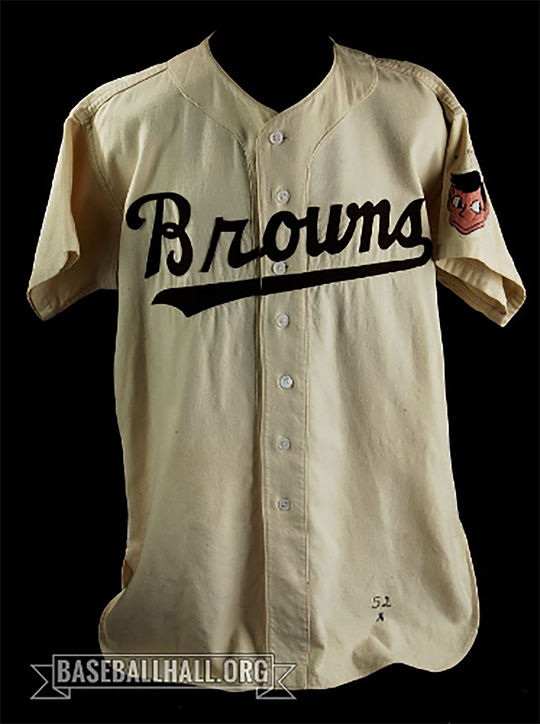 Pictured is a jersey worn by legendary pitcher Leroy “Satchel” Paige with the St. Louis Browns in his first All-Star Season, 1952. (Milo Stewart Jr./National Baseball Hall of Fame and Museum)

Paige wore No. 29 in his first All-Star campaign, and the Browns logo can be seen on the left sleeve of the jersey.

After 1952, Paige would repeat as an All-Star the following year, pitching an inning in the 1953 All-Star Game on July 14 of that year.

Although 1952 and 1953 were Paige’s only official All-Star seasons, he was universally respected by hitters.

His career in the Negro Leagues would ultimately earn him induction to the Hall of Fame in 1971 – the first Negro Leagues player to earn election. 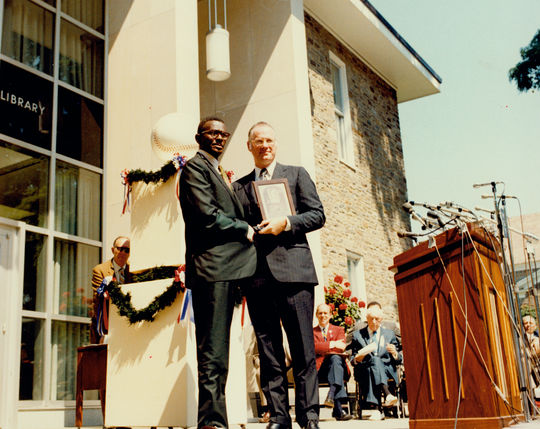 Satchel Paige was the first Negro Leagues player to be inducted into the Hall of Fame. He was elected in 1971. (National Baseball Hall of Fame and Museum)