#Shortstops: Shoes for a legend

Part of the SHORT STOPS series
Written by: Anthony DeSimone

It’s rare to find many moments that live in infamy quite like the Black Sox World Series scandal of 1919.

It was a matchup where the Chicago White Sox were initially heavily favored in over the Cincinnati Reds, but the White Sox lost the series 5 games to 3 in a best-of-9 set. A year later, eight players of the 1919 White Sox roster were accused of “throwing” or purposefully losing the World Series in exchange for payment from an array of bookmakers with ties to organized crime.

Of those eight players accused, Shoeless Joe Jackson is perhaps the most notable.

Though his nickname might lead one to believe otherwise, Jackson dawned black leather shoes featuring six metal spikes during that infamous 1919 season – spikes that are now a part of the Hall of Fame’s collection.

The spikes were typical for the early part of the 20th century, and the man credited with having one of the best natural baseball swings of all-time put them to good use. 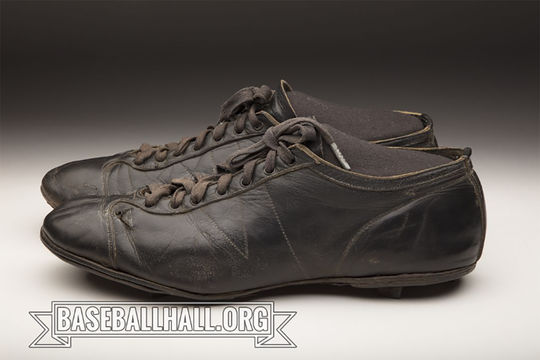 These spikes were worn by Shoeless Joe Jackson in 1919, the same year of the infamous Black Sox World Series scandal. (Milo Stewart Jr./National Baseball Hall of Fame and Museum)

Joe Jackson grew up as a millhand and was playing on a factory team in South Carolina when he was discovered by scouts of the Philadelphia Athletics. His rights were purchased for $1,000 by Connie Mack and he debuted for Philadelphia in 1908, where he played until he was traded to the Cleveland Naps in 1910.

During his nearly six full seasons in Cleveland, Jackson established himself as one of the game’s best hitters, batting .375 in that span. He was then traded to the Chicago White Sox in the middle of the 1915 season and would go on to help lead the White Sox to a World Series victory in 1917 over the New York Giants.

Though he was one of the game’s titans, Shoeless Joe was swept into a scheme to fix the 1919 World Series. 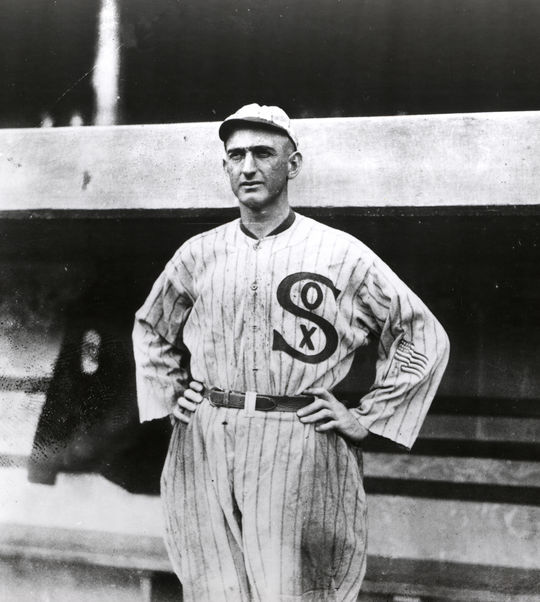 Joe Jackson was traded to the Chicago White Sox in the midst of the 1915 season, and went on to help lead them to a World Series victory in 1917. (National Baseball Hall of Fame and Museum)

Jackson pleaded his innocence in the scandal, claiming that he refused a $5,000 bribe after being coerced to join in the fix by teammate Lefty Williams multiple times before Williams ultimately left the bribe in Jackson’s hotel room.

He also claimed to have attempted to alert the owner of the Chicago White Sox, Charles Comiskey, about the fix but Comiskey refused to meet with him. In the end, all eight men accused, including Jackson, were placed on the MLB’s Ineligible List.

Legend has it that as he was leaving the courthouse after giving his testimony and admitting to some form of involvement in the fix, a boy yelled out “Say it ain’t so, Joe! Say it ain’t so!”

Many within the baseball world wish they could do just that. 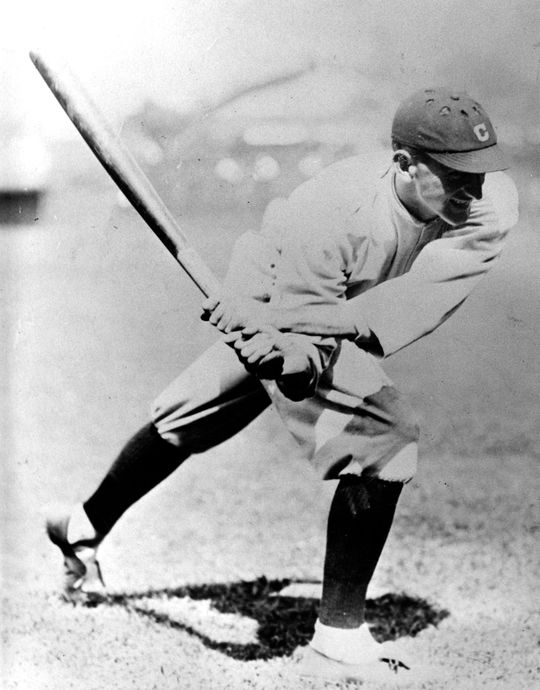 Joe Jackson began his professional baseball career with the Philadelphia Athletics in 1908, and was traded to the Cleveland Naps in 1910. (National Baseball Hall of Fame and Museum)

Joe Jackson represented the humble, working-class American and played with tremendous pride while experiencing a great amount of success over the duration of his career. Though Jackson is ineligible for the Hall of Fame, the Museum does honor his excellence by showcasing and preserving a number of his artifacts. 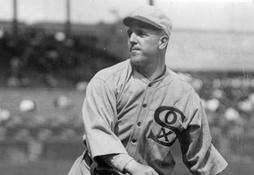