Joe Tinker had a Hall of Fame career as a Major League Baseball player. But it was his off-the-field success following his playing career that made him a legend in Central Florida.

As the shortstop of the Chicago Cubs in the early 1900s, Tinker helped lead the team to four National League pennants and two World Series championships from 1906-1910.

Tinker was also a successful player-manager. From 1913-1916, his last four years in the big leagues, he managed the Cubs, the Cincinnati Reds and the Chicago Federals/Whales of the Federal League, leading the Whales to the pennant in 1915.

He then moved on to manage in the minor leagues, first managing the Columbus Senators of the American Association from 1917-1918 before landing with the Orlando Tigers of the Florida State League in 1921.

Before the season began, an Orlando sportswriter predicted that, with Tinker at the helm, the Tigers would clinch the pennant by June 1. Proving him right, the Tigers came roaring into the season winning their first seven games. By June 15, the Tigers were the only team in the FSL with a winning record. There was talk of splitting the season into two halves to drive up fan interest, but it never came to be.

Never seriously threatened, the Tigers captured the FSL pennant with a 73-42 record, eight and a half games ahead of the second place Tampa Smokers.

A team picture of the 1921 Orlando Tigers is preserved in the National Baseball Hall of Fame and Museum’s Dean O. Cochran Jr. Photograph Archives.

Taken on April 16, 1921, the team photo was shot in two takes, because outfielder Dutch Ollerman moved during the first take. Tinker stands proudly in the first row, third from the left. 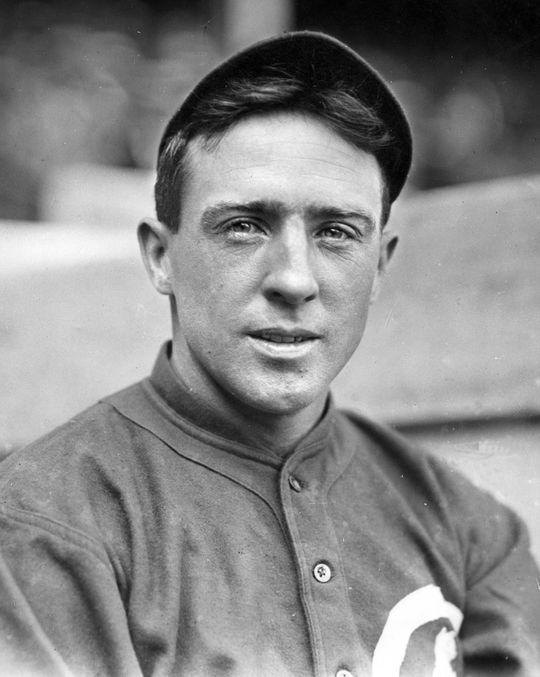 Before he served as a manager, Joe Tinker helped lead the Cubs to four NL Pennants and two World Series titles from 1906-1910 as the club's shortstop. (Charles Conlon/National Baseball Hall of Fame and Museum)

Pitcher Dutch Henry, back row far right, was the pitching ace of the team, leading the league with 25 wins and 200 strikeouts. Signed by the St. Louis Browns at the end of the season, he would go on to have an eight-year career in the major leagues.

Other notable players in the picture include pitcher Bert Humphries, who pitched for the Philadelphia Phillies, Cincinnati Reds and Chicago Cubs from 1910-1915; second baseman Gene Elliott, who had a cup of coffee with the New York Highlanders in 1911; and first baseman Ernie Burke, who lead the league with 101 runs scored. 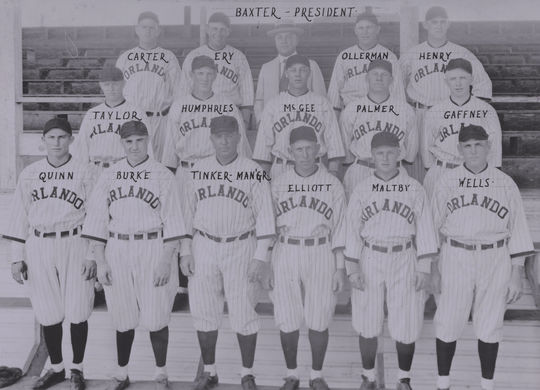 Former Cubs shortstop Joe Tinker led the Orlando Tigers to a Florida State League pennant while serving as their manager in 1921. (National Baseball Hall of Fame and Museum)

Tinker would make Orlando his home until his passing in 1948. In 1923, a new stadium was built where the Tigers played and was named Tinker Field in his honor. 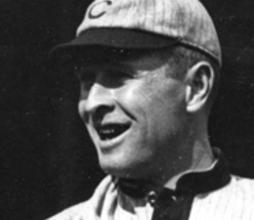 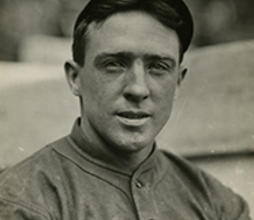 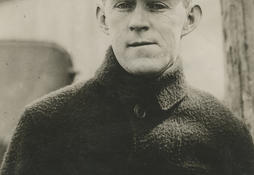 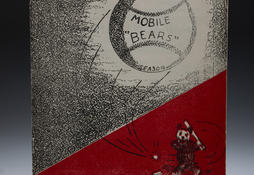 The 1947 Mobile Bears went 94-59, winning the pennant and the Southern Association Championship. A scorecard from the 1947 season is preserved in Cooperstown.