Returning to Cooperstown, Lee Smith reflects on a memorable summer

Only six weeks after he joined the greats of the game with a bronze plaque in Cooperstown, Lee Smith returned to the village to lend a helping hand.

“I couldn’t wait to come back. This is awesome. Now I can relax,” said Smith with a laugh. “It was a little stressful the last time I was in town. But I’m enjoying being back here.”

Smith, 61, who finished the 18th hole with each of the participating 23 amateur foursomes, was inducted into the Hall of Fame along with Harold Baines, Edgar Martinez, Mike Mussina, Mariano Rivera and the late Roy Halladay on Sunday, July 21.

“I was pretty stressed out for about a month before the induction, but getting to Cooperstown for the weekend and hanging out with Hank Aaron and all the guys was great. It really didn’t hit me until we were all together in the Otesaga Hotel lobby waiting to get on the bus to the induction site,” Smith said. “And I was really surprised at myself. All I heard about from the others was just don’t get up there for your speech and start (crying). I kept looking back at those guys trying to keep myself on script as much as possible.

“As for my speech, the one great thing was I was able to give something back to my community. Those people really took care of me, keeping me on the right path, seeing something in me that I didn’t know was there.”

Asked for a special memory of Induction Weekend, Smith didn’t hesitate when stating it was meeting Halladay’s widow.

“The best thing I experienced was getting to know Brandy Halladay. I really love her and how she handled that situation,” Smith said. “The rest of us, we just had to talk about ourselves, but what she had on her shoulders with her kids here, that what was most impressive to me.”

Smith is already looking forward to the 2020 Induction Weekend.

“I’m going to be on the lake. Wade Boggs and I are going to go fishing. We’re already setting that up,” he said. “I played with Wade with both the Red Sox and Yankees and he’s a big fisherman like me. I’m going to probably come in two or three days early and just to hang out.” 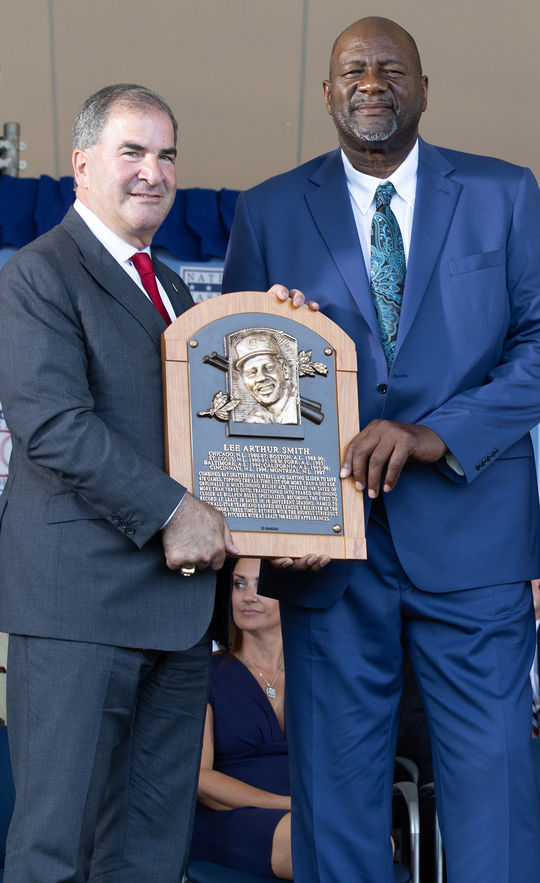 Lee Smith holds his Hall of Fame plaque with Hall of Fame President Tim Mead at the 2019 Induction Ceremony on July 21 in Cooperstown. (Amity Photos)

Being interviewed on a golf course, Smith’s description of his golf game: “Terrible.”

“That’s why they only gave me the putter. They figured I couldn’t tear up anything out here with just a putter,” he added with a chuckle. “I don’t play much, maybe a couple tournaments a year. A man’s got to know his limitations.” 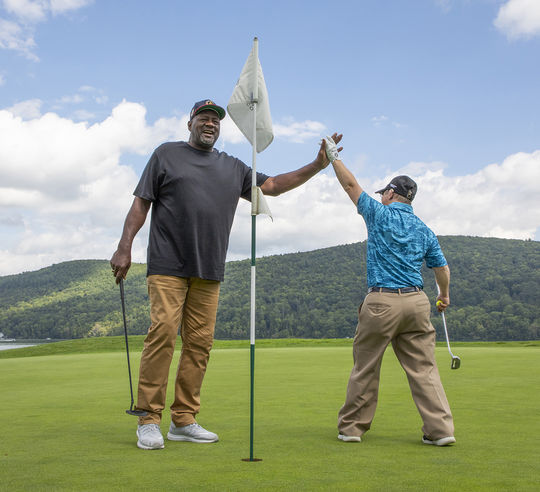 The previous day, Smith toured Pathfinder Village, the residential community in nearby Edmeston for people with Down syndrome and other developmental disabilities.

“I went over there and played a little kickball with the residents. It was awesome to just see all the smiling faces,” said a smiling Smith, recalling the visit.

“Having fun and seeing the love was the main thing I came away with.” 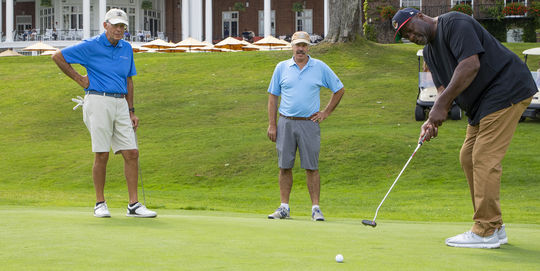 “That day at Wrigley was probably in the top three of anything that has ever happened to me,” Smith said. “To back there and get to see Leon and Jody and Shawon and Sarge, all those guys, it was great. That let me know how I rank, taking the time out from their busy schedules to come out.

“And I was able to thank all the fans because there’s nothing but love between us since the day I arrived in Chicago. I didn’t know what to expect when coming to a big city like Chicago, but they’ve really embraced me from the start.”

Looking back on 2019, Smith paused, shook his head, and said:

“It’s been crazy but good. That main thing is that everything has been so positive. The baseball community is really like a family.” 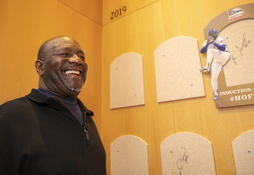 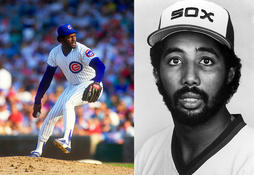 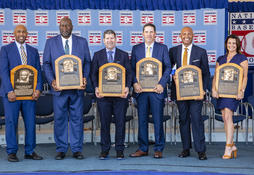 Class of 2019 inducted on historic day in Cooperstown

History was made in Cooperstown during the 2019 Hall of Fame Induction Ceremony.