Part of the BASEBALL HISTORY series
Written by: Todd Radom

Major League Baseball, much like America itself, experienced a series of dramatic and tumultuous changes at the outset of the 1970s.

The first three years of the decade saw two franchise moves, the introduction of the designated hitter in the American League and the opening of a series of multi-purpose “cookie-cutter” stadiums – all juxtaposed against a background of ongoing labor strife.

Baseball’s most visible changes, however, were arguably borne out in the uniforms of the then 24 MLB clubs.

Between July 1970 and Opening Day of the 1973 season, every single club transitioned from flannel uniforms to new synthetic togs. Some teams such as the Yankees, Tigers and Dodgers maintained the classic designs of their uniforms even as the material of them shifted away from natural fibers toward man-made fabrics. Others, including the Braves, Padres, and Indians, opted to re-imagine themselves wholly in ways that were truly revolutionary and astonishing to traditionalists.

A glance at images of ballpark crowds in the 1950s reveals a mostly male audience, many of whom are wearing fedoras and ties. Attendees of the late 1960s are more casually dressed. By the early 70s we are seeing more fans sporting ballcaps – but not one of them is dressed in a replica jersey.

The donning of authentic MLB team apparel used to be the exclusive privilege of a very exclusive group: Big league players. That all changed in the 1980s when MLB and its teams began to offer up replica jerseys for sale to fans.

It can be argued that this phenomenon helped to connect fans to their teams in a way that was previously unthinkable. Fans were able to become, in a certain sense, members of the team, bound together by common threads. While interest in the design of big league uniforms dates back to the sport’s earliest days, the connection between fans and jerseys became truly solidified in the 1990s and is still going strong today.

The on-field look of MLB received a much-needed jolt of energy in 1963 when Kansas City Athletics owner Charles O. Finley garbed his team in “Kelly Green and Tulane Gold” uniforms. A man ahead of his time, Finley paved the path toward the modernization of the design of the Major League Baseball uniform that reached a crescendo more than half a decade later. 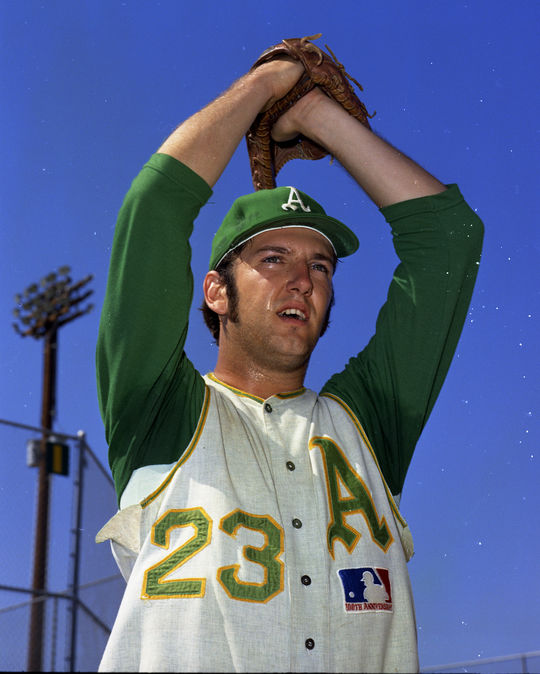 Athletics owner Charlie Finley helped change the face of the game when he introduced the Kelly Green and Tulane Gold uniforms in the 1960s, like this one worn by A's minor leaguer Brien Bickerton. (Doug McWilliams/National Baseball Hall of Fame and Museum)

On the night of July 16, 1970, the Pittsburgh Pirates christened Three Rivers Stadium with a 3-2 loss to the Cincinnati Reds. In a surprise move, the Bucs unleashed a new set of uniforms for the occasion – pullover jerseys and beltless pants made of a synthetic stretch material, 60 percent nylon and 40 percent cotton. The new outfits were radical in their appearance.

“There are no buttons on the shirts or pants, which resemble ski pants,” reported the Pittsburgh Post-Gazette.

The new uniforms made a positive impression, despite their decisive break from tradition. Players appreciated their comfort as well as their streamlined look, punctuated by bold striping around the waist, neck, and sleeves. Equipment managers embraced the fact that they could be machine washed, as opposed to having to be dry cleaned. And fans and sportswriters were generally receptive to the bold new appearance, described by many as contemporary and progressive. 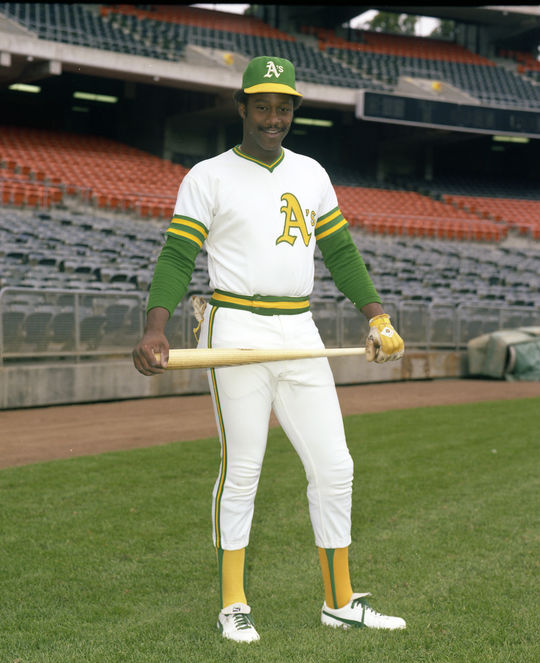 By the late 1970s, the Athletics – including players like Gary Alexander – remained on the cutting edge of uniform design with mix-and-match jerseys and pants in white, green and gold. (Doug McWilliams/National Baseball Hall of Fame and Museum)

In January 1971 the St. Louis Cardinals, a club known for its sartorial steadiness, jumped into the deep end of the polyester pool. The club unveiled new synthetic uniforms that General Manager Bing Devine described as “much brighter and more attractive than the old ones.” Pullovers and beltless pants were in, along with the same kind of bold striping that the Pirates introduced the previous summer.

Liberated from vestigial buttons slicing down the middle of the jersey, the team’s signature “birds on bat” were displayed without interruption for the first time since they were introduced back in 1922.

The Houston Astros’ 1971 move to synthetics included a wholesale shift to vibrant orange as the club’s primary identifying color, away from fusty old navy blue. The following year Minnesota did likewise with their new red-lettered uniforms, eschewing the navy script lettering and pinstripes that had dominated their appearance since their 1961 inaugural season.

Then in 1972, a sea of change swept through Major League Baseball. That year the vast majority of clubs converted to double-knits.

Atlanta busted out a set of “mod” royal blue and white uniforms with a stylized feather on the sleeves, created by Braves Graphics Director Wayland Moore. He viewed the entire uniform as a blank canvas and envisioned blocks of color on the club’s new paneled caps as well and contrasting jersey sleeves as a unique club identifier that would accompany Hank Aaron as he powered his way toward Babe Ruth’s career home run record. 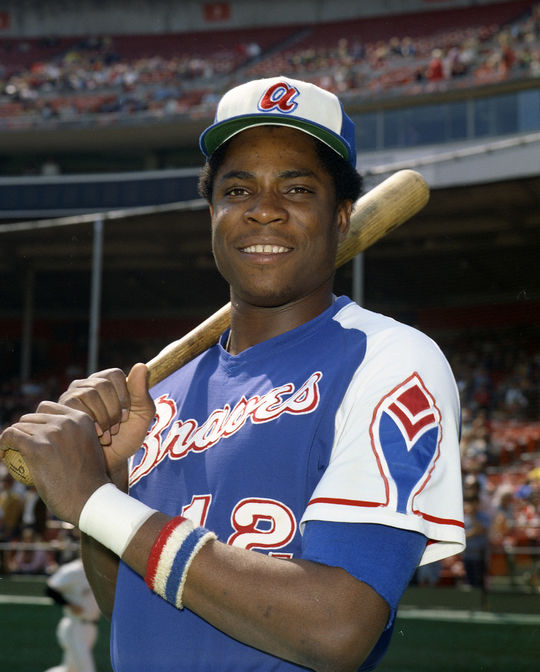 The Atlanta Braves – featuring Dusty Baker – were one of several teams that debuted new uniforms in 1972 as bright-colored polyester jerseys became the norm throughout the major leagues. (Doug McWilliams/National Baseball Hall of Fame and Museum)

Both of Ohio’s big league clubs went with pullover jerseys and beltless pants in 1972. The Cleveland Indians finished in fifth place in the AL East, but the Cincinnati Reds won the National League pennant, dropping the World Series to the similarly clad Oakland A’s.

The Milwaukee Brewers and the tradition-bound Chicago Cubs both abandoned buttons and belts in 1972.

The new Texas Rangers, freshly relocated to the Lone Star State after having been moved from Washington, played Spring Training games in recycled Senators uniforms with the former team moniker painstakingly stripped off and the new one sewn on. The Rangers, however, opened the season in fresh double-knits.

That season San Diego bedecked themselves in yellow from head to toe – both at home and on the road – in an unusual mashup of buttoned jerseys and beltless pants. The Detroit Tigers retained their usual buttoned-up Old English “D” jerseys at home, but introduced new pullover road uniforms that featured clean arched lettering on the front and wide elastic orange and navy striping on the sleeves.

The San Francisco Giants wore the old flannels at home in 1972 but sported new synthetic unis while on the road. Pitcher Juan Marichal, noted for his signature high left leg kick, was a big proponent of the new fabric. Marichal told the Sporting News “double-knits will stretch and make it easier when I kick high. That’s very important.”

The Boston Red Sox, traditionalists through and through, switched from flannel in 1972, but retained the familiar core look that they had worn for decades. In midseason, however, they went all-in with new V-neck pullovers and beltless pants.

The Montreal Expos’ uniforms were some of the most forward-looking in the sport, but they still wore flannels through the end of the 1972 season. (Outfielder Ken Singleton became the first Expo in double-knits when he was granted a waiver by the Commissioner’s office in July of that year to wear synthetic uniforms due to a skin rash.) Other holdouts included the still-new Kansas City Royals as well as the New York Yankees, baseball’s most classically-clad club. 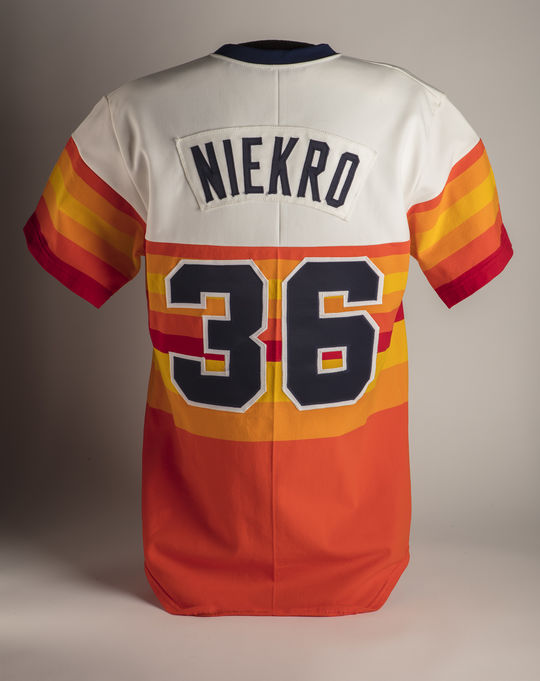 The Astros’ “rainbow” uniforms of the 1970s, like this one worn by Joe Niekro that is a part of the Hall of Fame’s collection, brought new style to baseball. (Milo Stewart Jr./National Baseball Hall of Fame and Museum)

In 1973, the Yankees were a team in transition. Newly sold to a group headed by George M. Steinbrenner, the Yanks were in the midst of planning a massive renovation of Yankee Stadium. When the Bombers opened the season at Fenway Park in Boston on April 6, they sported new gray double-knit uniforms that still featured block letters that spelled out “New York,” but whose sleeves were capped with navy/white/navy trim, a subtle but noticeable change. The familiar navy lettering was now outlined in white for the first time.

Ray Fitzgerald, writing in The Boston Globe, noted that the Yankees were “baseball’s last holdouts, the final bastion of sartorial conservatism in the grand old game.”

Baseball’s rapid, seismic shift to synthetic uniforms revolutionized the look of the sport. In 1972, sales of color televisions surpassed those of black and white sets for the first time. 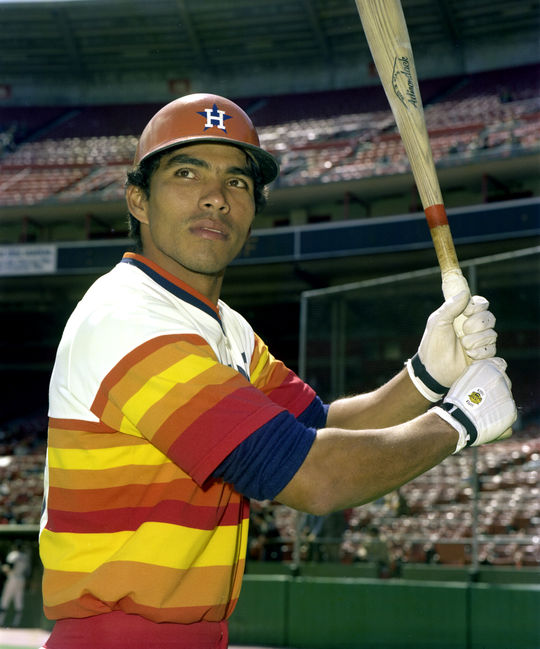 Vividly colorful uniforms and expansive graphics became a prime marketing tool for many clubs. The absolute peak of this movement would wait a couple of years, however, until 1975, when the Houston Astros debuted their uniquely memorable “rainbow” jerseys.

Since the Pirates memorably reimagined the baseball uniform, technical innovations have constantly evolved and uniform graphics and embellishments have waxed and waned, but the revolutionary changes that took place from 1970-73 remain unchallenged in their breadth, scope, and lasting influence.

Todd Radom is a graphic designer who specializes in branding for professional sports franchises and events. He is the author of "Winning Ugly: A Visual History of the Most Bizarre Baseball Uniforms Ever Worn." 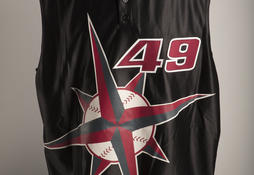 Baseball is shaped by tradition. However, on July 18, 1998, the Seattle Mariners promoted baseball of the future. 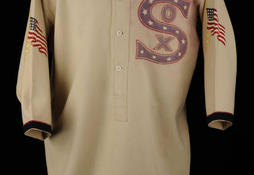 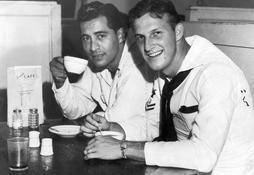