The catch was immediately hailed as one of the best in World Series history – and to this day it remains sealed in the hearts of those who remember the Brooklyn Dodgers’ only World Series triumph.

Edmundo Amoros, known to the baseball world as “Sandy”, did what so many Dodgers players had failed to do in five previous Fall Classics against the Yankees: He made a play that turned the tide in Brooklyn’s favor.

For Amoros, it was the unquestioned high point in a career that seemed to be destined for so much more.

Born Jan. 30, 1930, in Matanzas, Cuba, Amoros was the son of a laborer father and mill worker mother. He grew into a 5-foot-7 frame that filled out to about 172 pounds – most of it muscle. He quickly showed ability on the diamond, playing youth baseball for the Cuban Good Neighbor Foundation and later winning the batting title for the Pueblo Nuevo club – based in a Matanzas neighborhood – in 1949.

Amoros played for the New York Cubans of the Negro American League in 1950 then led all batters with a .450 average at the 1952 Caribbean World Series in Panama. During that winter, he caught the eye of future Hall of Famer Billy Herman, who recommended him to the Dodgers.

Assigned to Triple-A Montreal to start the 1953 season, Amoros homered for the Royals on Opening Day and went on to win the International League batting title with a .353 average, also leading the loop in runs (128), hits (190), doubles (40) and total bases (321). 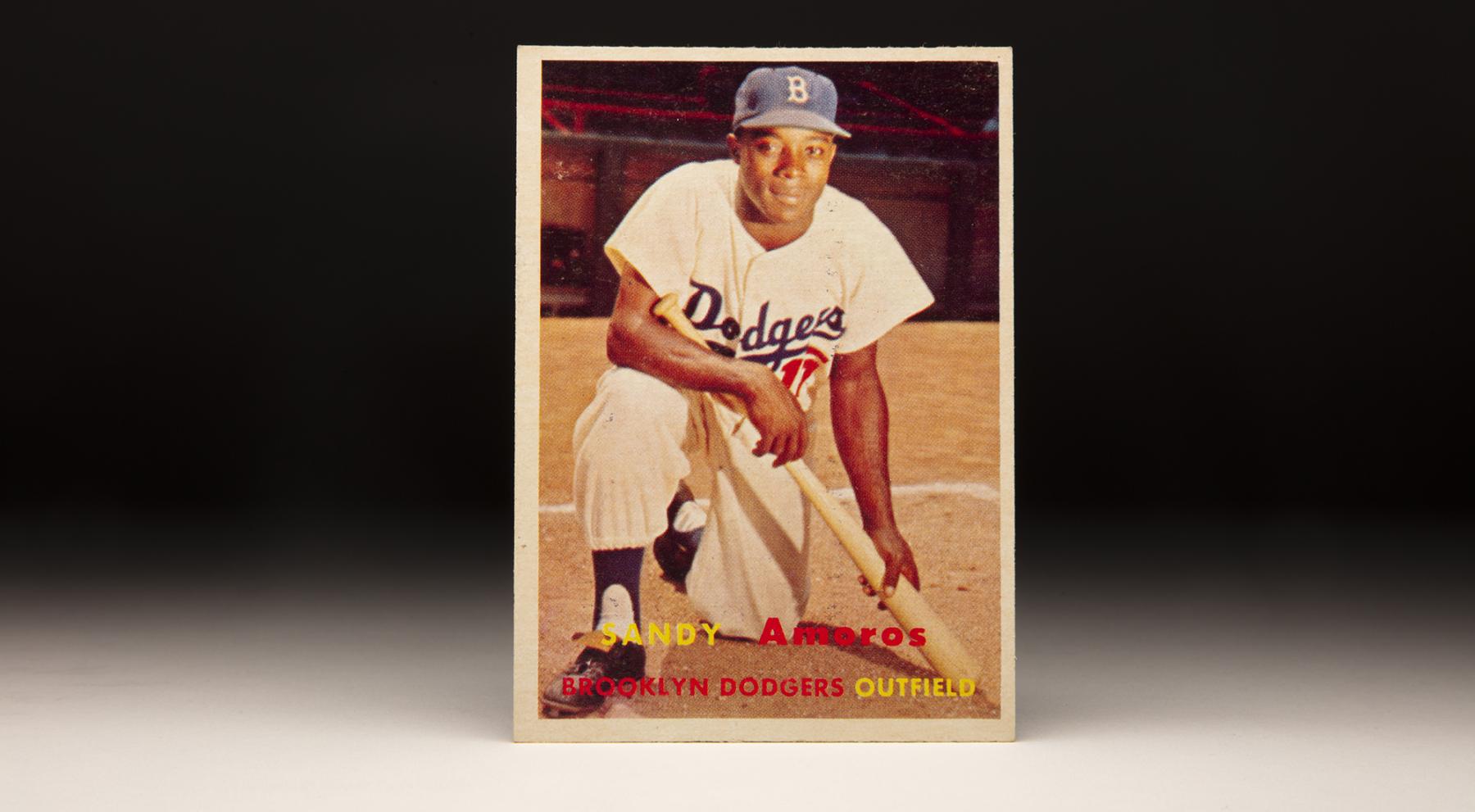 In 1954, Amoros made the Dodgers’ Opening Day roster after hitting .405 in Spring Training but played sporadically throughout April and May before finally being sent back to Montreal in May. He hit .352 in 68 games, then returned to Brooklyn in July where he was installed as the team’s everyday left fielder. Over the final two-and-a-half months of the season, Amoros hit .295 with 41 runs scored, nine homers and 31 RBI in 64 games.

Then in 1955, Amoros won the starting left fielder’s job in Brooklyn and came out of the gate on fire, hitting .341 as late as June 3. A second-half slump, however, dropped his final average to .247 – his lowest mark since the seventh game of the year. In 119 games, Amoros recorded 96 hits to go with 59 runs scored and 51 RBI.

His destiny, however, was just around the corner.

After not playing in the first two games of the World Series at Yankee Stadium due to the fact that New York started lefties Whitey Ford and Tommy Byrne, the left-handed hitting Amoros started Games 3 through 6 in left field, batting eighth each time. His two-run homer in the second inning of Game 5 gave Brooklyn a lead it would not relinquish, and he was hitting .333 with three RBI and three runs scored through six games.

But with Byrne back on the mound for Game 7, Dodgers manager Walter Alston went with right-handed hitting Don Zimmer at second base and moved switch-hitter Junior Gilliam from second base to left field. Amoros rode the bench for the first five innings before Alston pinch hit George Shuba for Zimmer in the sixth, which resulted in Amoros going to left field and Gilliam to second base in the bottom of the frame.

With Brooklyn clinging to a 2-0 lead in the bottom of the sixth, Billy Martin led off the frame with a walk and advanced to second on a bunt single by Gil McDougald. Next up was Yogi Berra, who lashed a Johnny Podres pitch down the left field line.

Amoros, a lefty thrower, raced to the corner and – with one quick thrust – speared the ball with his glove just a few feet from the stands, which were separated by fair territory by only a few feet of dirt. Amoros quickly turned and fired the ball to Pee Wee Reese, who threw to Gil Hodges at first to double off McDougald.

Hank Bauer grounded out to end the threat, and Podres shut down the Yankees the rest of the way to secure the victory.

“I didn’t think Amoros would catch the ball,” McDougald said. “I thought he might shy away from the left field fence. I had passed second and had no chance to get back to first in time.

“I know this much: If Amoros had not caught the ball, I would have scored from first.” 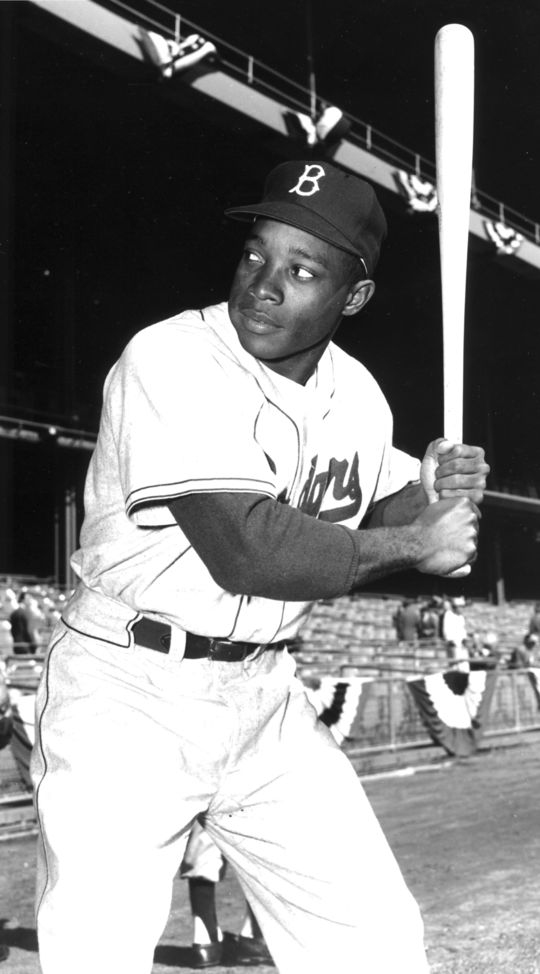 Sandy Amoros signed with the Dodgers in 1952 after playing for the New York Cubans of the Negro American League in 1950 and starring in the 1952 Caribbean World Series. (National Baseball Hall of Fame and Museum)

Amoros’ catch was celebrated throughout the baseball world, and – after returning to Cuba to once again play winter ball – he made the Dodgers’ Opening Day roster in 1956. But with second base prospect Charlie Neal waiting in the wings, Amoros was relegated to a bench role as Gilliam moved to left field and Neal took over at second.

Amoros hit well as a reserve, however, and regained his role in left field during the summer as Neal’s bat cooled. It would turn out to be Amoros’ best big league season as he hit .260 with 16 homers, 58 RBI and a .385 on-base percentage.

He was unable, however, to recapture his World Series magic – going 1-for-19 (.053) as the Dodgers lost to the Yankees in seven games. In Game 5, however, he came within inches of ending Don Larsen’s perfect game on a long blast to right field that landed foul by inches.

“I still think it was a fair ball,” Amoros told the Los Angeles Times more than a decade later.

Then in February of 1958, the Dodgers – having moved to Los Angeles – sent Amoros back to Montreal. He hit .260 with 16 home runs and 62 RBI for the Royals, then rebounded in 1959 with a .301 average, 26 homers and 79 RBI. The Dodgers brought him back to the majors in September, where he had one hit in five at-bats as a pinch hitter – but Amoros was not eligible for the World Series roster, missing out on a chance to play for a Dodgers team that once again won the World Series. 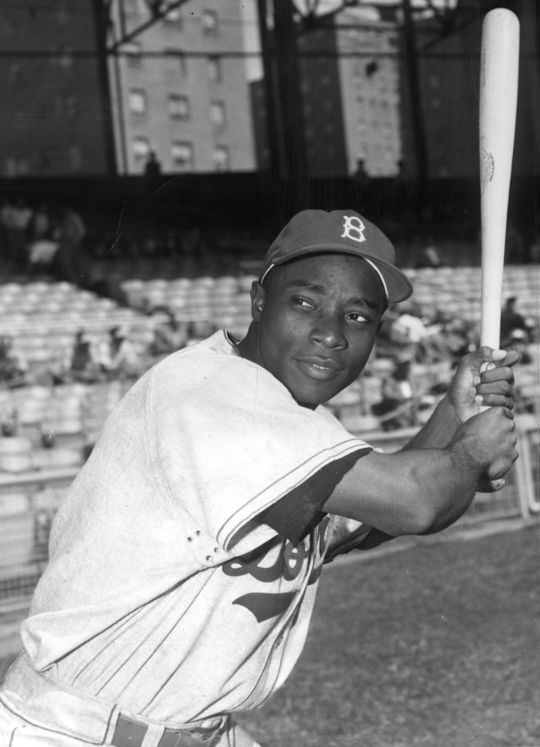 Sandy Amoros made a historic catch in Game 7 of the 1955 World Series that helped seal the Brooklyn Dodgers' only World Series title. (National Baseball Hall of Fame and Museum)

With a strong spring in 1960, Amoros again made the Opening Day roster – with the expectation that he would be the team’s top pinch hitter. After nine games, however, the Dodgers traded Amoros to Detroit on May 7 for first baseman Gail Harris – who would never play a game for Los Angeles.

Amoros spent the rest of that season as a pinch hitter and bench player for the Tigers, hitting a combined .148 in 74 games that year. He returned to the minors in 1961 with Triple-A Denver and later played in the Mexican League before his career on the field ended.

Following the Cuban revolution, Amoros encountered political problems at home as well as health issues. He fled Cuba in 1967 and the Dodgers immediately put him on their roster so he could accumulate the week of service time he needed to be eligible for a $250-a-month big league pension at age 50.

“I am so very happy,” Amoros told the Los Angeles Times. 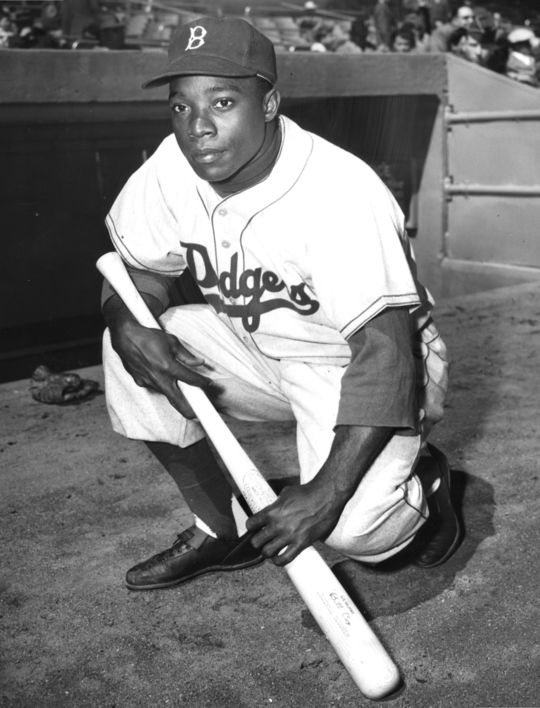 Sandy Amoros put together his best big league season as a bench player for the Dodgers in 1956, batting .260 with 16 homers and 58 RBI. (National Baseball Hall of Fame and Museum)

After his week on the Dodgers, Amoros went to work for Catholic Charities in Brooklyn. But a series of personal setbacks left him virtually bankrupt – and he eventually lost a leg due to diabetes.

“Nothing is eternal,” Amoros told El Nuevo Herald in 1988, “and others have gone through worse things.”

But for one day in New York City in 1955, Sandy Amoros was the king of the baseball world.

“The history of the Dodgers cannot be written without mentioning the name Sandy Amoros,” Dodgers first baseman Gil Hodges told the Miami Herald. “He was the World Series hero.” 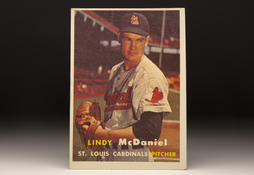 Lindy McDaniel, who recorded 141 wins and 174 saves over his 21-year career, helped build the blueprint for the modern reliever. 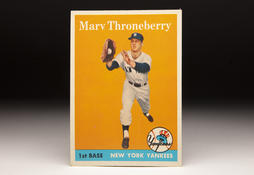 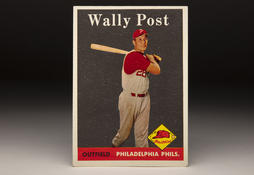 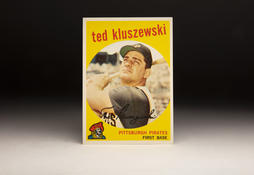