In 1979, Jim Kern compiled a stat line that was the envy of nearly every pitcher in the game.

In a season dominated by relief pitchers like Bruce Sutter, Kent Tekulve and Don Stanhouse, Kern carved out his own place in history with a 13-5 record and 29 saves.

No pitcher since has compiled a season with as many wins and as many saves.

Born March 15, 1949, in Gladwin, Mich., and raised in nearby Midland, Kern took an unusual path to the big leagues. He went undrafted out of high school in 1967, gradually growing into his 6-foot-5 frame. A hard throwing pitcher with little control, Kern impressed Indians scouts when he struck out 43 batters in two games in an American Legion tournament and eventually signed a free agent deal with Cleveland on Sept. 4, 1967 – collecting a $1,000 bonus.

Kern went 4-7 with a 4.93 ERA in 24 games in the Gulf Coast League and the Western Carolinas League in 1968, then joined the Marines in 1969 and did not play that season. But after moving from active duty to the reserves in 1970, Kern decided to give baseball his full attention. 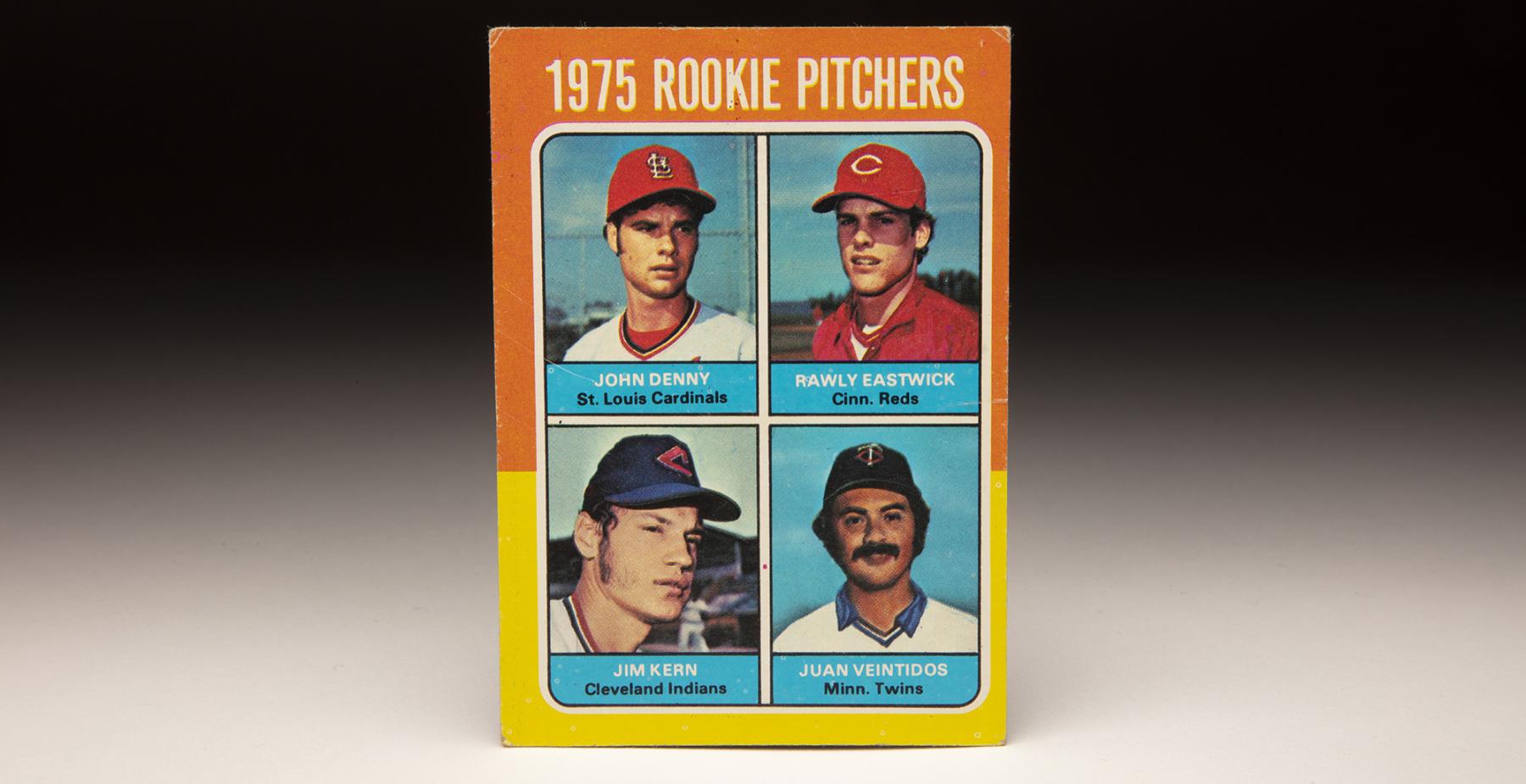 The Indians sent him back to the Western Carolinas League with Class A Sumter in 1970, where he was 5-6 with a 4.88 ERA and a league-leading 25 wild pitches.

“For me,” Kern told the Los Angeles Times, “a no-hitter was when I didn’t hit anybody.” 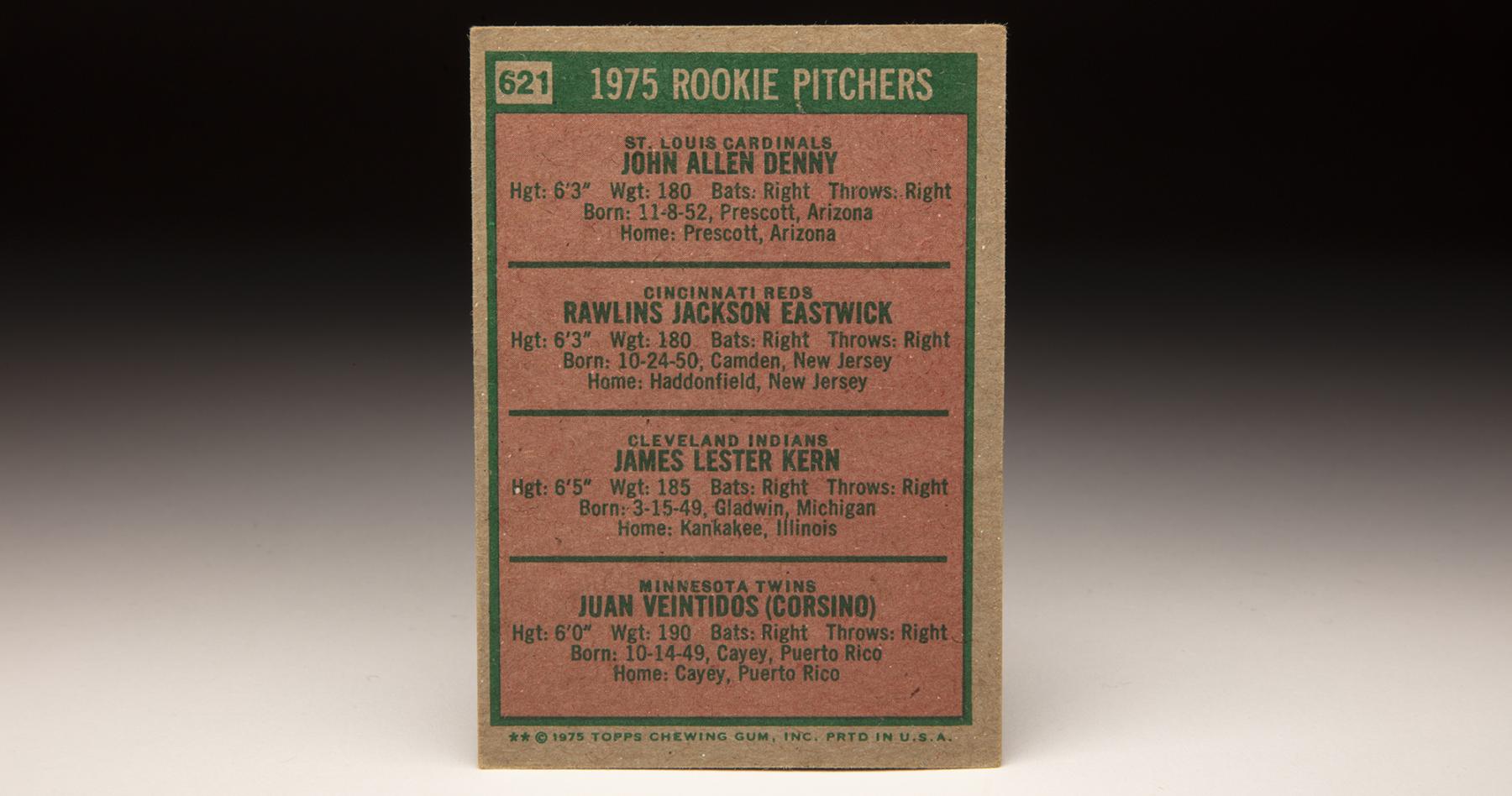 But in 1973, Kern got the break he needed at Double-A San Antonio. Joe Horlen, who had wrapped up his 12-year big league career the year before, was a San Antonio native who made nine appearances that year for his hometown team – mostly as a gate attraction. Horlen, who led the AL in ERA in 1967 with the White Sox, helped Kern harness his fastball and learn to exploit hitters’ weaknesses.

Promoted to Triple-A Oklahoma City in 1974, Kern went 17-7 with a 2.52 ERA and 220 strikeouts. On Aug. 30, Kern struck out 17 batters for the 89ers, three short of the American Association record, in a 9-7 win over Denver. Seven days later, Kern debuted for the Indians – allowing five hits, five walks and one earned run over nine innings in a 1-0 loss to Mike Cuellar and the Orioles.

“The way things are working out, I have to go with the best talent I have,” Indians manager Ken Aspromonte told the Associated Press on the day prior to Kern’s debut. “Kern had an excellent year in Triple-A and throws hard.”

Kern made the Indians’ Opening Day roster in 1975, starting off in the bullpen before moving into the rotation in May. Topps placed him on a Rookie Pitchers card that spring along with future Cy Young Award winner John Denny and Rawly Eastwick, the closer for the Reds’ 1975-76 championship teams. 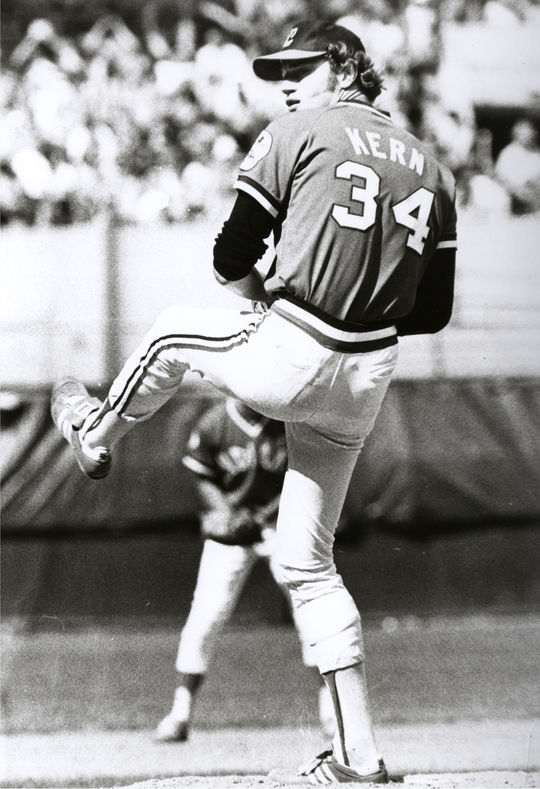 A flame-throwing right-hander, Jim Kern made his big league debut with the Indians in 1974 and earned All-Star Game selections with Cleveland in 1977 and 1978. (National Baseball Hall of Fame and Museum)

“If he can get the ball over the plate consistently,” Indians manager Frank Robinson told the Akron Beacon Journal, “there’s no reason he can’t win in the big leagues.”

But after allowing a combined five earned runs over 24.1 innings in his first three starts, Kern began to falter. When the Indians traded Gaylord Perry to the Rangers on June 13 in exchange for pitchers Jim Bibby, Jackie Brown and Rick Waits, Kern was sent back to Triple-A to make room on the roster.

He pitched one more game for Cleveland that year on June 24, then was sidelined for the season with a shoulder injury. But Kern bounced back in 1976, going 10-7 with 15 saves and a 2.37 ERA in 50 appearances, striking out 111 while walking just 50. The Indians signed Jim Kern to a amateur free agent contract on Sept. 4, 1967, after he passed over by every team in the MLB Draft. Kern would win 53 games and save 88 more in his 13-year big league career. (National Baseball Hall of Fame and Museum)

By this time, Kern had established himself as one of baseball’s best pranksters, often setting teammates’ feet aflame and waking them up on the road by discharging fire extinguishers. But following the 1978 season, Kern was feeling less than happy about being in Cleveland.

“I always felt like I was excess baggage,” Kern said. “I felt like my talents were never appreciated.”

The Indians decided a trade was in order, shipping Kern and infielder Larvell Blanks to the Rangers on Oct. 3, 1978 – two days after the end of the regular season – in exchange for Len Barker and Bobby Bonds.

“This is a make-believe world,” the always articulate Kern told the Los Angeles Times in 1979. “In four or five years, my career’s going to come to a screeching halt. You sit back and space out (on success) for a while, but you’re still Jim Kern.” 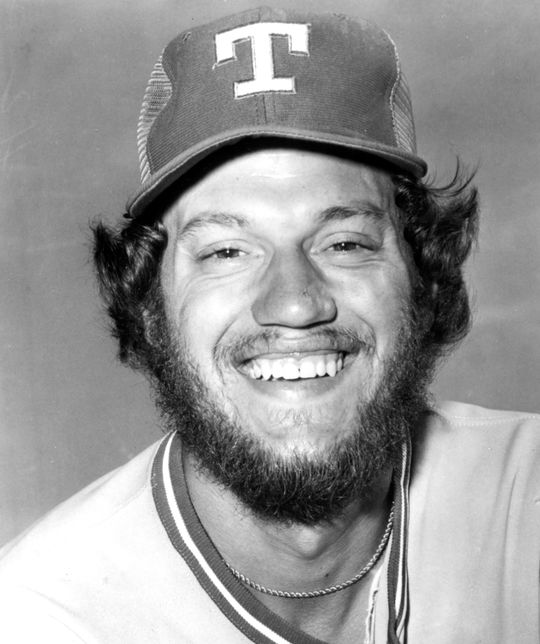 Indeed, the tide began to turn for Kern in 1980 when he was 3-11 with two saves and a 4.83 ERA in 38 games as he battled elbow and shoulder injuries. Back and neck ailments limited him to 23 games in 1981, though he post six saves and a 2.70 ERA in that strike-shortened season.

But following the season, the Rangers sent Kern to the Mets on Dec. 11 in exchange for Dan Boitano and Doug Flynn. Two months later, the Mets packaged Kern along with Greg Harris and Álex Treviño to acquire Foster, one of the game’s most feared sluggers, from the Reds.

“I’m champing at the bit to throw again,” Kern told the Palladium-Item of Richmond, Ind., following the trade. “I’ve always wondered if I could overpower people over here in the National League. I don’t really care where I’m used – short relief, spot relief or even starting. I just want plenty of work. 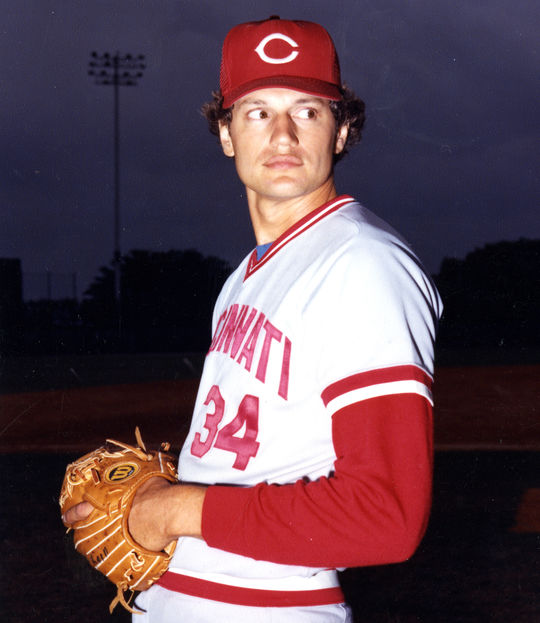 Kern pitched well for a Reds team that finished the season with 101 losses, going 3-5 with a 2.84 ERA in 50 games before being traded to the White Sox on Aug. 23 for two players to be named later. Kern was 2-1 with three saves in 13 games for Chicago, then entered the 1983 season with high expectations on a young and talented White Sox squad.

But in his first appearance of the 1983 season on April 5, Kern was pulled after facing just four batters against the Rangers.

Kern tore a muscle in his right arm during the game, necessitating surgery and ending his season. Released by the defending AL West champion White Sox on March 1, 1984, Kern joined the Phillies in June but was let go a month later before hooking on with the Brewers toward the end of the year.

“I had my opportunities,” Kern told the Akron Beacon Journal after posting a 1-1 record and 7.90 ERA. “I was only going be here until the (young Indians players) matured. My problem was that they matured too fast.”

Kern finished his career with a record of 53-57 to go with 88 saves and a 3.32 ERA over 416 big league appearances. But for one year in Texas, Jim Kern was among the best relievers of his era.

“If you think being a ballplayer makes you a better person than anybody else,” Kern said, “you’re in a lot of trouble.” 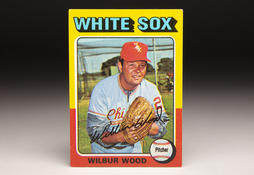 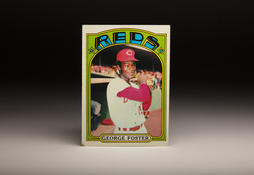 George Foster's 1972 Topps card highlights the career of a man who left a lasting impact on baseball just a few seasons later. 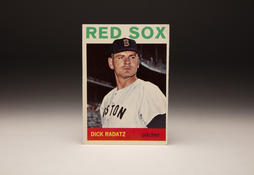 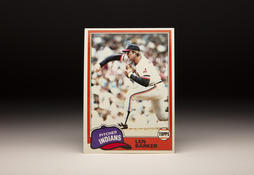 Len Barker made history as the 10th player to ever pitch a perfect game.