Once upon a time, major league hitters were largely measured by one simple standard: Batting average.

Before OPS, fWAR and algorithms that would have made a high school calculus teacher toss her protractor across the classroom, there was the basic arithmetic of hits divided by at-bats. And if that math resulted in a number of .300 or greater, that hitter was a star – no questions asked.

Which brings us to Rico Carty and his wonderful 1978 Topps card.

First, let’s get to the only issue with this offering… really, the only complaint about the ’78 Topps set: The border/team name color combos.

Some, like red border/purple team names and the gold border/brown team names were brilliant – especially when paired with a team that had a matching color. But the pink and green combo, which was featured on the Indians cards (and other teams like the Astros), made no sense at all. 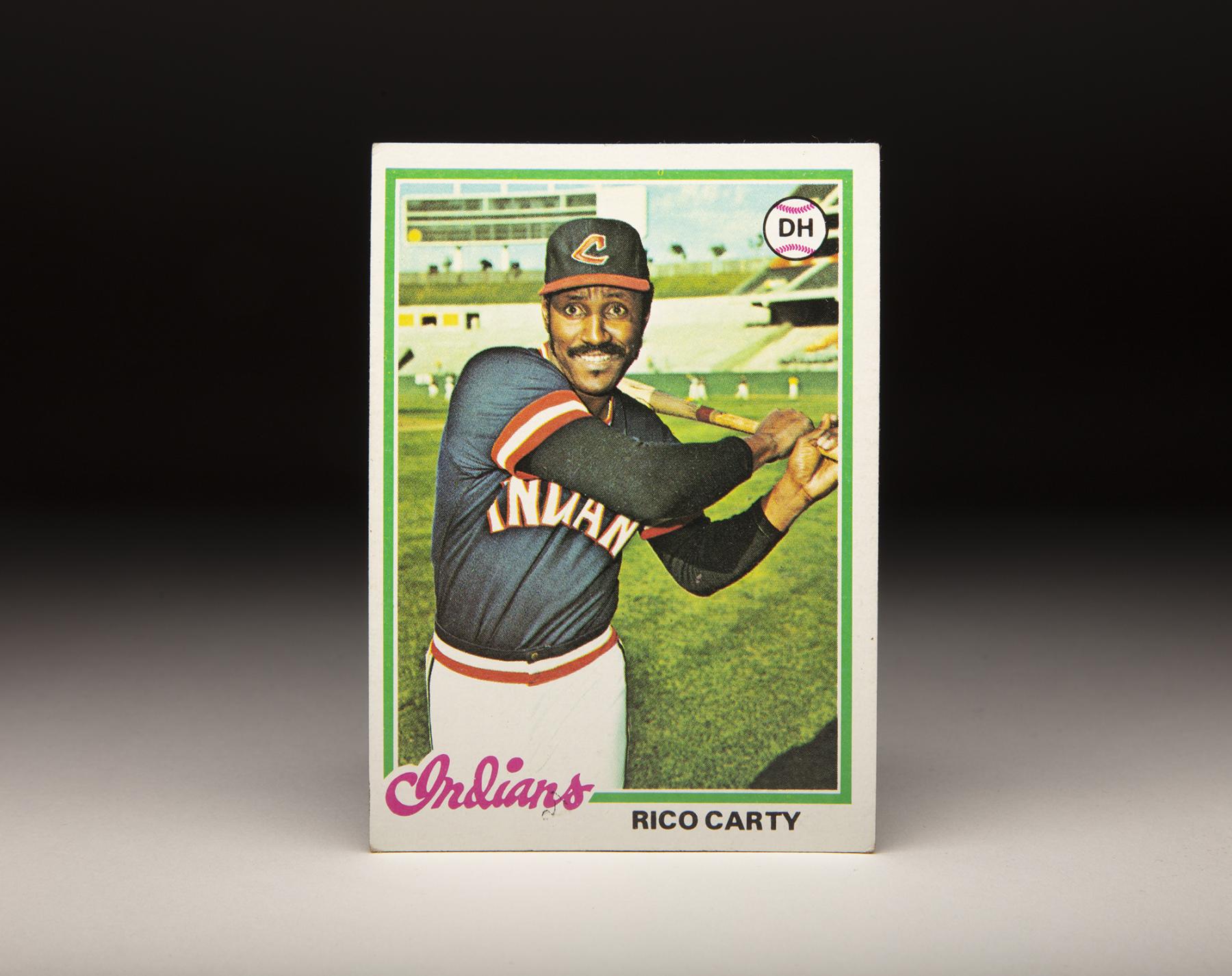 Rico Carty's 1978 Topps card featured him in an Indians uniform, even though Carty spent the 1978 season with the Blue Jays and Athletics. (Topps baseball card photographed by Milo Stewart Jr./National Baseball Hall of Fame and Museum)

Carty, depicted in the Indians’ dark blue top and white pants of the time, looked like he should have been pictured on a side of an ice cream truck. Great photo, but a strange color scheme.

Ah, but what a photo. The photographer captures Carty – who appears to be facing the home-plate backstop at the Oakland-Alameda County Coliseum – in the follow-through of his powerful right-handed swing. Also clearly visible are Carty’s huge hands, which landed him a job as a catcher when he signed with the Milwaukee Braves as an amateur free agent in the fall of 1959.

By the time the photo was taken, Carty was playing with his fifth big league team. And when this card found its way to my hands in the spring of 1978, Carty was no longer on the Indians – having been traded to the Blue Jays on March 15, 1978.

But at age 38, Carty would have one of his best big league seasons that year – and continue to demonstrate his ability to hit the baseball.

Carty, born Sept. 1, 1939, in San Pedro de Macoris, Dominican Republic, was one of 16 children whose youth baseball career took a detour when he became a boxer. But the 6-foor-3 Carty returned to baseball in his late teens and signed with a reported eight big league teams while still an amateur. Eventually, his Braves’ contract was the one that was ruled valid, and he began his career as a 20-year-old with Class D Davenport in 1960.

One of his teammates with Davenport was Pat Jordan, who would write about Carty in his classic non-fiction novel "A False Spring". Describing Carty’s arm as “a bazooka without a sight”, Jordan marveled at Carty’s power at the plate and lack of a potential position in the field. It would be a theme of Carty’s career until the advent of the designated hitter almost 15 years later.

Carty quickly worked his way through the minors and made the Braves’ big league roster with a strong Spring Training in 1964. He would hit .330 that year with 22 homers and 88 RBI, finishing second to the Phillies’ Richie Allen in the National League Rookie of the Year voting. 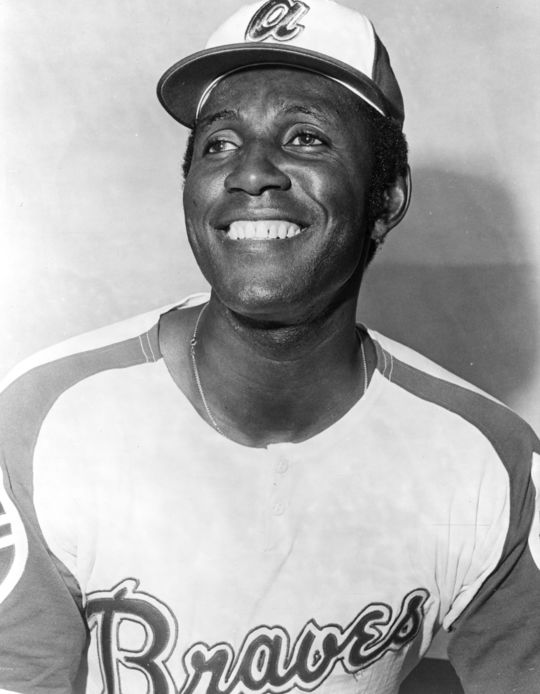 In eight seasons with the Braves in Milwaukee and Atlanta, Rico Carty hit .317 and led the National League in batting in 1970 with an average of .366. (National Baseball Hall of Fame and Museum)

Carty returned to hit .342 in 1969, but appeared in only 108 games due to shoulder injuries. The 1970 season, however, proved to be Carty’s best as he hit .366 to lead the NL, posted a big league high on-base percentage of .454 and compiled a 31-game hitting streak from the second game of the season through May 15.

Carty did not appear on the All-Star Game ballot that year, but earned a spot in the starting NL outfield with Hank Aaron and Willie Mays when the fans use the “write-in” option to shower him with more than 500,000 votes. Then, after the season, Carty’s injury jinx continued when he severely damaged his knee in a collision with teammate Matty Alou in a Dominican League game. For the second time in four years, Carty missed an entire season of big league play. 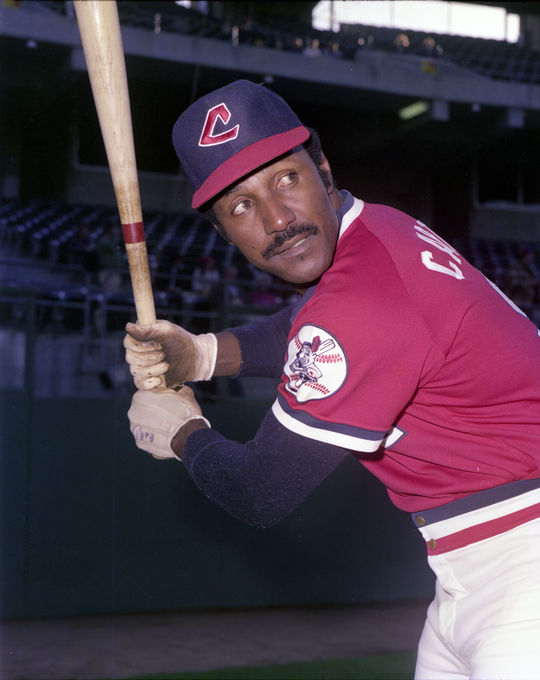 Rico Carty played four seasons for the Indians from 1974-77, becoming one of the top designated hitters of the era. (Doug McWilliams/National Baseball Hall of Fame and Museum)

He returned in 1972 but suffered through another injury-riddled campaign that saw him hit .277 in 86 games. At that point – in eight big league seasons – Carty had compiled a .317 batting average. But fearing the best days were behind Carty, the Braves traded him to the Rangers on Oct. 27, 1972, for pitcher Jim Panther.

Thus began almost two seasons of nomadic travels for Carty, who went from the Rangers to the Cubs to the Athletics in 1973, missing out on Oakland’s World Championship that season because the A’s acquired him on Sept. 11 after the deadline for postseason rosters. He spent most of the 1974 season torching Mexican League pitching before the Indians signed him on Aug, 17 – and were rewarded when Carty hit .363 over the season’s final six weeks. 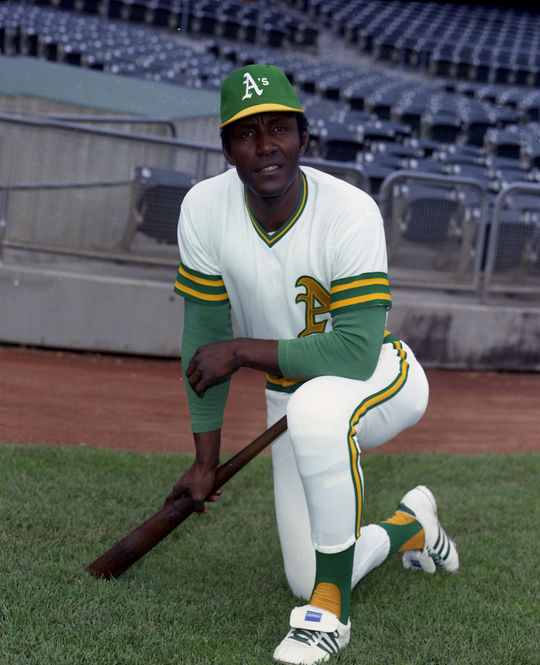 The Oakland A's acquired Rico Carty on Sept. 11, 1973, adding his veteran bat for their stretch drive. Carty helped the Athletics win the AL West title, but was ineligible for the postseason because he joined the team after Aug. 31. (Doug McWilliams/National Baseball Hall of Fame and Museum)

He was taken by the Blue Jays in the Expansion Draft following the season but was traded back to the Indians a month later in a deal that sent Rick Cerone and John Lowenstein to Toronto.

At that point, Carty’s .303 batting average over 14 seasons earned him acclaim as one of only a handful of career-.300 hitters active in the game. He signed a five-year free agent deal with the Blue Jays prior to the 1979 season, but a .256 average over 132 knocked him down to .2991 for his career.

And after being released just days before the start of the 1980 season, Carty’s career came to an end. But a mere two hits – which would have resulted in Carty finishing with a .300 career average – hardly diminished his reputation.

In the years from 1963 to 1979 – when Carty was active and a historically difficult period for batters – only five players posted a better batting average. And of those five batters, only one – Tony Oliva – had more home runs in that time than Carty’s 204. 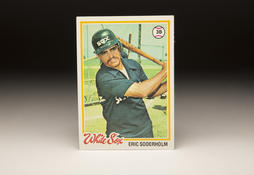 When Eric Soderholm was healthy, he was a very good hitter and a solid defensive third baseman. 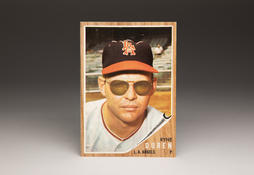 One look at Ryne Duren’s 1962 Topps card gives you the feeling that you’ve just been pulled over on a California highway by a stern-looking trooper wearing dark glasses. 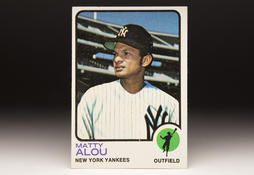