But Oglivie’s journey to home run king lasted more than a decade in pro baseball – and followed a unique path that brought him all the way from Latin America.

Born Feb. 11, 1949, in Colón, Panama, Oglivie and his family moved to New York City in 1967 to live with his sister after his father passed away. The thoughtful Oglivie immersed himself in books as a way to learn a new language and culture and graduated from Roosevelt High School in the Bronx. But Oglivie’s athleticism began to catch up with his academics in 1968, and the lanky 6-foot-2 lefty was selected in the 11th round of the 1968 MLB Draft by the Red Sox. 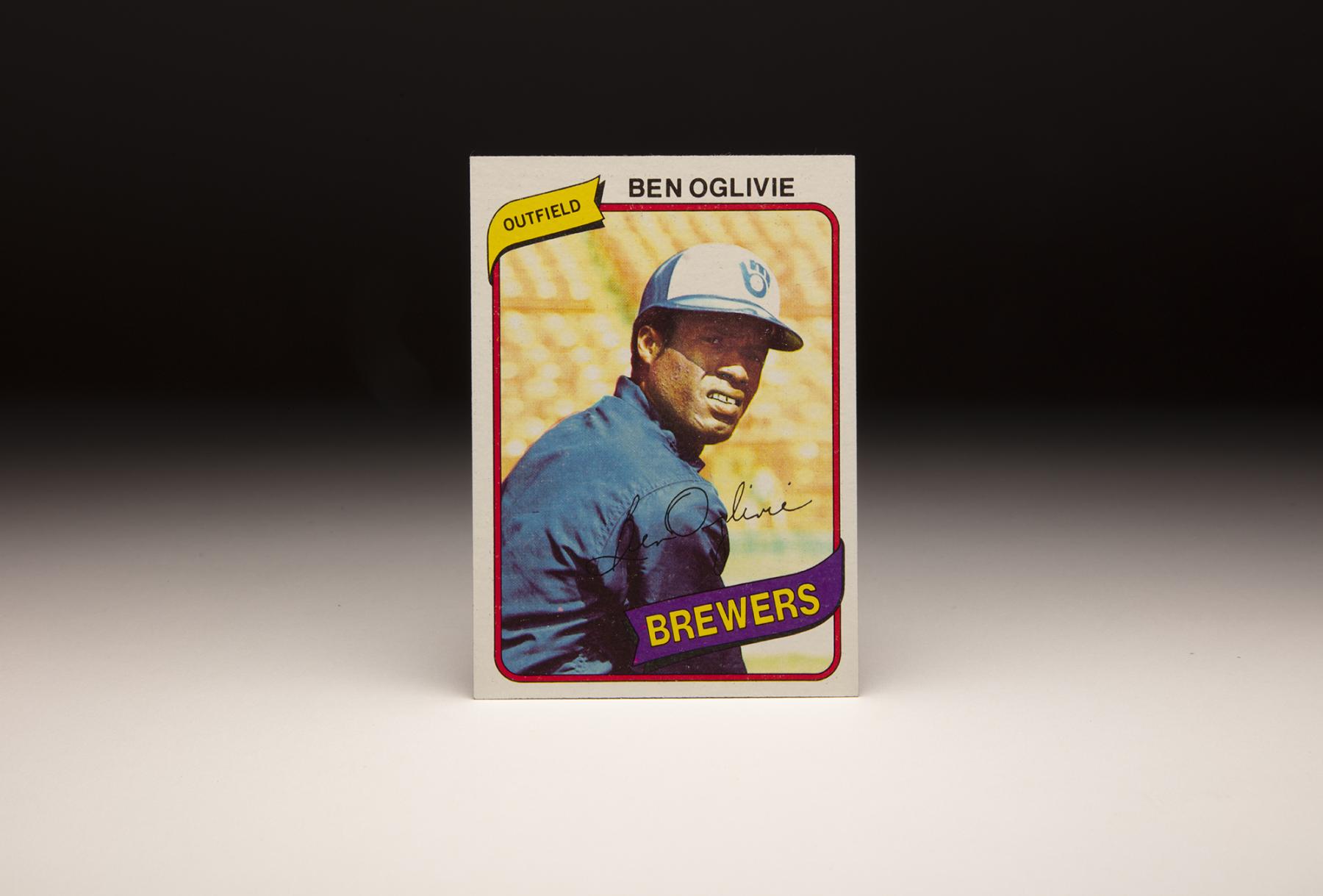 In 1972 – with a Red Sox system flush with young outfielders like Jim Rice, Juan Beníquez and Dwight Evans – Oglivie earned a bench role in the big leagues in Spring Training. Oglivie would serve as a reserve outfielder and pinch hitter throughout the season, rarely getting into an everyday rhythm at the plate and finishing with a .241 batting average and eight home runs in 94 games – though he did hit .375 as a pinch-hitter.

It would be a recurring theme throughout the first several seasons of Oglivie’s career.

Oglivie appeared in only 58 games in 1973 as Evans – one of the Red Sox’s top prospects – won the right field job. With Reggie Smith in center field, Tommy Harper in left and defensive ace Rick Miller available off the bench, Oglivie hit just .218 with two homers and nine RBI. 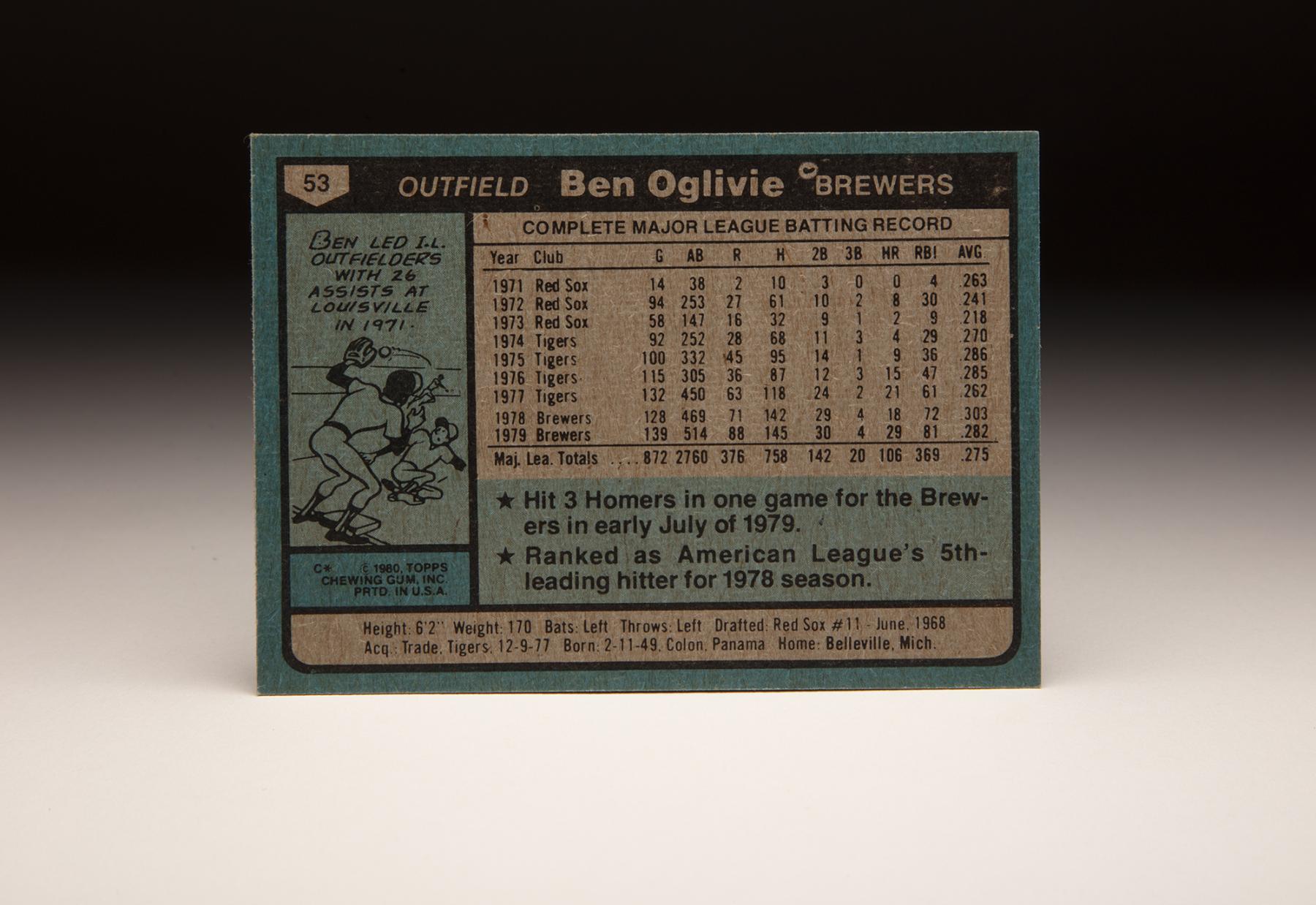 And with Rice and Fred Lynn on the way in the Red Sox’s minor league system, Oglivie was the odd man out. On Oct. 23, 1973, Boston traded Oglivie to the Tigers for infielder Dick McAuliffe.

In Detroit, Oglivie’s playing time increased each season from 1974-77, topping out at 132 games in 1977 when he hit 21 home runs and drove in 62 runs. Tigers manager Ralph Houk was in the midst of a rebuilding project, but finally moved Oglivie into the starting lineup as his right fielder in the spring of ’77.

“It’s tough when you’re told that a position is yours and then a team makes a trade or picks up another player at the same position," Oglivie told the Detroit Free Press prior to winning the Tigers’ right field job. “But what can you say? You just have to make the best of it.”

But after holding down the right field job for most of the season, Oglivie was traded to the Brewers in exchange for pitchers Rich Folkers and Jim Slaton on Dec. 9, 1977.

Then in May of 1979, Brewers outfielder/DH Larry Hisle severely injured his shoulder, sidelining him for most of the rest of the season. Oglivie was thrust into a regular role and responded by hitting .282 with 29 home runs, 81 RBI and 88 runs scored. 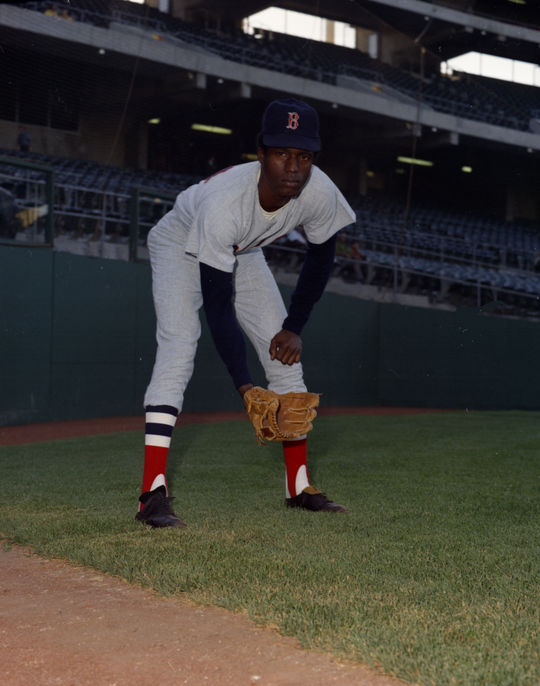 Ben Oglivie was selected by the Boston Red Sox in the 11th round of the 1968 MLB Draft. (Doug McWilliams/National Baseball Hall of Fame and Museum)

That set the stage for 1980, when Oglivie announced his presence by hitting .337 in May with eight homers and 23 RBI, winning American League Player of the Month honors. He would earn his first All-Star Game selection that summer, starting the Mid-Summer Classic for the AL in left field.

Oglivie finished the year tied with the Yankees’ Reggie Jackson with 41 home runs, tops in the AL.

“Who is this ‘they’ anyway? ‘They’ aren’t the authorities on everything, but I don’t know who ‘they’ are.

“I hit better against lefties, not worse.” 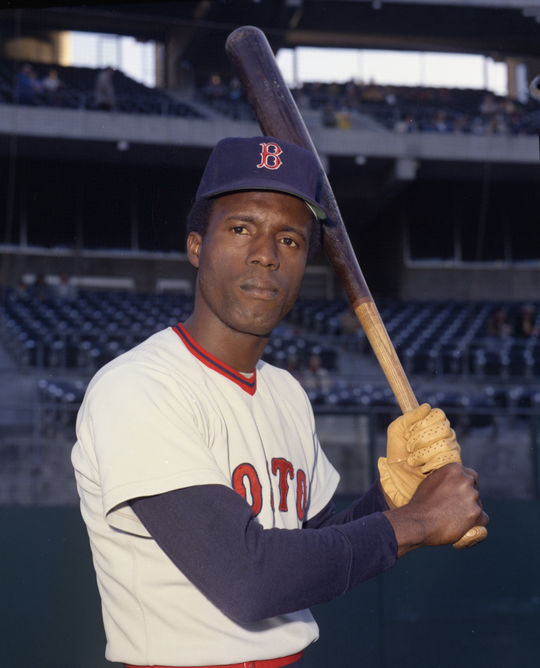 Ben Oglivie made his major league debut with the Red Sox in 1971 at age 22. (Doug McWilliams/National Baseball Hall of Fame and Museum)

Oglivie did indeed hit better against left-handers in 1980: .308 compared to .302 against right-handers.

Then in 1982, Oglivie hit 34 home runs and drove in 102 runs as part of a powerful Brewers lineup that featured future Hall of Famers Paul Molitor, Ted Simmons and Robin Yount.

In Game 7 of the World Series against the Cardinals, Oglivie’s fifth-inning home run off Joaquín Andújar tied the game at one – and the Brewers took a 3-1 lead in the sixth before eventually falling 6-3. 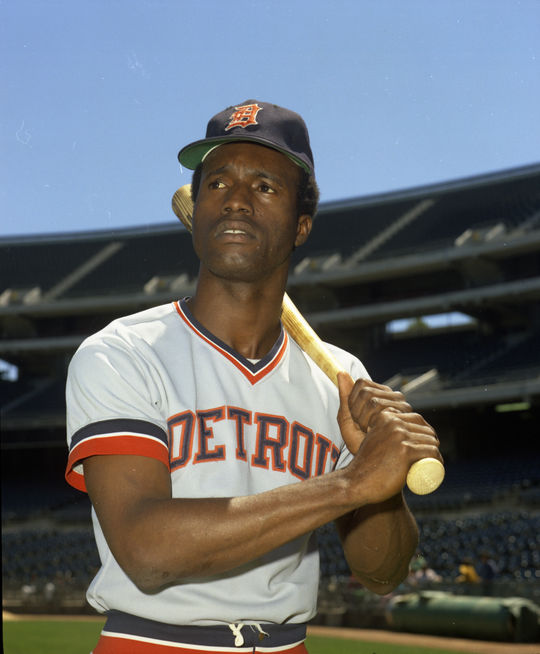 Ben Oglivie was acquired by the Tigers on Oct. 23, 1973. (Doug McWilliams/National Baseball Hall of Fame and Museum)

He signed with the Kintetsu Buffaloes of Nippon Professional Baseball’s Pacific League prior to the 1987 season, playing two seasons and hitting 46 home runs while batting .306.

Oglivie returned to the Brewers organization in 1989, playing two games with Double-A El Paso after injuring his knee in Spring Training. When the knee did not respond, Oglivie called it a career.

“Baseball’s been good to me,” Oglivie told the El Paso Times. “Baseball’s given me everything I have.”

Oglivie finished his career as the all-time leader among Panamanian home run hitters with 235 – a record now held by Carlos Lee with 358. But no Panamanian player has ever hit more home runs in a season than Oglivie’s 41 in 1980 – and only Lee and Rod Carew have more career RBI than Oglivie’s 901.

A rare player who was better in his 30s than he was in his 20s, Ben Oglivie’s perseverance made him a star. 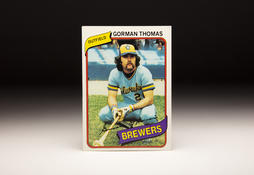 Gorman Thomas was one of the game's top power hitters of the late 1970s and early 1980s.