He had been the backbone of the St. Louis Cardinals’ mini-dynasty for the last three years, adding to his Hall of Fame resume with a Most Valuable Player Award, two National League pennants and a World Series ring.

But on March 17, 1969, the Cardinals traded Orlando Cepeda for future MVP Joe Torre. It was a trade of future Hall of Famers that benefited both teams.

Cepeda was sent to the Atlanta Braves in exchange for Torre, a swap that featured players with a combined 12 All-Star Game selections. It had been a fantastic three-year run for Cepeda in St. Louis following a brilliant eight-plus year stay with the Giants in San Francisco.

In his first full year in St. Louis in 1967, Cepeda hit .325 with a National League-best 111 RBI en route to a unanimous win in the NL Most Valuable Player voting. The Cardinals won the World Series that fall, and in 1968 repeated their NL pennant before losing to the Tigers in the World Series. 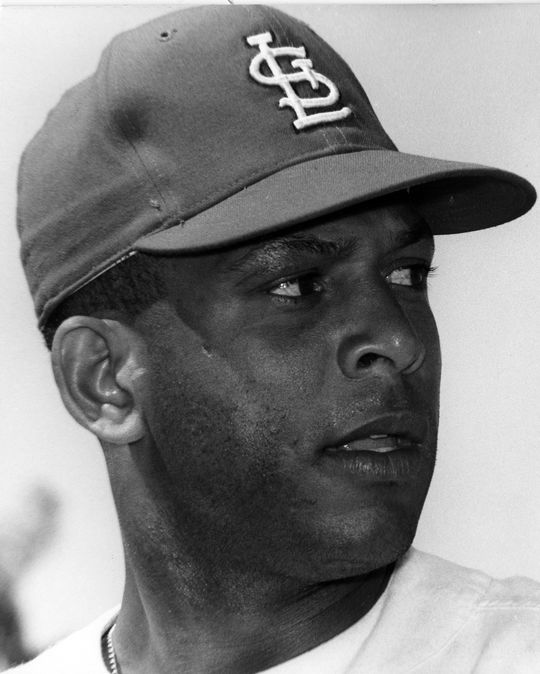 In three seasons with the Cardinals from 1966-68, Orlando Cepeda led St. Louis to two National League pennants and the 1967 World Series title. (National Baseball Hall of Fame and Museum)

The trade, however, brought Torre – three years younger and a player with the versatility to play at first base or behind the plate. Torre stayed with the Cardinals for six seasons, winning the 1971 NL MVP and earning his way onto four All-Star teams.

Cepeda, meanwhile, helped the Braves win the first-ever National League West title in 1969 by hitting 22 home runs and driving in 88 runs. A year later, he was even better – hitting 34 homers while driving in 111 runs.

Cepeda retired after the 1974 season and was elected to the Baseball Hall of Fame in 1999. Torre was dealt to the Mets following the 1974 season, then became the Mets’ manager in 1977.

Joe Torre played in the big leagues for 18 seasons for the Braves, Cardinals and Mets before becoming a manager. In 29 seasons as a skipper, Torre won 2,326 games and four World Series titles with the Yankees. (Ron Vesely/National Baseball Hall of Fame and Museum)

In 29 seasons as a big league manager with the Mets, Braves, Cardinals, Yankees and Dodgers, Torre posted a record of 2,326-1,997 (.538), including 13 division titles, six American League pennants and four World Series Championships. 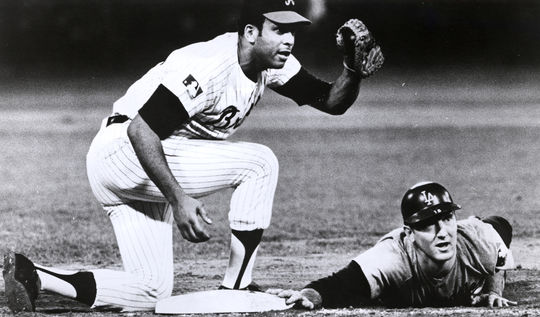 Orlando Cepeda of the Braves tags Tom Haller of the Dodgers at first base during a 1969 game in Atlanta. Cepeda was traded to the Braves from the Cardinals on March 17, 1969, in exchange for Joe Torre. (National Baseball Hall of Fame and Museum) 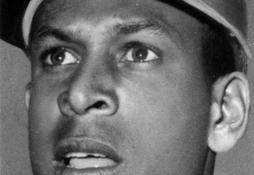