For a player who still ranks second – behind only Hank Aaron – on the all-time total bases list, Stan Musial was never known as one of the game’s most prolific home run hitters.

But for one day in 1954, Musial hit home runs at a clip no one had ever seen.

On May 2, 1954, Musial became the first player in history to hit five home runs in a single day. Musial homered three times in Game 1 of that Sunday doubleheader against the New York Giants at Busch Stadium, then added two more home runs in the nightcap.

In all, Musial was 6-for-8 with six runs scored, nine RBI and 22 total bases in the two games.

“No wonder nobody can pitch to that guy,” said scout Tom Sheehan. “He hits at you from around the corner.” 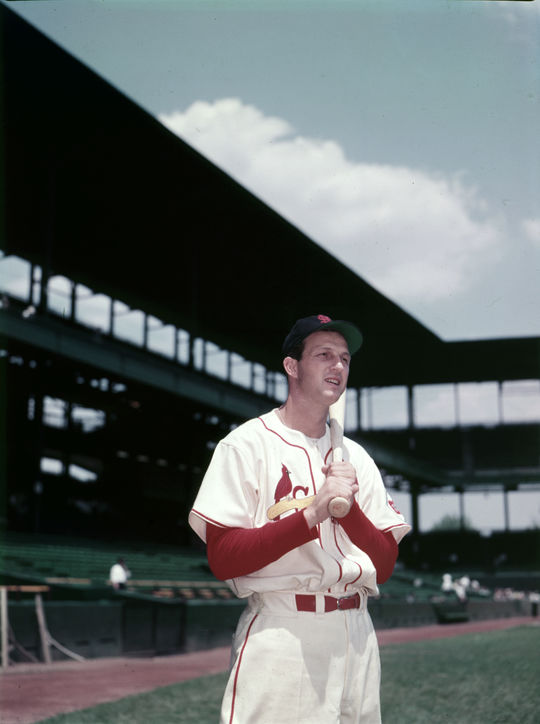 Musial’s corkscrew batting stance baffled pitchers, who struggled for two generations without finding the secret to getting him out. By that day in 1954, Musial had already totaled six of his seven National League batting titles, all three of his NL Most Valuable Player Awards and 10 All-Star Game selections.

Musial began his Game 1 barrage with a first-inning walk off Johnny Antonelli, then hit a solo homer in the third inning. He followed with a two-run homer off Antonelli in the fifth inning, and hit a three-run homer in the eighth off Jim Hearn to break a 6-6 tie and power the Cardinals to a 10-6 victory.

In the nightcap, Musial drew a first-inning walk off Don Liddle, then made his first out of the game in the third inning when he hit a fly ball to Willie Mays in center field. In the fifth inning, Musial homered off Hoyt Wilhelm – a two-run shot that cut the Giants lead to 8-5. 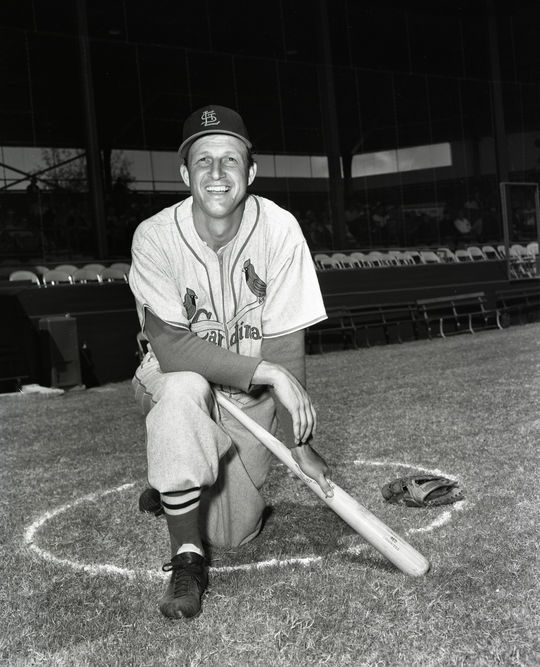 The owner of seven National League batting titles, Stan Musial is the only player in big league history with at least 400 home runs, 1,900 runs, 1,900 RBI and fewer than 1,000 strikeouts. (National Baseball Hall of Fame and Museum)

Musial hit his fifth homer of the day to lead off the seventh inning, another shot of Wilhelm that reduced New York’s lead to 8-7.

But the Giants scored an insurance run in the top of the ninth to go up 9-7, and Larry Jansen retired Musial on a pop fly to first base in the bottom of the ninth – eventually wrapping up the 9-7 New York win.

Musial ended the day at eight homers and 21 RBI for the season, remarkable totals given that the doubleheader marked the Cardinals’ 15th and 16th games of the young campaign. 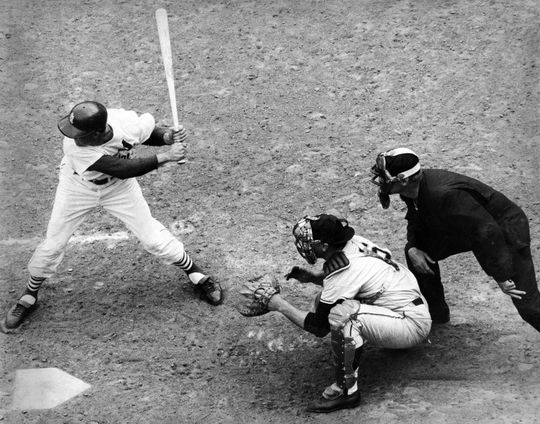 On May 2, 1954, Stan Musial of the Cardinals hit five home runs in a doubleheader against the Giants at Busch Stadium in St. Louis. (National Baseball Hall of Fame and Museum)

Ironically, in the stands that day in 1954 was Nate Colbert, an eight-year-old Cardinals fan who would tie Musial’s record on Aug. 1, 1972. In a doubleheader against the Braves that day, Colbert – the Padres’ first baseman – hit five home runs and drove in 11 runs.

By that time, Musial was already a Hall of Famer – having been enshrined in Cooperstown in 1969. 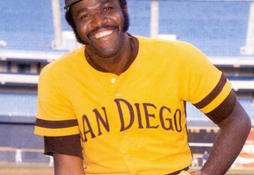