As he donned his new cap and jersey and prepared to speak to the media, Ken Griffey Jr. illustrated the significance of the moment with three simple words.

After 11 years with the Mariners, Griffey, a graduate of Archbishop Moeller High School in Cincinnati, was traded to the Reds on Feb. 10, 2000, in exchange for Jake Meyer, Mike Cameron, Antonio Pérez and Brett Tomko. Within hours, the 30-year-old Griffey had signed an extension to remain in Cincinnati for the next nine years.

“February 10, 2000. That day will go down in Reds history…as one of the biggest trades in our sport,” Reds general manager Jim Bowden told the Dayton Daily News. “The Michael Jordan of baseball has come to Cincinnati.”

The road back to his hometown was a winding and uncertain one for Griffey. He met with the Mariners brass on Nov. 2, 1999, to request a trade, citing a desire to be closer to his home in Orlando, Fla.

While he initially stated that he would accept a trade to Braves, Astros, Mets or Reds, when a deal was constructed to send him to the Mets in December, Griffey narrowed the list down to only Cincinnati.

Just three days before the deal was consummated, the Reds announced they would back out of trade talks. They ultimately jumped back in, however, getting a deal done in a matter of hours.

“Ken wanted to be closer to his home in Orlando, Fla.,” Mariners CEO Howard Lincoln told the Tacoma News Tribune. “Since he told us that in November, we’ve worked on making that happen almost daily, playing the cards we were dealt.”

By landing in Cincinnati, Griffey was not only closer to his Orlando home, but also the home of his father, Ken Griffey Sr., who was serving as the Reds bench coach at the time. 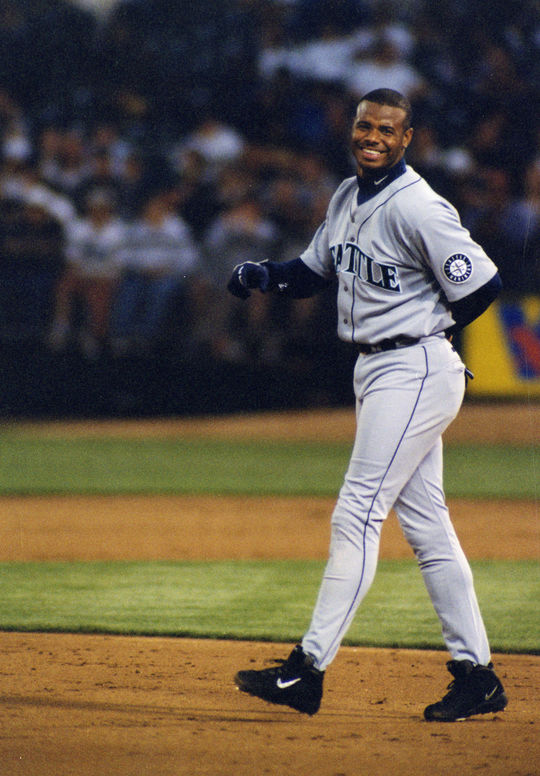 Ken Griffey Jr. made his big league debut with the Mariners and spent 11 seasons in Seattle before he was dealt to Cincinnati. (Doug McWilliams/National Baseball Hall of Fame and Museum)

“He came here because this is the place that makes him happiest,” Griffey Sr. said. “I’m just proud to have a son who makes decisions based on what makes him and his family the happiest.”

Almost immediately following the trade, speculation abounded regarding the possibility of Griffey’s father eventually taking over as Reds manager. Griffey Sr., a former big leaguer who spent 12 years of his career in Cincinnati and played alongside his son in Seattle for two seasons, had never managed before.

“He’s been in baseball for 20 plus years,” Griffey Jr. told the Cincinnati Enquirer. “He knows what it takes to become a manager. He just has to get that opportunity.”

While the trade brought about promising new beginnings for Griffey in Cincinnati, it also closed the door on his illustrious tenure with the Mariners. 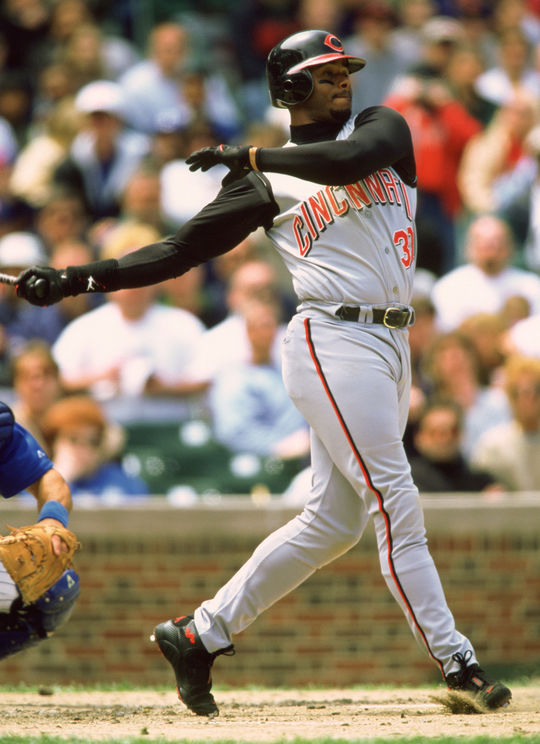 Ken Griffey Jr., a graduate of Archbishop Moeller High School in Cincinnati, was traded to the Reds on Feb. 10, 2000. (Ron Vesely/National Baseball Hall of Fame and Museum)

“I’m disappointed he didn’t want to finish his career here, and I hope he goes into the Hall of Fame wearing a Mariners cap,” Mariners president Chuck Armstrong said. “There might not be baseball in Seattle today without him.”

Armstrong would get his wish – and not only that, but Griffey would return to the Mariners, closing out his career with two more years in Seattle from 2009-10. Griffey was inducted into the Hall of Fame in 2016, with his plaque bearing the Mariners logo. 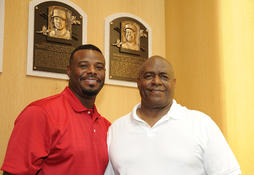 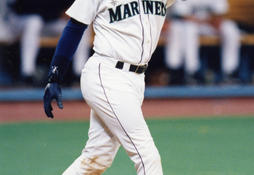 On June 2, 1987, the Seattle Mariners selected Ken Griffey Jr. with the No. 1 overall pick in the MLB Draft.