It remains one of the elite fraternities of baseball, with only 18 members through the 2019 season.

But when Tom Seaver joined the 3,000 strikeout club on April 18, 1981, the number of pitchers in that club could be measured by the digits on a human hand.

Seaver’s third-inning strikeout of the Cardinals’ Keith Hernandez gave the Reds’ ace 3,000 Ks for his career. He joined Walter Johnson, Gaylord Perry, Bob Gibson and Nolan Ryan on that exclusive list, with Perry’s 3,283 strikeouts making him the active career leader on that date.

A 10-4 loss to St. Louis that day dampened Seaver’s enthusiasm for the milestone, but it would be one of just two losses Seaver would suffer during a campaign that saw him finish the year with a mark of 14-2.

“It was a lousy high slider,” Seaver said of the pitch that resulted in his 3,000th strikeout. “I was erratic all day long. I didn’t have much stuff at all today.”

In five innings, Seaver allowed six hits and four runs – only one was earned – walking two while striking out five. He would not lose another game that year until Aug. 12, two days after the season resumed following a 58-day work stoppage that truncated the schedule.

In a twist of fate, Hernandez was the fourth first baseman to become a milestone strikeout for Seaver. The Pirates’ Donn Clendenon was strikeout No. 1 for Seaver on April 13, 1967, followed by Willie Montanez at No. 1,000 and Dan Driessen at No. 2,000.

At 36 years of age in 1981, Seaver remained one of the game’s marquee pitchers.

“What determines whether you go for strikeouts is how you’re throwing,” Seaver told the Cincinnati Enquirer on the day of his 3,000th strikeout. “There’s not any question that I go for strikeouts now less than I used to.”

After his final season of 1986, Seaver had totaled 3,640 strikeouts – third on the all-time list at that time behind only Ryan and Steve Carlton. 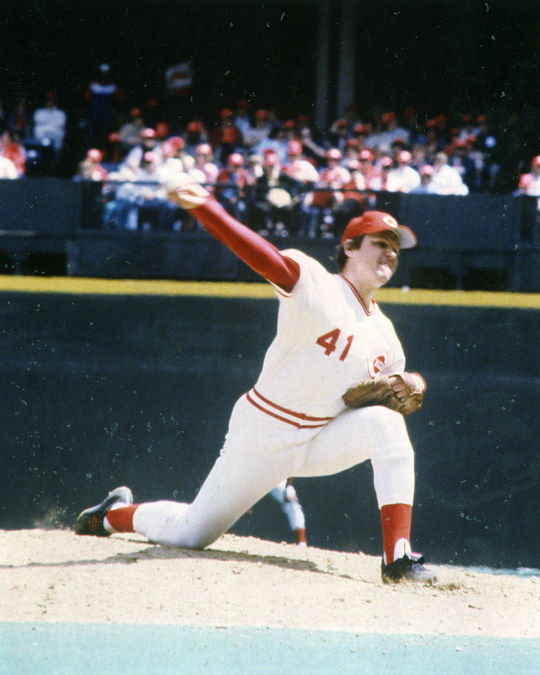 Tom Seaver recorded his 3,000th strikeout on April 18, 1981, becoming only the fifth player in baseball history to reach the benchmark. (National Baseball Hall of Fame and Museum) 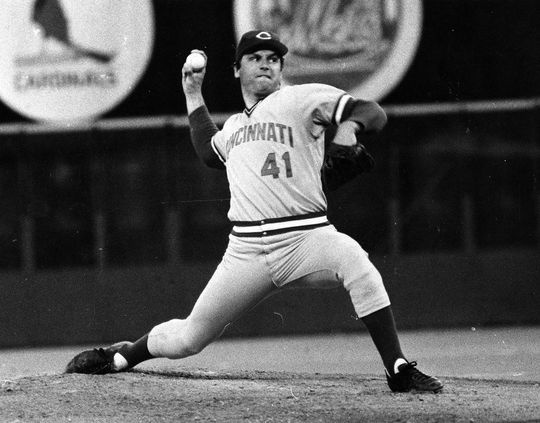 Tom Seaver pitched for the Cincinnati Reds from 1977-1982, posting a winning percentage of .620 during his six seasons with the team. (Bob Bartosz/National Baseball Hall of Fame and Museum)

"He’s one of those pitchers that comes along every 50 years,” said Reds pitching coach Bill Fischer.

Seaver was elected to the Hall of Fame in 1992. 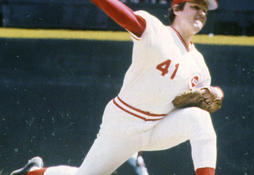 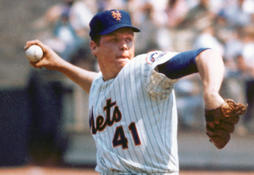 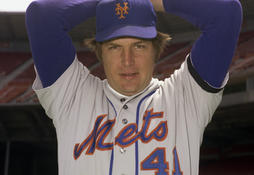 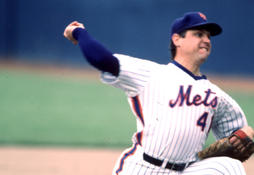