Denny McLain recalls the day of his 30th victory

During a telephone interview with Denny McLain, he recalled for the Hall of Fame the day five decades ago when he became the last big league pitcher to win 30 games in a season.

Hall of Fame: Denny, do you remember the two homers hit by Oakland’s Reggie Jackson in the Sept. 14, 1968 game in which you won your historic 30th game of the season?

Denny McLain: Reggie came up in the fourth inning and I had him 0-2 – I had him 0-2 both times – and I have a commandment that when I’ve got a guy 0-2, I never throw him a curveball. Normally, every time I had you 0-2, I would go hard fastball inside on your hands. What I did in my divine wisdom was I had him 0-2 and catcher Bill Freehan calls another fastball. Reggie could not hit a high fastball above the waist and I shook it off. Freehan put it down two or three more times and I still shook him off, so then he put down a sign for a curveball and I hung it and Reggie hit it about eight-and-a-half miles. Then he came up again in the sixth inning and again I had him 0-2. Denny McLain was not going to be outdone because Reggie hit a home run on a ridiculously stupid pitch. Not only am I going to strike him out, but I’m going to throw him a good curveball this time. So I get him 0-2 and I hung another curveball and he hit it further than the first one. So I decided we better go back to my commandments from then on. We probably should have shut them out because I had pretty good stuff that day.

HOF: Do you remember being pinch-hit for down 4-3 in the bottom of the ninth inning?

DM: I had gone nine and manager Mayo Smith said, ‘I’ll leave you in if you want, but why don’t I let Kaline play?’ I figured if you’re ever going to get pinch-hit for, Kaline is the one you want. As soon as he got on first base with a walk I knew he was going to tie up the ballgame. The guy was the best player I ever saw on a regular basis. I saw better athletes from time to time, but I never saw a better player. I never saw a player that was so much in the game seven days a week, 24 hours a day. He never got the publicity or exposure that he should have had because we were in Detroit and not New York or Chicago or Los Angeles. And lo and behold, he got to third on a Mickey Stanley single, then scored the tying run on a Jim Northrup fielder’s choice.

HOF: The excitement after Willie Horton’s walk-off hit must be memorable, right? 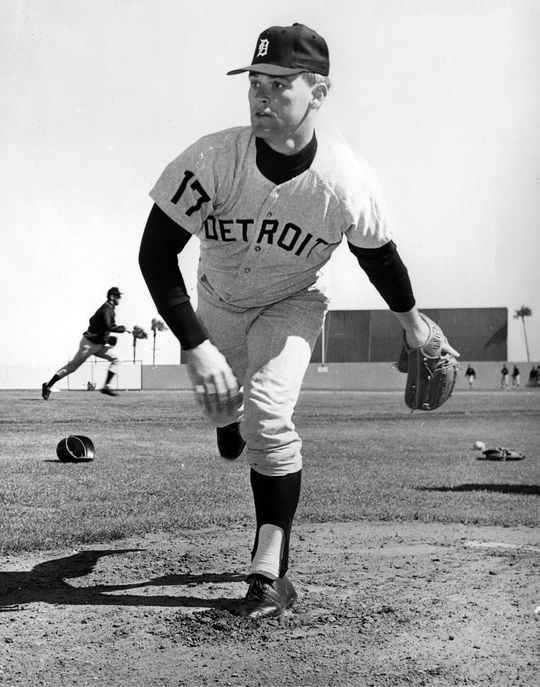 Fifty years after his epic 30-win season, Denny McLain looks back with fondness on that magical year in Detroit. (National Baseball Hall of Fame and Museum)

DM: It was great, it was just great. It was one of those moments that I’ll never forget.

HOF: And all of this is happening to a 24-year-old, which in itself is pretty amazing.

DM: It really is. The guys that I was playing with, starting with Bill Freehan behind the plate, Dick McAuliffe at second base, Ray Oyler at short, Donnie Wert at third, and the outfield with Mickey Stanley, Gates Brown, Willie Horton and Al Kaline, we all came up through the Tigers organization. Where would you find that today? But general manager Jim Campbell knew how good of a ballclub he had. We should have won it in 1967 and I still think we would have won it in 1969 if Baltimore hadn’t gone crazy and won 109 games. 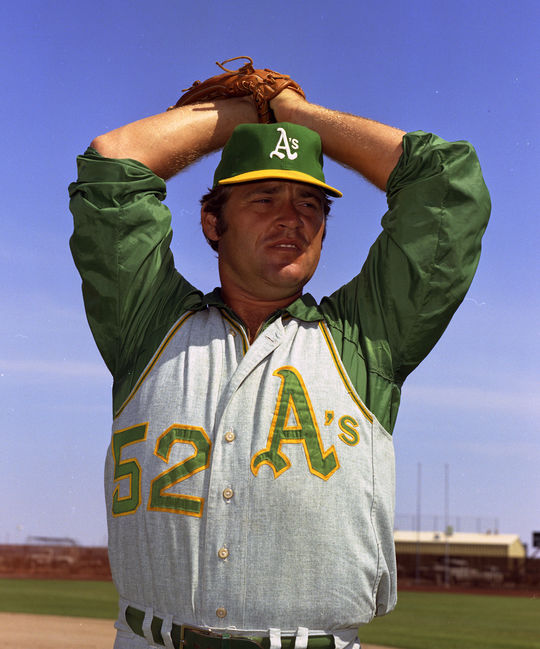 Denny McLain pitched in five games for the Oakland A's in 1972, his last season in the big leagues. (Doug McWilliams/National Baseball Hall of Fame and Museum)

HOF: How about having the previous 30-game winner, Dizzy Dean, at the game?

DM: I was joking with him before the game about his language. I said, ‘Diz, I hope I don’t get a chance to slud into third today.’ He laughed and said, ‘Yup, you don’t want to slud into third on the day you want to win 30, because you might break your ankle.’ He was so considerate and so charming in the sense that I would think most players might be jealous, but there wasn’t an ounce of that with Dizzy. And I did something that Saturday that I had never done in my major league career: Talked to the media before a game I was starting. I never, ever did that once before in my life. It was a great time in my life. There was a lot of opportunity coming my way and the struggle to pay the mortgage was about to end.

HOF: Looking back, what first comes to mind about the day of the 30th win?

HOF: Finally, what are your thoughts on Cooperstown after having been here many times over the years?

DM: I think it’s the greatest thing since sliced bread. If you have never been there you are absolutely missing out. You don’t have to be a baseball fan to enjoy it. Just the history is worth the trip to Cooperstown. And don’t plan on just one day – it’s a two- or three-day trip. I call it Disney World for adults. I’ve been there probably 15 years in a row now, and I love it. My first trip was when my wife’s father, Lou Boudreau, was inducted into the Baseball Hall of Fame in 1970. 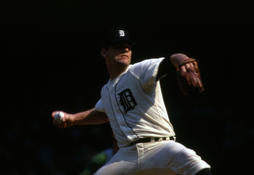 Denny McLain's 31-win season in 1968 was one of the highlights of The Year of the Pitcher.