The History of Baseball and Civil Rights in America

Baseball remains at its core a simple game – played by millions from the youth level to the national stage.

But the convergence of the National Pastime and American culture dates back to the United States’ transition from an agrarian society to an industrialized power.

In short, a snapshot of any point in time of America’s last 150 years includes the fabric of baseball. And often, baseball was at the forefront of cultural change.

“Jackie Robinson made my success possible,” said Dr. Martin Luther King Jr. “Without him, I would never have been able to do what I did.”

The magnitude of those words cannot be overstated. Dr. King’s lasting work as a Civil Rights pioneer touched all areas of the American experience, yet he credited a baseball player with making his dream viable.

Those 19 words speak to the breadth and depth of baseball’s presence in America. The game represents the American ideal at its root: That hard work and fair play are the keys to success.

Once Robinson was allowed to demonstrate his ability in the big leagues, the doors appeared open to everyone. It was a message that only baseball – with its power to cut across cultures – could deliver.

The following timeline highlights some of American history’s watershed moments, both on and off the field, and illustrates how baseball was – and is – a part of our collective lives.

1865-1876: Following the Civil War between the North and the South, America experiences an era known as Reconstruction. From 1865 to 1876, Congress will pass a series of civil rights acts, and the nation will adopted three constitutional amendments (the 13th, 14th, and 15th) intended to ensure freedom and citizenship for Black men. Given this more favorable outlook for African Americans, it was accepted (at least for a while) that Black players could play baseball alongside white players.

1878: Long before Jackie Robinson came on the scene, Bud Fowler becomes the first Black professional player to integrate white teams. Beginning in 1878, he will play in the minor leagues as a pitcher, catcher and second baseman. Although Fowler was born in Fort Plain, a small town in Upstate NY, he moved to Cooperstown, future site of the Hall of Fame, as a young boy.

1887: Black players like Walker would soon lose their place in baseball. In 1887, major league and minor league team owners adopted a secretive "gentlemen's agreement" or unwritten rule, that said that no new contracts will be given to Black ballplayers. This gentleman's agreement, similar to Jim Crow laws adopted by some American states, effectively forces Black ballplayers out of all professional leagues by 1900. (This is called de facto segregation, which is segregation that occurs in practice without any official law in place.) 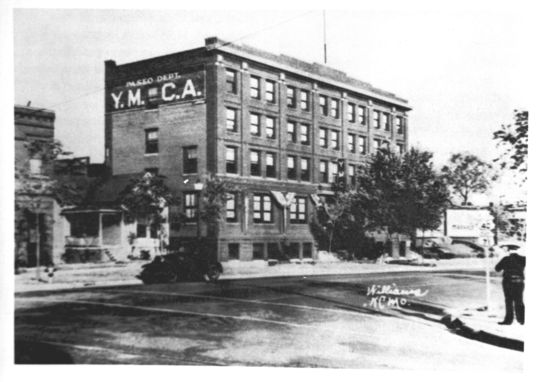 The YMCA in Kansas City, Missouri where the Negro National League was established in 1920. (Larry Hogan/National Baseball Hall of Fame and Museum) 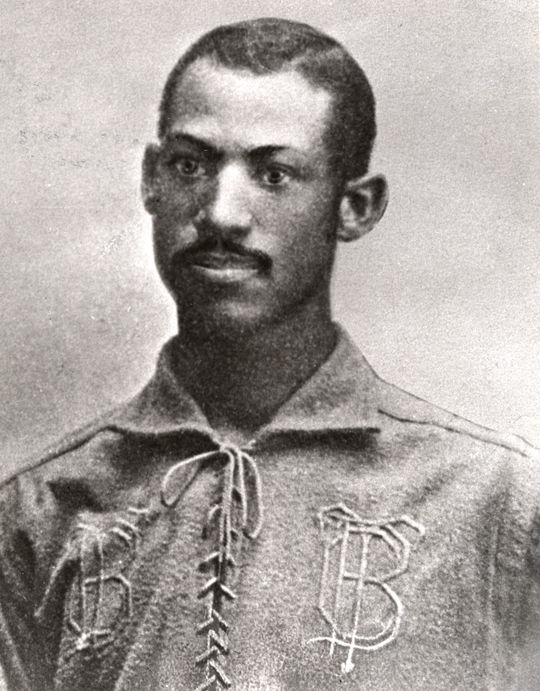 Moses Fleetwood Walker was the last Black ballplayer on an otherwise all-white major league team until Jackie Robinson in 1947. (National Baseball Hall of Fame and Museum)

1896: The U.S. Supreme Court case, Plessy v. Ferguson, rules that segregation by law is legal and advances the notion of “separate but equal.” (This kind of segregation is known as de jure segregation.) But in examining images of segregated water fountains, job advertisements that excluded Black applicants and even soda machines that prevented African Americans from making purchases, this notion of “equal” access and opportunity is proven to be false.

1916-1919: Between 1916 and 1919, half a million African Americans will relocate to the North in what became known as the Great African-American Migration. Meanwhile, World War I will come to an end in 1918. These two factors will help set the stage for Rube Foster and the birth of the Negro Leagues.

1920: Rube Foster, owner of an independent all-Black team, the Chicago American Giants, founds the Negro National League. This marks the start of Negro Leagues baseball. With greater population bases, cities in the North can better support the teams in Foster’s new league. Other Negro Leagues will soon sprout up, as part of a large and profitable baseball industry throughout the 1920s, 30s, and 40s.

1939-1945: More than one million Black Americans serve their country in World War II. While their military units were segregated, some play on integrated baseball teams while overseas.

1945: Branch Rickey, part owner of the Brooklyn Dodgers, signs Jackie Robinson to a professional contract. In 1946, Robinson plays for the Montreal Royals, the Dodgers’ top minor league affiliate. And then on April 15, 1947, Jackie makes his debut for the Brooklyn Dodgers, officially bringing an end to the game’s color barrier. Robinson thus becomes the first African American in the 20th century to play in what are considered the modern major leagues. 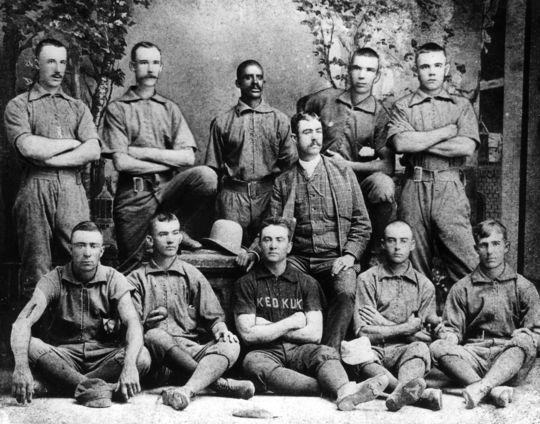 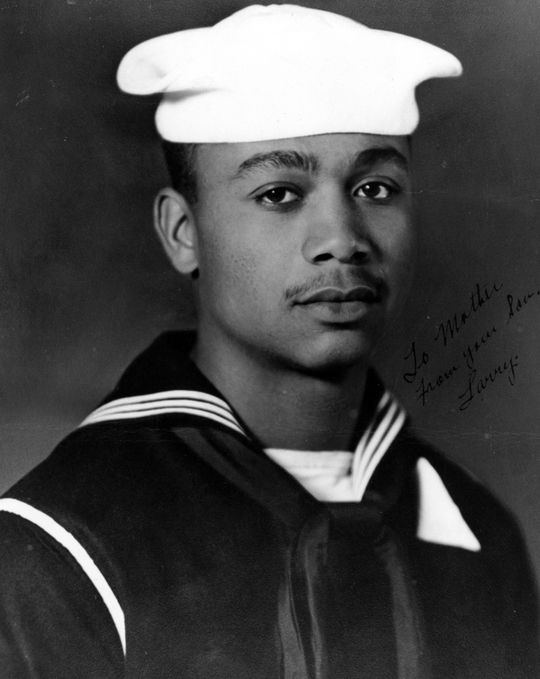 1947: While Robinson becomes the first player to break through the color barrier in the National League, Larry Doby signs later that season with the Cleveland Indians. Doby becomes the first Black player to break the color barrier in the American League. Much like Robinson, Doby will face bigotry and hatred from teammates, opponents and fans, but will overcome such racism to become a star player – and eventually a Hall of Famer.

1947: Wendell Smith is the first Black baseball writer admitted to the Baseball Writers’ Association of America.

1948: The desegregation of baseball foreshadowed other landmark achievements of the Civil Rights movement. In 1948, President Harry Truman desegregated the U.S. military.

1954: The Supreme Court case of Brown v. Board of Education overturns Plessy v. Ferguson and rules that “separate” is not “equal.” Despite this, racial segregation of fans will continue at some ballparks in the South.

1957: Jackie Robinson and Martin Luther King, Jr. receive honorary degrees from Howard University. Robinson will become a trusted advisor to King during the Civil Rights Movement of the 1960s.

1964: Congress passes the Civil Rights Act. In spite of the new legislation, the segregation of fans at minor league ballparks will persist for several years, before finally fading away by the end of the decade. 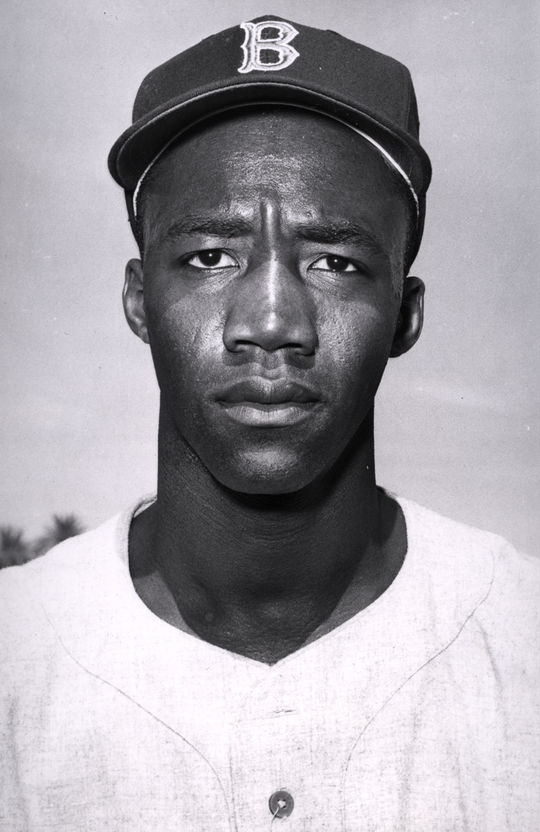 The Boston Red Sox were the final major league team to integrate, when infielder Pumpsie Green debuted in 1959. (National Baseball Hall of Fame and Museum)

1966: During his Hall of Fame induction speech, Ted Williams advocates for Negro Leaguers to be eligible for induction into the National Baseball Hall of Fame.

1971: Satchel Paige becomes the first player inducted into the National Baseball Hall of Fame based solely on his Negro Leagues career.

1971: On Sept. 1, the Pittsburgh Pirates field the first all-Black lineup, including future Hall of Famers Roberto Clemente and Willie Stargell. 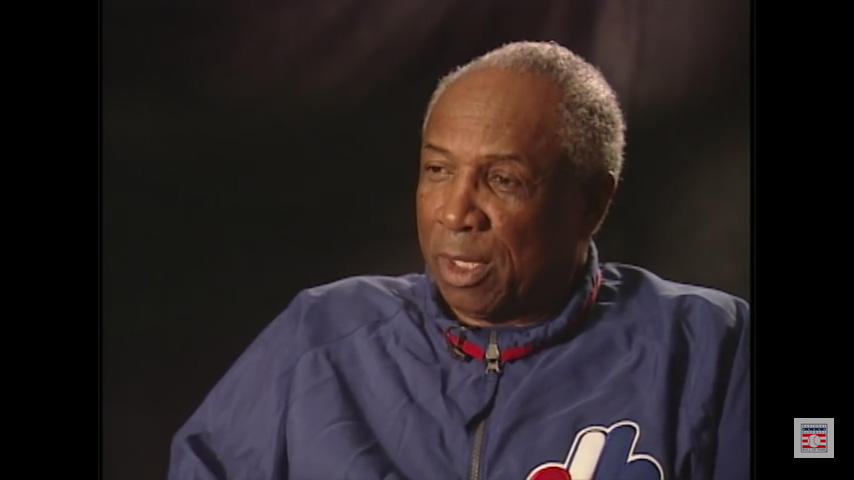 1974: Hank Aaron, an African American from Mobile, Ala., breaks Babe Ruth’s lifetime home run record. Much like Jackie Robinson many years earlier, Aaron faces racial hatred from some fans who do not want to see a Black man break a record belonging to a white player. Even in the face of death threats made against him (similar to what Robinson faced), Aaron succeeds by hitting his historic 715th home run.

1975: Frank Robinson becomes the first full-time African-American field manager in Major League Baseball, serving in that role for the Cleveland Indians from 1975 through 1977. He went on to manage the Giants, Orioles, Expos and Nationals.

1987: The Rookie of the Year Award is renamed the Jackie Robinson Award, 40 years after Robinson, the inaugural winner, broke the major league color barrier. 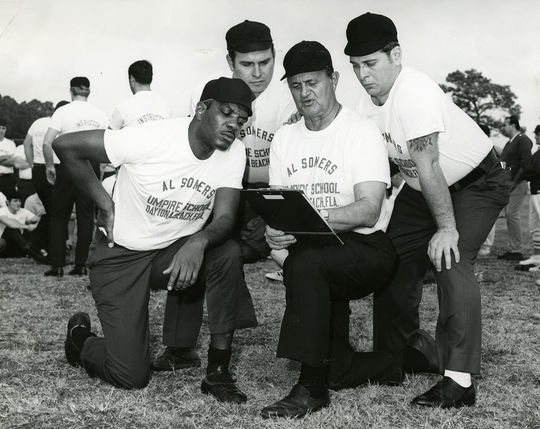 At the time Emmett Ashford was training to become a major league umpire, many umpire schools weren't integrated. Al Somers' school was one of the first to integrate, with students of all races following the path that Ashford blazed. PASTIME (National Baseball Hall of Fame and Museum)

1997: Commissioner Bud Selig retires Jackie Robinson’s number throughout all levels of professional baseball, an honor never before bestowed on any player.

2017: Bruce Maxwell, a catcher for the Oakland A’s, kneels during the playing of the National Anthem prior to the start of a ballgame in September. At the time, he is the first, and only, Major League Baseball player to join other American athletes in protesting police brutality and racism in this manner. 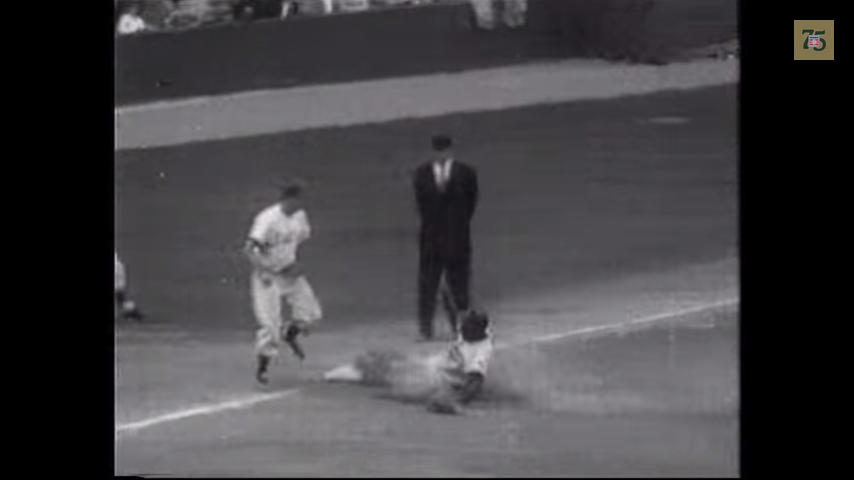 "Ideals and Injustices: A Chronicle of Black Baseball"

This exhibit traces the African-American baseball experience from the game's inception through the modern day. It tells the story of how baseball's segregation reflected broader society and how baseball pioneers served as a catalyst for change. 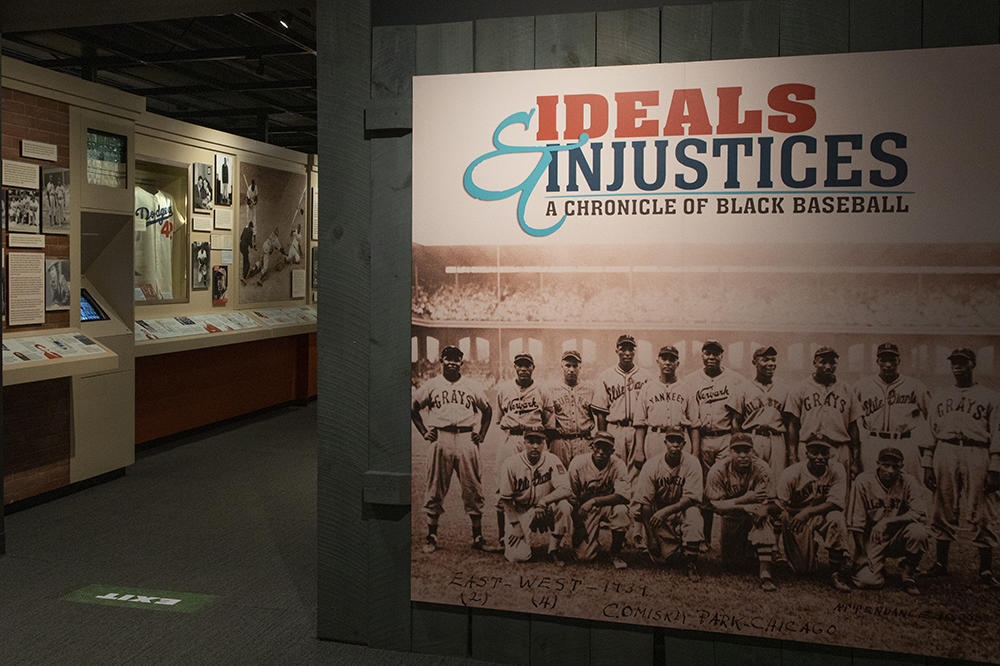 Ideals and Injustices: A Chronicle of Black Baseball 0:33

In this unit, students will explore American history from the Civil War to the Civil Rights movement. They will work both independently and collaboratively to learn how race relations in baseball reflected significant social and cultural developments in the United States.

To learn more about this subject from a Hall of Fame expert, click here to book a Virtual Field Trip. 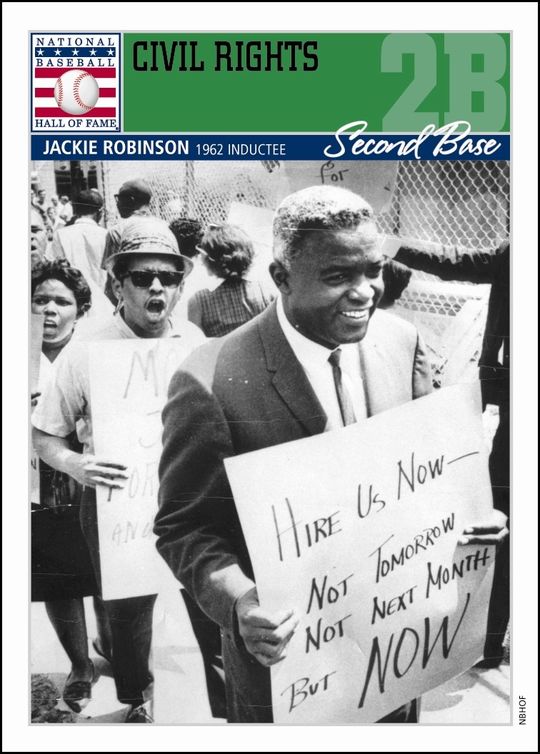 The past and present of African-American baseball experiences

Stories that highlight the lives and careers of Black ballplayers through key moments in history, museum artifacts and baseball cards. 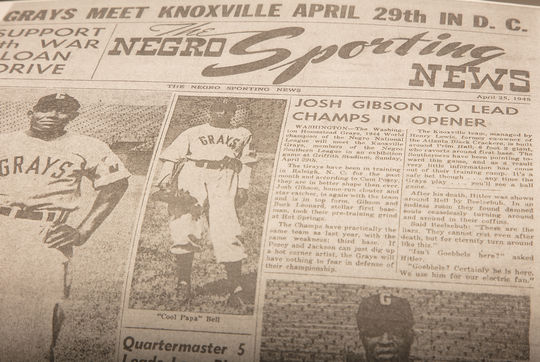 During World War II, the Negro Sporting News – dedicated to coverage of Black athletes, was published. Newspapers and periodicals were the primary way Black athletic accomplishments were disseminated for decades. (Milo Stewart Jr./National Baseball Hall of Fame and Museum) 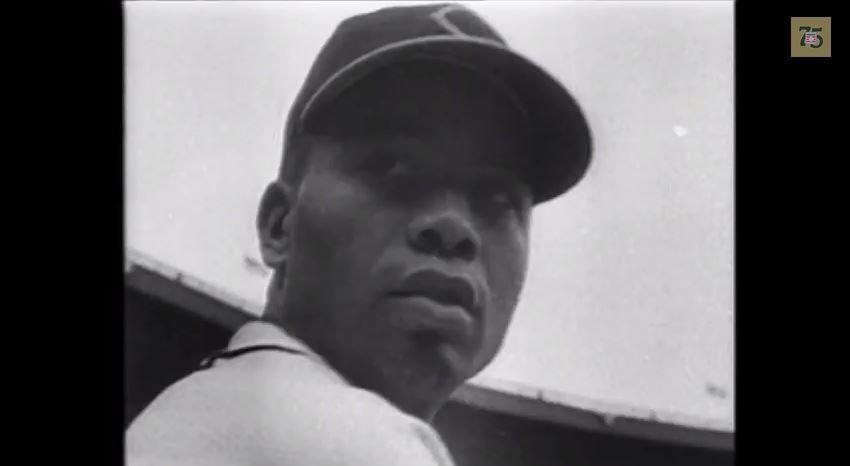