Ted Williams lived up to his nickname at the plate. But during his first year of Hall of Fame eligibility, the votes were anything but splintered.

Williams, often referred to as the “Splendid Splinter” for his hitting ability and his slender build, was the only player elected by the Baseball Writers’ Association of America in the election results announced on Jan. 20, 1966. He received 93.4 percent of the vote and became just the eighth player elected by the BBWAA on his first appearance on the ballot.

But despite the fact that only one player was elected that year, that 1966 BBWAA ballot turned out to be one of the deepest ever. Of the 48 players on the ballot who were not elected that year, 19 of them have been subsequently elected. 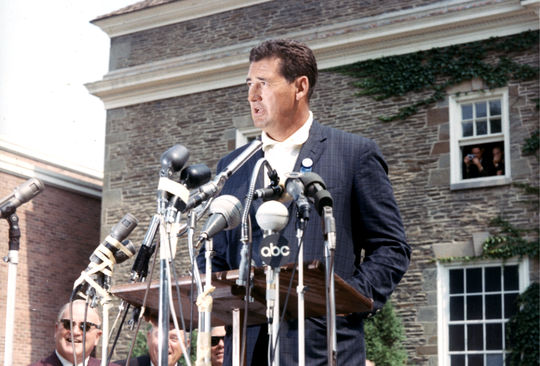 Ted Williams giving his acceptance speech during Hall of Fame Induction Weekend in 1966. (National Baseball Hall of Fame and Museum)

Williams spent 21 seasons in left field for the Boston Red Sox, and his career was twice interrupted by military service. He served in the Marine Corps in both World War II and the Korean War. 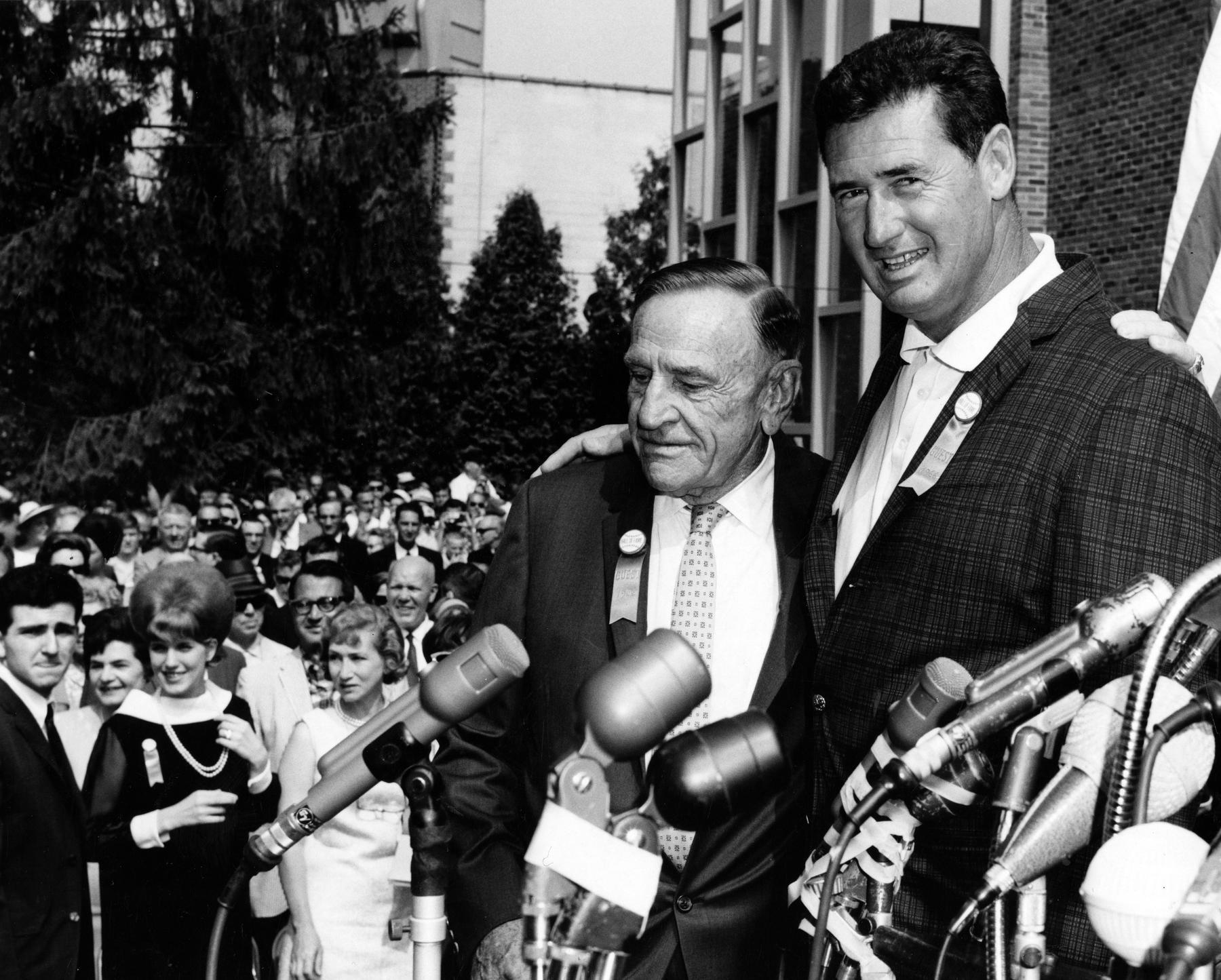 “Ted (Williams) was the greatest hitter of our era,” said Hall of Famer Stan Musial. “He won six batting titles and served his country for five years, so he would have won more. He loved talking about hitting and was a great student of hitting and pitchers.”

He was also a student of history. During his Hall of Fame Induction speech, Williams campaigned for the election of Negro League players into the Hall of Fame.

“I hope that some day the names of Satchel Paige and Josh Gibson in some way could be added as a symbol of the great Negro players that are not here only because they were not given the chance.” he said.

Paige’s induction followed in 1971, and 34 Negro and pre-Negro leagues players and executives have since been elected. 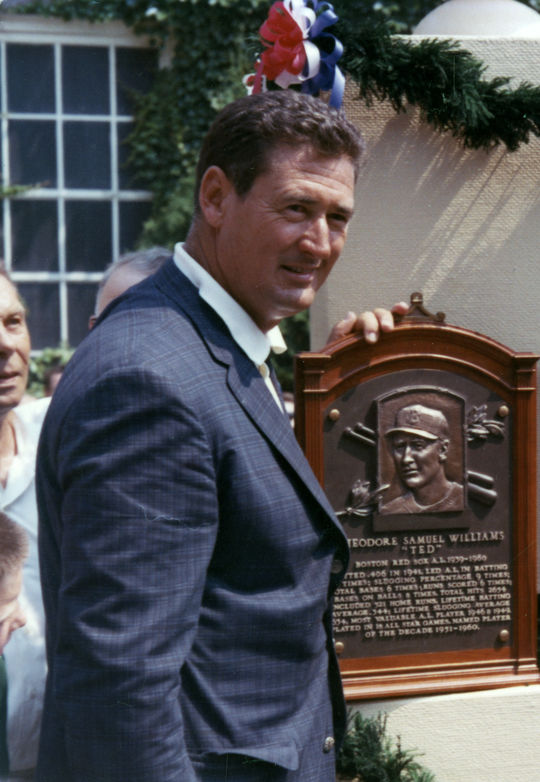 Ted Williams posing with his plaque during Induction Weekend in 1966. (National Baseball Hall of Fame and Museum)

“When Ted (Williams) was a young man, he often said it was his goal that people would say of him: ‘There goes the greatest hitter who ever lived.’ Ted (Williams) fulfilled that dream,” said Hall of Famer Bud Selig.