Bob Uecker, the longtime voice of the Milwaukee Brewers, was named the 2003 recipient of the Ford C. Frick Award.

Recognized five times as Wisconsin Sportscaster of the Year, Uecker joined the Brewers broadcasting tandem of Merle Harmon and Tom Collins in 1971.

The illustrious "Voice of the Brewers," the catcher-turned-broadcaster's self-effacing personality and eternally optimistic outlook made him an instant fan favorite.

He has broadcast the World Series, League Championship Series and All-Star Game, as well as ABC's "Monday Night Baseball" in the 1970s and 1980s.

A world-renowned comedic voice in broadcasting, Uecker earned his break at Al Hirt's nightclub in Atlanta in 1969. Hirt was so impressed with Uecker's dead-pan comedy that he arranged for him to appear on Johnny Carson's "Tonight Show."

His instant success led to some 100 appearances with Carson, and appearances on ABC network television shows, including a starring role in "Mr. Belvedere" beginning in 1985. 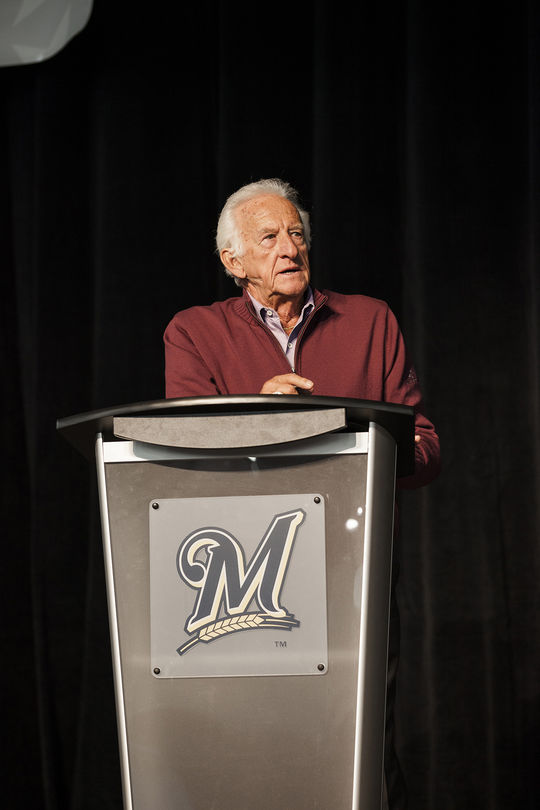 Bob Uecker speaks at a Brewers On Deck event held at the Wisconsin Center on January 26th, 2014 in Milwaukee. (Sara Stathas/Milwaukee Brewers) 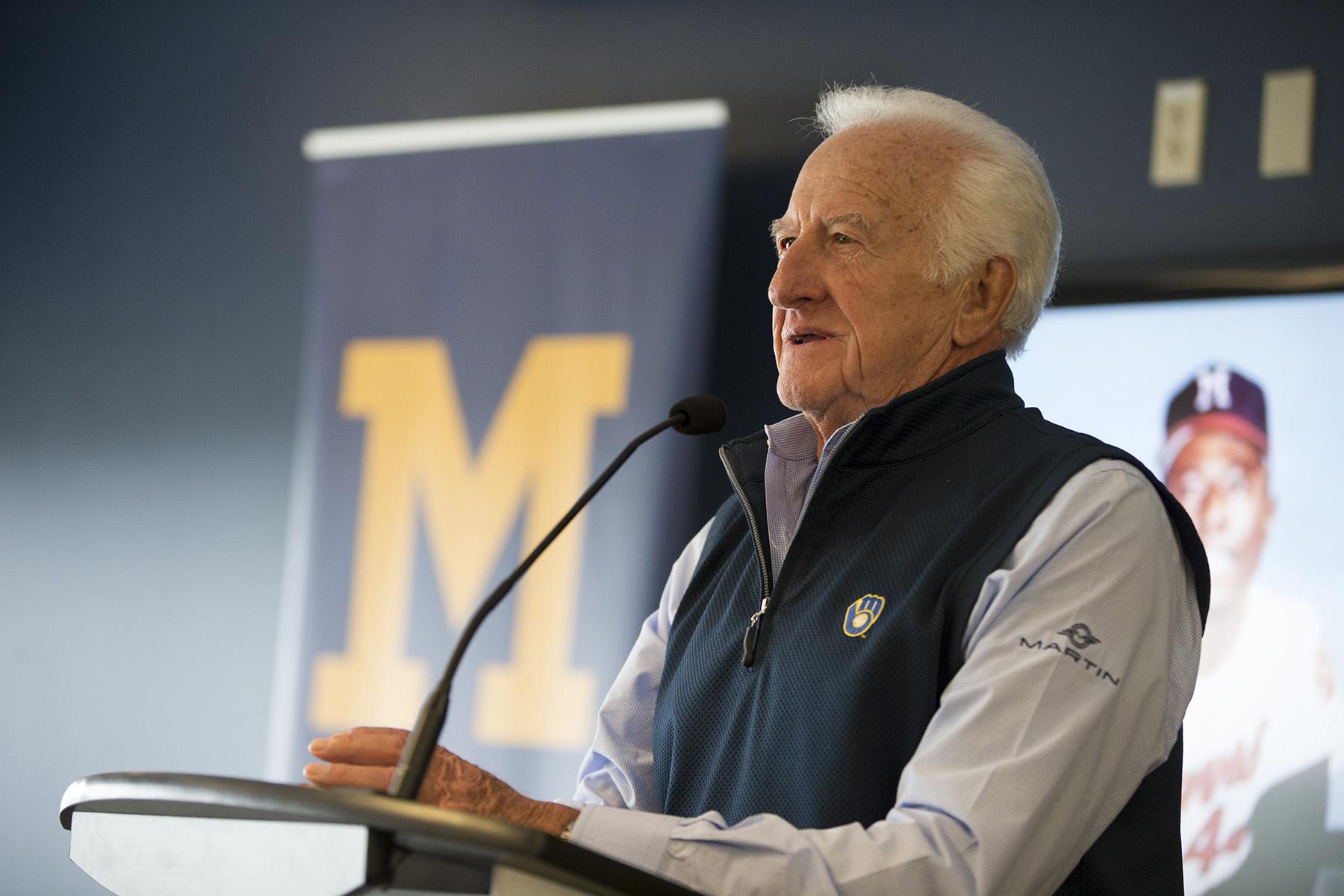 Uecker also hosted a pair of syndicated television shows, appeared in popular commercials, was cast as a radio announcer in the films "Major League" and "Major League II" and authored the hilarious book entitled "Catcher in the Wry," which recounts his major league career. He was inducted into the National Radio Hall of Fame in 2001.

Uecker spent six seasons in the major leagues with the Braves, Cardinals and Phillies, hitting .200 with 14 HR and 74 RBI. He played on one World Series winner with the 1964 Cardinals. 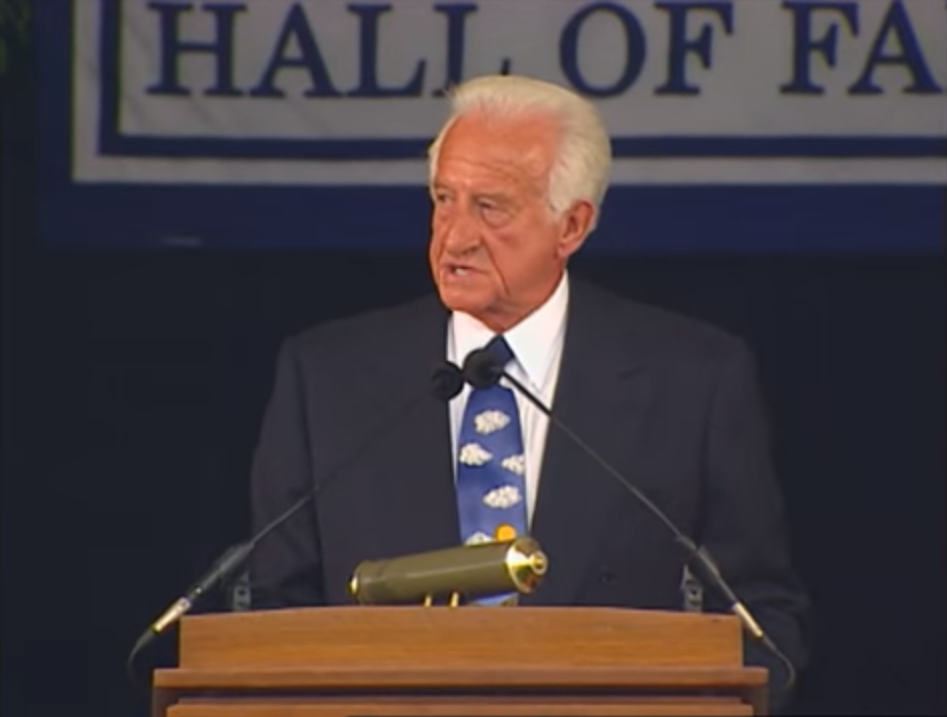 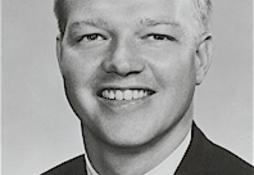 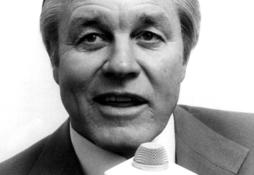