Minor League Baseball serves as an educational tool. For players, it teaches them how to play the game the right way and improve their skills in hope of one day making the big leagues.

Away from the diamond, however, it can also serve as an education for those willing to do what it takes to work in baseball. On June 27, the 2015 Hall of Fame Steele Interns found out just that.

The 19 students in the Museum’s Frank and Peggy Steele Internship Program for Youth Leadership Development attended a game featuring the Tri-City ValleyCats and the Staten Island Yankees at Joseph L. Bruno Stadium in Troy, N.Y. For many, it was their first exposure to minor league baseball.

Prior to the game, the interns met with ValleyCats President/Owner and Hall of Fame Board of Directors member Bill Gladstone, who spoke with the group on a number of topics, including the rigors of being a minor league ballplayer.

Following Gladstone was ValleyCats Chief Operating Officer and Executive Vice President Rick Murphy. Murphy talked about the franchise’s mission to create fans for life, the importance of bringing fun to the ballpark and engaging the fan base. 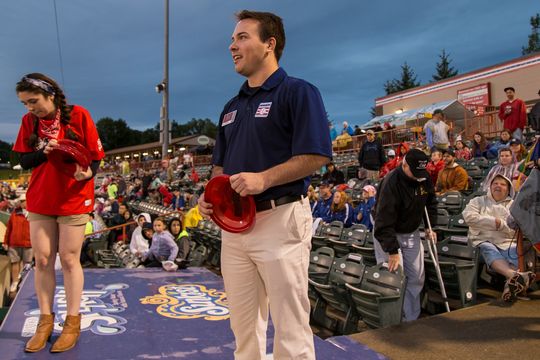 The interns then heard from ValleyCats manager and former major leaguer Ed Romero, who talked about his job in player development. He stressed the importance of chemistry as a factor to the success of any team.

“That was my first time at a minor league game, to see the passion the staff had for their jobs was inspiring.”

During the game, the interns took part in a number of activities. The Membership interns set up a booth to promote the Museum’s Membership Program. In addition, five artifacts from the Museum’s permanent collection were brought along on the trip. The mini-exhibit contained items related both to east coast baseball, and the ValleyCats’ parent club, the Houston Astros.

Among the items was a signed baseball by 2015 Hall of Fame inductee Craig Biggio, and a glove worn by Hall of Famer and Troy native Johnny Evers.

Throughout the game, the interns spent time with fans at the artifacts booth, even handing out baseball cards to kids along the way. At other points, interns were able to watch some of the game with Gladstone from a suite.

The entire trip left an indelible impression on the interns.

“It was an awesome experience,” multimedia intern Travis Green said. “That was my first time at a minor league game, to see the passion the staff had for their jobs was inspiring.”

The game itself ended with a thrilling finish. The ValleyCats trailed the Yankees 10-6 with only two outs remaining, when Gladstone stood up and one intern said “C’mon it’s rally time, Bill!” 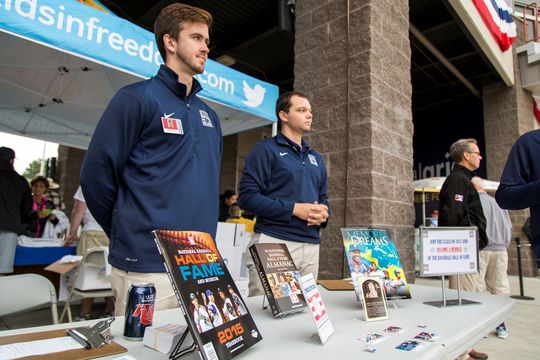 Rally time it was. The ValleyCats would score four straight runs before winning the game in the 10th inning on a walk-off groundout.

During the late-game rally, Gladstone stood in the exact same spot – a superstition of sorts – as he marveled at his team’s comeback.

“He wouldn’t let us move because of the rally,” Green said. “It was a really great experience.”

Applications for the 2016 Class of Steele Interns will be accepted starting this fall. For more information on the program, please visit our Steele Internship page. 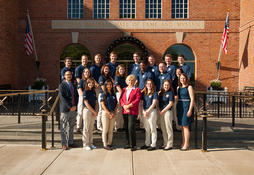 A ten week immersion experience that takes classroom learning into the real world. 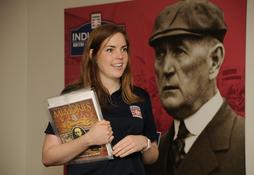 Benefits of the Internship

Examples of activities interns participate in. 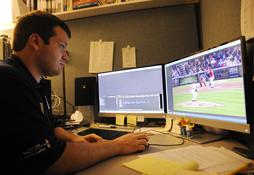 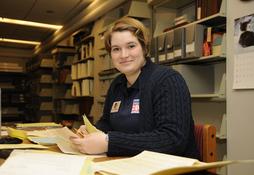 Answers to the most common questions.