He had thrived in eight seasons in New York. He had also won a World Series ring and played in 12 All-Star Games.

Then, after 19 successful years in the big leagues, future Hall of Fame outfielder Dave Winfield checked one final task off his career to-do list: He came home.

“There were a number of other teams where Dave could have signed,” said Jeff Klein, Winfield’s agent. “This is where he wanted to be. He’s thrilled to be coming back home.”

Winfield is regarded as one of the greatest athletes in Minnesota state history. A three-sport star at St. Paul’s Central High School, Winfield played basketball and baseball at the University of Minnesota University. He led the Golden Gophers basketball team to the Sweet Sixteen round of the NCAA Men’s Basketball Tournament in 1971-72 and was named the MVP of the College World Series as a pitcher in 1973.

The summer of 1973 was an historic one for Winfield, as he became the first athlete to be drafted by four professional sports leagues in three different sports: the San Diego Padres (MLB), Atlanta Hawks (NBA), Utah Stars (ABA) and Minnesota Vikings (NFL).

Winfield chose baseball and debuted in left field for the Padres in 1973 without having played a single game in the minor leagues. He quickly become one of baseball’s best all-around players. Combining fearsome power at the plate with effortless athleticism in the outfield and on the base paths, Winfield was voted to three consecutive All-Star Games from 1977-79 and picked up his first Gold Glove Award after the 1979 season.

“If you accidentally get the ball up to Winfield there’s only one way he can hit it – back up the middle,” said Hall of Fame pitcher Bert Blyleven. “And that’s where we are. He may kill a pitcher before he’s through.” 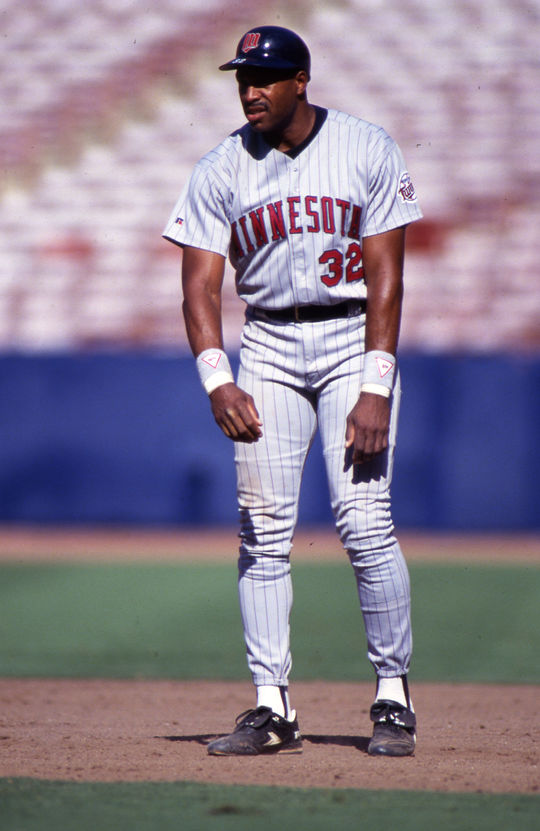 After 19 years in the big leagues, Dave Winfield signed with his hometown Minnesota Twins on Dec. 17, 1992. (John Cordes/National Baseball Hall of Fame and Museum)

In the winter of 1979, Winfield signed a 10-year, $23 million contract with the New York Yankees that made him the highest paid player in baseball.

Despite an often-tense relationship with Yankees owner George Steinbrenner, Winfield was consistently among the Yankees’ best players and represented the club at every All-Star Game from 1980-88.

“I thought Reggie [Jackson] hit the ball harder than any other human being. But Winny, he’s beyond Reggie,” said Yankees second baseman Willie Randolph. “I usually take a walking lead when I’m on third, but I head to the other side of the bag when Winny gets up. Taking a step towards Winny is like walking into the lion’s mouth.”

Winfield was traded to the California Angels at the start of the 1990 season and eventually wound up with a rising Toronto Blue Jays squad in 1992. Winfield put past postseason struggles behind him when he hit a two-run double in the 11th inning of Game 6 of the 1992 World Series. The big hit brought home the series-winning runs for Toronto and delivered Winfield his first Fall Classic title.

Two months later, Winfield chose to close out his storied career with his hometown club.

“People here are nice, easygoing and straightforward, and they aren’t uptight like some in the big cities,” said Winfield when he signed with Minnesota. “People here enjoy the simple things, like fishing. I went fishing for the first time in 30 years.” 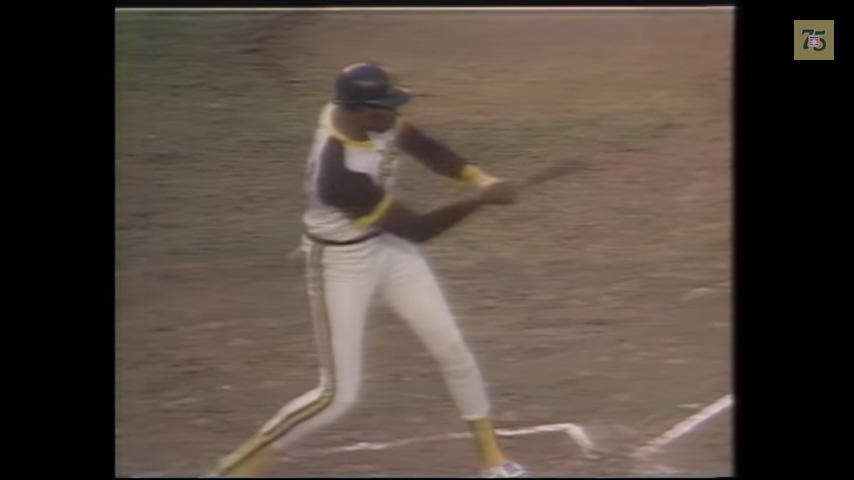 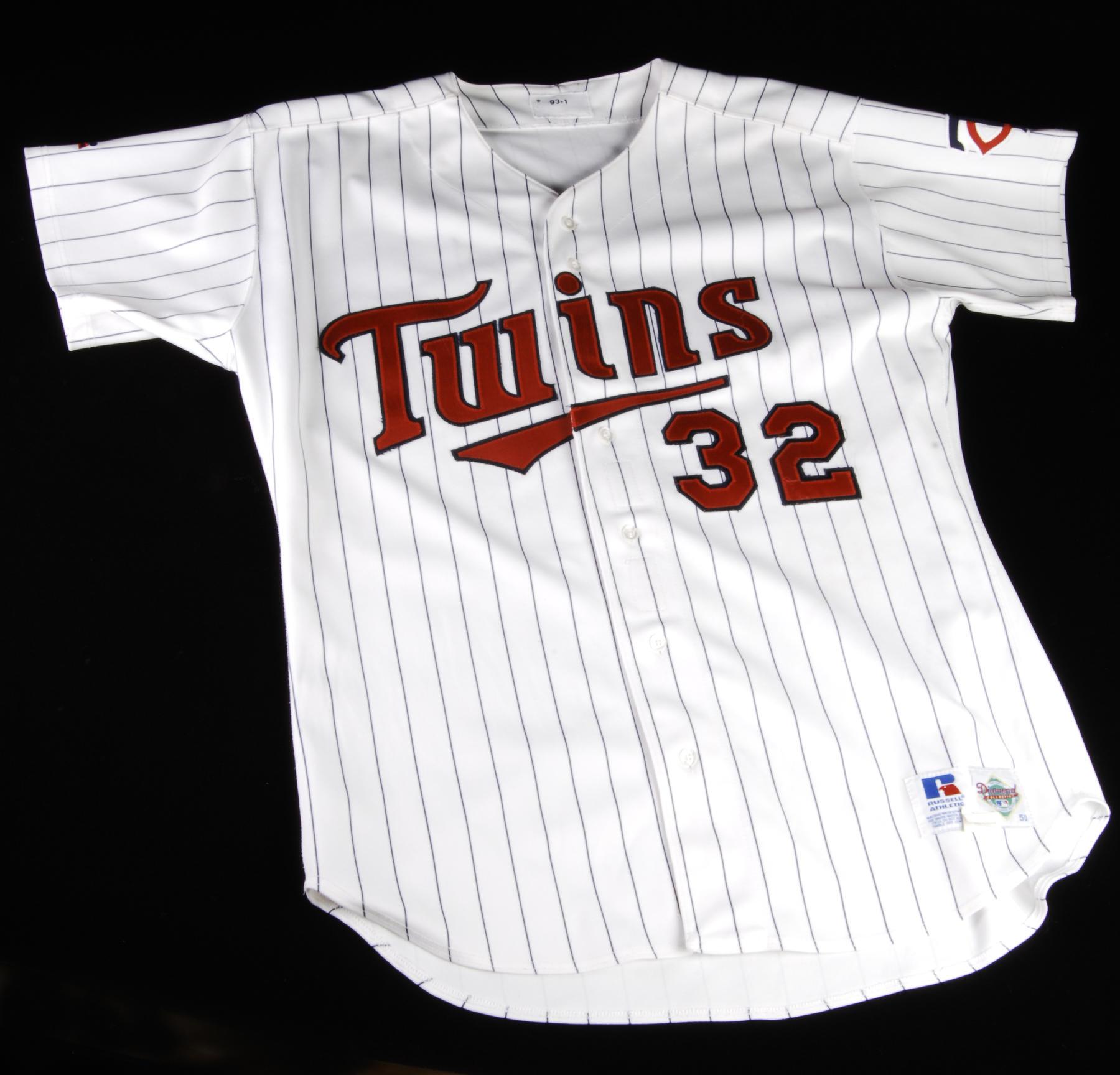 Dave Winfield wore this Twins jersey on Sept. 16, 1993 when he singled off the Athletics’ Dennis Eckersley in the ninth inning for this 3,000th career hit. Winfield became just the 19th player to reach the 3,000-hit mark. - B-3-94 (Milo Stewart, Jr. / National Baseball Hall of Fame)

On Sept. 16, 1993, Winfield was able to celebrate one of his biggest achievements in front of friends and family at the Metrodome when he became the second oldest player to record his 3,000th hit at age 41. He retired after a 22-year career in 1995 and was elected to the Hall of Fame alongside former Twins teammate Kirby Puckett in 2001.