The swing was without any wasted motion, as if the bat was traveling through some unseen groove across home plate.

Anyone who witnessed a Bill Madlock at-bat remembers it – as do the pitchers he faced during 15 exceptional big league seasons.

When he made his first appearance on a Topps card in 1974, Madlock had already established himself as a blue-chip prospect. Topps apparently thought Ron Cash, Jim Cox and Reggie Sanders were also destined for stardom, putting the trio along with Madlock on a “future stars” card of 1974 rookie infielders.

Born Jan. 12, 1951, in Memphis, Tenn., Madlock excelled in both football and baseball in high school. He turned down the St. Louis Cardinals when they selected him in the 11th round of the 1969 MLB Draft, enrolling at Southeastern Illinois College in Harrisburg, Ill. The next year, the Washington Senators took Madlock in the fifth round of the draft – and Madlock’s pro career was under way. 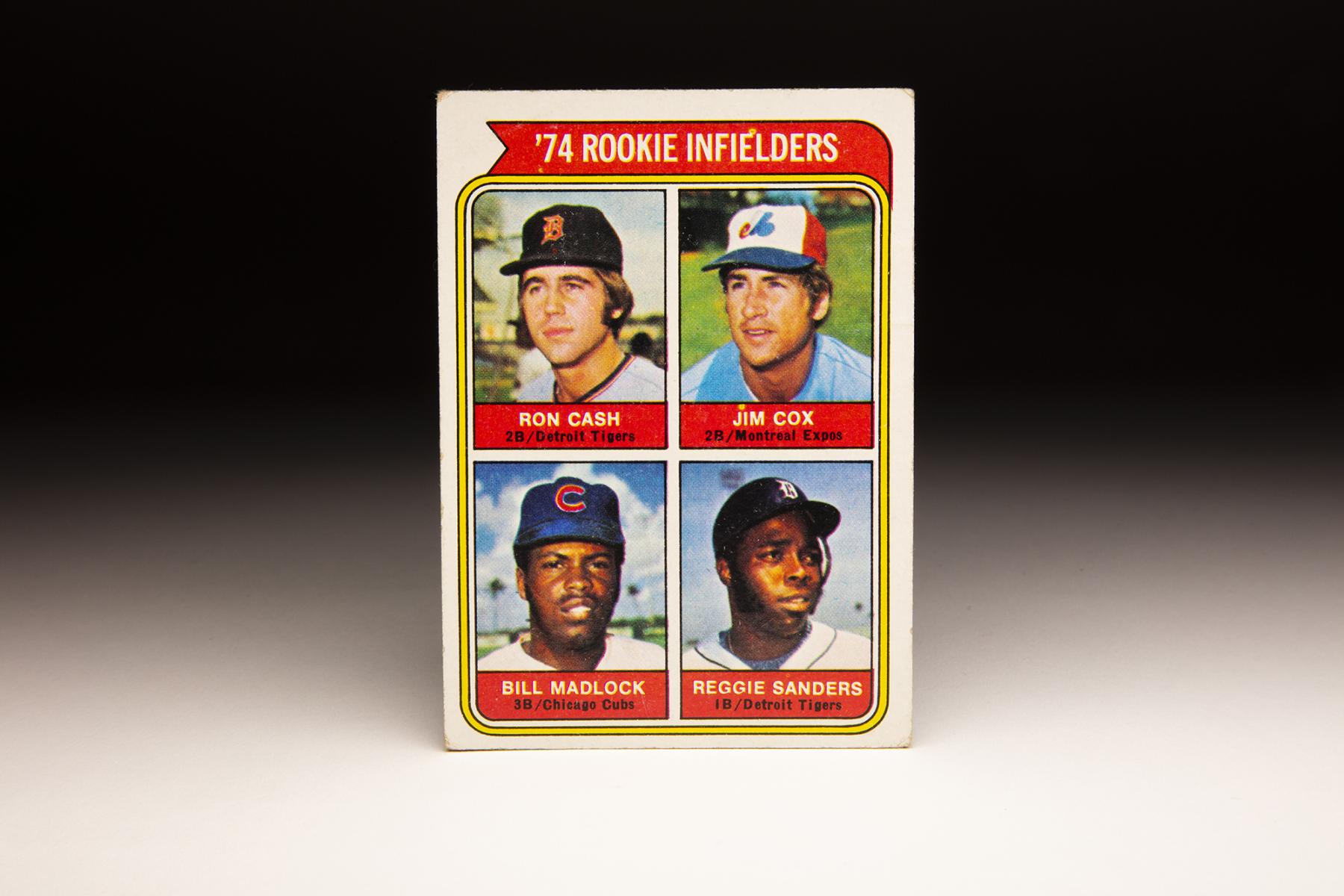 Madlock’s first three minor league seasons produced moderate results, but in 1973 he hit .339 with 22 home runs and 90 RBI for Triple-A Spokane – where the Rangers, who had moved from Washington, D.C., in 1972, had their top minor league team.

But after losing a combined 205 games in 1972 and 1973, Rangers’ general manager Dan O’Brien was willing to trade the future for the present. On Oct. 25, 1973, he packaged Madlock and utility man Vic Harris in a deal for Cubs ace and future Hall of Famer Fergie Jenkins. 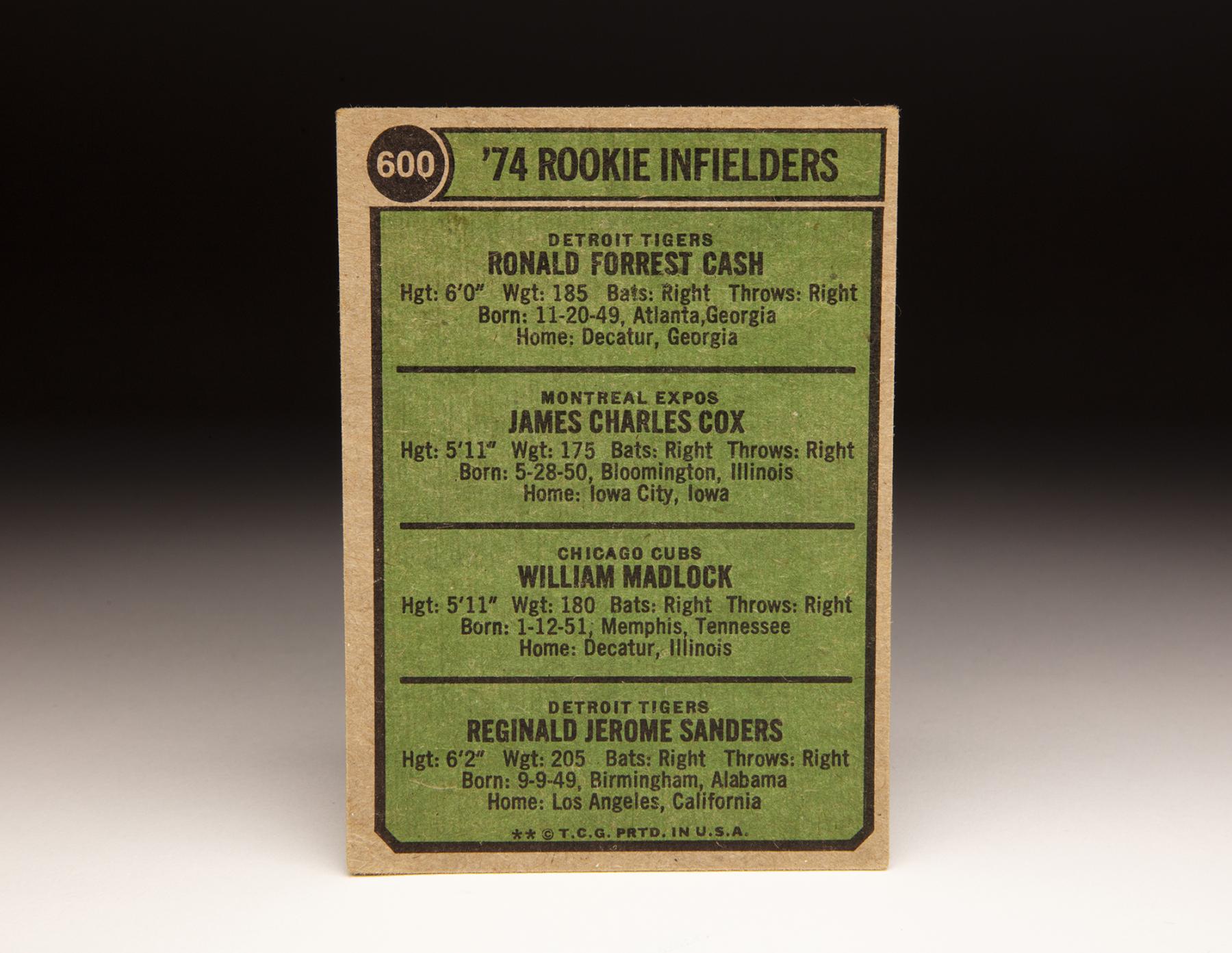 Jenkins immediately paid dividends for the Rangers, winning 25 games and finishing second in the AL Cy Young voting while helping Texas improve by 27 games over its 1973 record. Madlock, meanwhile, hit .313 as the Cubs’ third baseman, finishing third in the National League Rookie of the Year voting.

By the end of the season, the 23-year-old Madlock was hitting third in the Cubs lineup and had established himself as one of the team leaders. He also earned a reputation – born in the minor leagues – of a player who would not back down from a battle.

On Sept. 22, 1974, Madlock got into a scuffle with Cardinals catcher and Ted Simmons after taking exception to the pre-pitch ritual of St. Louis reliever Al Hrabosky, who would psych himself up by stepping off the mound and furiously rubbing the baseball.

The Busch Stadium benches emptied after a high-and-inside pitch to Madlock, who was leading off the ninth inning. When order was restored, Hrabosky fanned Madlock – one of only 39 times he struck out that season in 453 at-bats – and Simmons ended the game in the bottom of the ninth with an RBI single that scored Lou Brock.

The next season, Madlock was named to his first All-Star Game after hitting an NL-best .354. His two-run single in the ninth inning of the Midsummer Classic – off Goose Gossage – gave the NL a 5-3 lead and earned Madlock co-MVP honors with Jon Matlack. 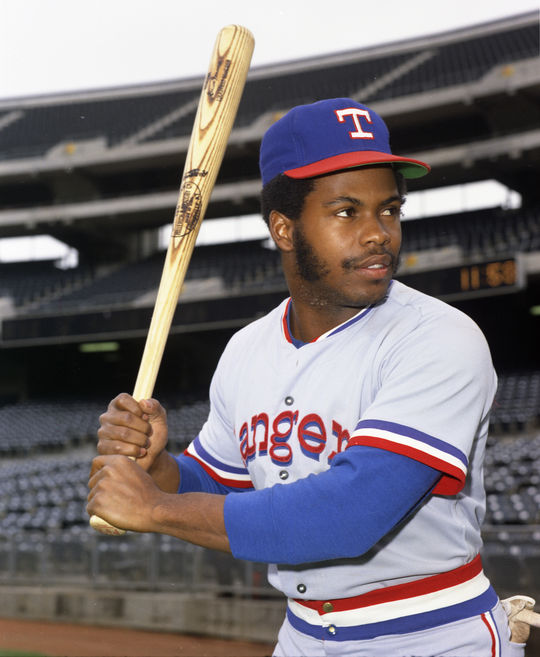 Bill Madlock excelled in both football and baseball in high school, but ultimately signed with the Washington Senators when they drafted him in the fifth round of the 1970 MLB Draft. (Doug McWilliams/National Baseball Hall of Fame and Museum)

In 1976, a second-half surge gave Madlock his second batting title. Trailing the Reds’ Ken Griffey .336 to .333 entering the season’s final day on Oct. 3, Madlock went 4-for-4 against the Expos while Griffey initially did not start Cincinnati’s game against the Braves. Griffey entered the game in the seventh inning, but struck out twice to leave him at .336 to Madlock’s .339.

But with free agency on the horizon, the Cubs traded Madlock to the Giants following the season in a deal that brought Bobby Murcer to Chicago. Madlock quickly agreed to a five-year $1.3 million deal with the Giants. He hit .302 in 1977 and .309 a year later, but totaled a combined 90 RBI over those two seasons.

After batting Giants’ management, opponents and sometimes his own teammates during those seasons, San Francisco traded Madlock to the Pirates on June 28, 1979, also sending veterans Lenny Randle and Dave Roberts to Pittsburgh in exchange for prospects Fred Breining, Al Holland and Ed Whitson. 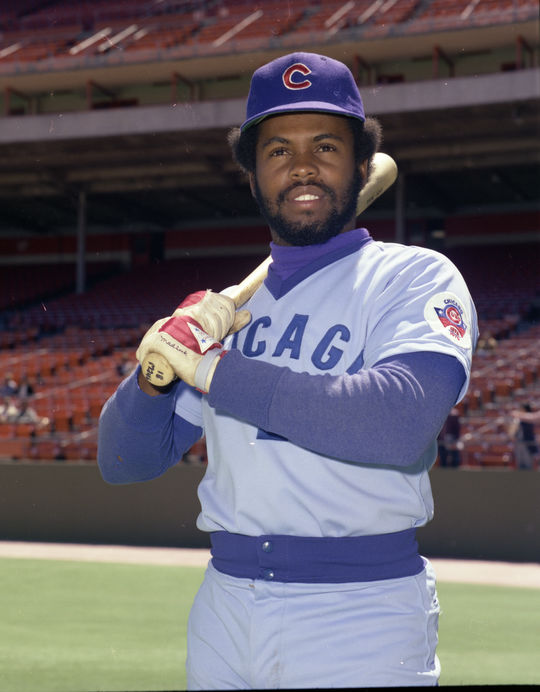 Bill Madlock was acquired by the Cubs in 1973, as part of a trade for future Hall of Famer Fergie Jenkins. (Doug McWilliams/National Baseball Hall of Fame and Museum)

When he debuted for the Pirates on July 2, Pittsburgh was 37-34. From that point, the “We Are Family” Bucs went 61-30, winning the NL East as Madlock hit .328 while playing third base. He hit .375 in the World Series against Baltimore, helping the hot-hitting Pirates win the title.

Madlock struggled to a .277 batting average in 1980, missing 15 games after he was suspended for pushing his fielding glove into umpire Jerry Crawford’s face during an argument on May 1. The suspension, a considerable punishment at the time, also included a $5,000 fine.

But Madlock rebounded in 1981 to win his third batting title, hitting .341 over 82 games in that strike-shortened season. Following the campaign, Madlock signed a six-year, $5.1 million deal – and he produced what was arguably his best season in 1982, hitting .319 with career-bests in home runs (19) and RBI (95). 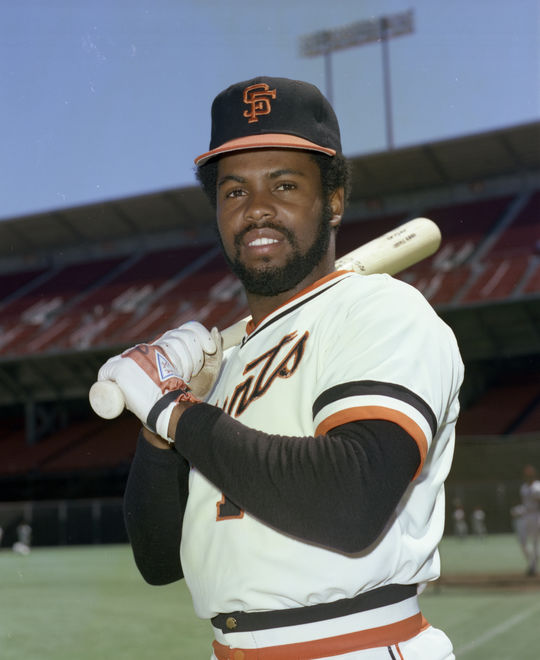 The Giants acquired Bill Madlock from the Cubs and signed him to a five-year $1.3 million contract after the 1976 season. (Doug McWilliams/National Baseball Hall of Fame and Museum)

At age 33 entering the 1984 season, Madlock began to be slowed by injuries. He hit a career-low .253 in 103 games that year, then was traded to the Dodgers on Aug. 31, 1985, in a deal that brought Sid Bream, Cecil Espy and R.J. Reynolds to Pittsburgh. A rejuvenated Madlock hit .360 over the final month for Los Angeles as LA won the NL West. Madlock then hit .333 with three home runs and seven RBI in the Dodgers’ six-game loss to the Cardinals in the NLCS.

After a full season in Japan in 1988 with the Lotte Orions – and a stint in the Senior Professional Baseball League in 1989 – Madlock retired as a player. He finished with a career batting average of .305 to go with 2,008 hits, 920 runs scored and a .365 on-base percentage.

Fitting numbers for a player whose compact, powerful swing inspired awe throughout the game. 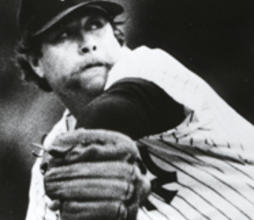 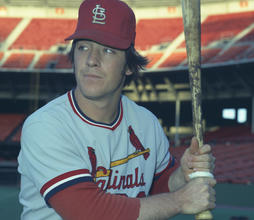 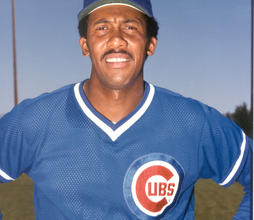 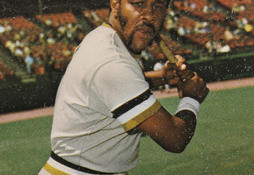 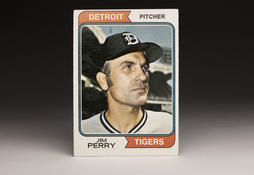 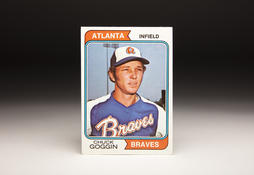 This 1974 Topps Chuck Goggin card highlights Goggin's achievements both on and off the field. 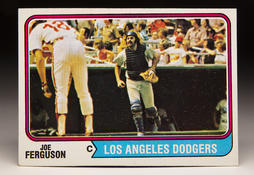