On that cool winter’s day in 1960, a wrecking ball laid waste to the dugout roof at Ebbets Field and, per the United Press International, “sounded the death knell to the musty old ballpark that brought a million memories to Dodger fans.”

It was a seminal moment in Brooklyn, N.Y., history.

For 45 years, Ebbets Field was home to the Brooklyn Dodgers and their faithful fans. The field played host to dozens of Hall of Famers, including Dodgers greats like Jackie Robinson, Pee Wee Reese, Zack Wheat and Roy Campanella.

Baseball in Brooklyn far pre-dated Ebbets Field, but the ballpark swiftly became an icon of America’s pastime. When Charles Ebbets became the majority owner in the early 1900s, the team was playing in Washington Park. Ebbets, who began his career as an architect, knew he wanted to construct a new, modern stadium for his team and eventually settled on a 4.5 acre plot of land between Bedford and Flatbush. He broke ground on the eponymous field on March 4, 1912, and a little more than one year later the then-named Brooklyn Superbas played their first game at Ebbets Field on April 9, 1913. 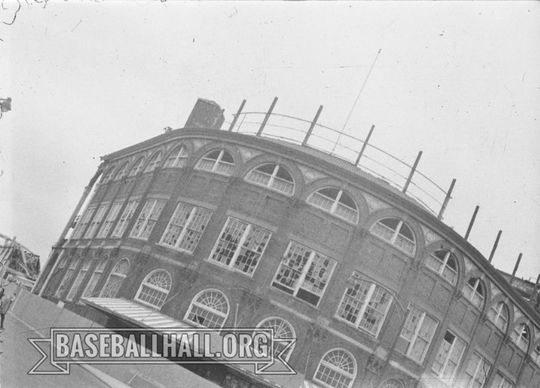 Construction on Ebbets Field originally began on March 4, 1912 and the first baseball game was hosted there a little more than a year later. (Sam Stein)

But aging Ebbets Field held only 35,000 fans, and Walter O’Malley, who took over majority ownership of the team in 1950, moved the franchise to Los Angeles following the 1957 season. Ebbets Field was sold prior to that move – to developer Marvin Kratter – in 1956, and subsequently leased to O’Malley and the Dodgers until the end of the ’57 season.

Between the Dodgers’ final game and the arrival of the wrecking ball on Feb. 23, 1960, Ebbets Field played host to some unusual events, including a demolition derby, soccer matches and a circus. In the Field’s waning months, future Hall of Famer Satchel Paige even made an appearance on its historic grounds, when the Havana Cubans and Kansas City Monarchs faced off in a doubleheader in 1959.

That same year, a young man named Sam Stein clambered over the demolition barricades, where he and his friend used a Voigtlander 2.8 camera to “memorialize the sadness that hung over the stadium grandstand, the scoreboard, everything.” Those photographs have now been generously donated to the National Baseball Hall of Fame and Museum, though they were very nearly destroyed. 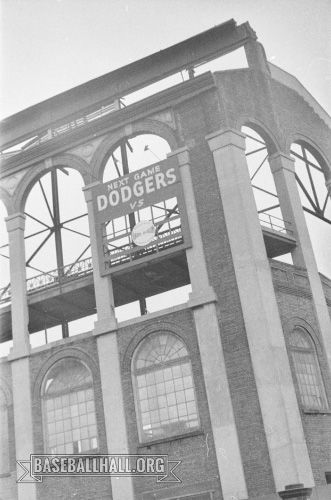 At the end of the 1957 season, the Brooklyn Dodgers left New York and Ebbets Field and moved to California, where they became the Los Angeles Dodgers. (Sam Stein)

As Stein tells it, he returned to Ebbets Field a few months later, alone. Trusty camera still in hand, he was stopped by a security guard who told him he was trespassing and would need to give up his camera and film.

“When I refused, he called the cops to have me arrested,” recalls Stein. “I was duly escorted to the local police precinct, where I was again told that if I didn’t relinquish my camera and film I faced arrest and going to jail. Again I refused.” 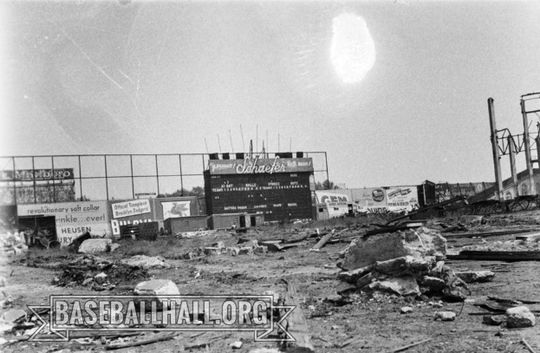 Ebbets Field in the midst of its demolition, taken in approximately 1959. (Sam Stein)

After the security guard left the precinct, the desk sergeant turned to Stein. He “looked up at me, looked back down at his paperwork, then back at me, sighed, shook his head and nodded towards the side door. I took the hint and, with my camera still strapped around my neck, made my exit. The rest is the history you now have.” 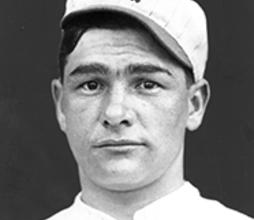 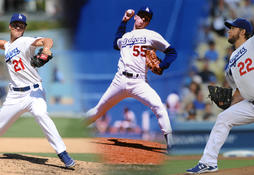