Part of the SHORT STOPS series
Written by: Hanna Soltys

Picking up off-season and in-season jobs off the field was a norm before the 1980s for baseball players. Stan Musial sold Christmas trees, Roy Campanella owned a liquor store, Richie Hebner dug graves in Norwood, Mass., and Al Jackson sold men’s suits in New York. And for the one throwing the final out for the Philadelphia Phillies’ first world championship and the last active major leaguer to play under Casey Stengel tutelage, this was no exception.

While on the hunt for more work off the mound, especially as his family expanded, pitcher Tug McGraw partnered with illustrator and cartoonist Michael Witte to create Scroogie—a syndicated sports comic strip.

Scroogie focused on a fictional team (The Pets) from Spring Training to the World Series as they played real players, teams and managers. Several characters of the Pets took cues from McGraw’s current teammates as well as the broadcaster Lindsey Nelson. And Scroogie himself seemed a bit like McGraw as he was an unpredictable screwball delivering one-liners, or as McGraw dubbed them “humor bombs.” For two seasons, McGraw and Witte’s comic strip covered topics ranging from signing contracts, losing streaks and rain delays to Watergate, The Tonight Show Starring Johnny Carson, and missing the World Series. 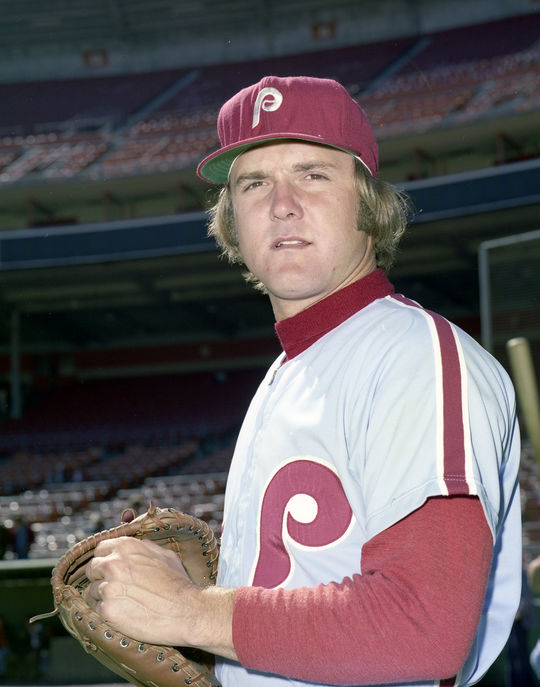 Tug McGraw (pictured above) recorded the final out for the Philadelphia Phillies’ first world championship in 1980. (Doug McWilliams/National Baseball Hall of Fame and Museum)

Though Scroogie ended, McGraw’s creative endeavors did not after his mother Mabel told him the comic strip lacked actual personality for “Scroogie” the baseball. Upon a visit to the National Hall of Fame with his brother Hank, Tug gained inspiration from the various exhibit displays for a new story pitch… Lumpy.

Insistence came from his family once again as his wife wanted him to do something that would distract their children on a drive home from Shea Stadium. That’s when Lumpy: A Baseball Fable about a baseball’s dream to make it to Cooperstown finally hit. Similar to the comic strip, this story used HOF players as it followed Lumpy and his “owner” Johnny from Little League to the World Series.

Scroogie focused on a fictional team (The Pets) from Spring Training to the World Series as they played real players, teams and managers. PASTIME (National Baseball Hall of Fame and Museum)

Drawing up extra work in-season for the game’s biggest players surely was no easy feat, though McGraw said it best: You gotta believe.