But Redling’s cap from his lone professional appearance now has a home in Cooperstown – thanks to a little luck, decades of care and a story tailor-made for the National Baseball Hall of Fame and Museum.

“From Moonlight Graham on down, there are lots of stories of guys who have had the proverbial ‘cup of coffee’ in baseball,” said Tom Shieber, the Hall of Fame’s senior curator. “Yet that one game was clearly important to Charles Redling. Otherwise, why keep the cap? That story resonates.”

Born in 1912, Redling was a schoolboy star for Inglewood High School in Southern California before pitching for the Stars on July 5, 1930, at the age of 18. At that time, the PCL was essentially a third major league and featured dozens of players who would go on to the AL or NL, though some opted to stay in the PCL due to better pay and a desire to play on the West Coast. 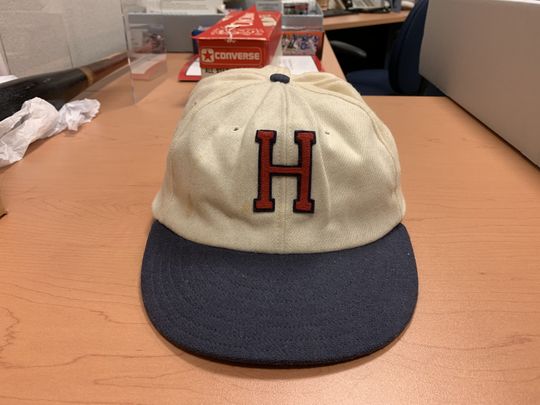 Charles Redling's cap from his time with the Hollywood Stars. (Milo Stewart Jr./National Baseball Hall of Fame and Museum)

Redling, about 10 years younger than the average PCL player in 1930, pitched two innings of relief that day against the Oakland Oaks at Los Angeles’ Wrigley Field in a game the Stars lost 10-3. Redling worked the eighth and ninth innings, according to a story in the next day’s Los Angeles Times, escaping a bases-loaded, no-out jam in the eighth. In that inning, Redling walked future Hall of Famer Ernie Lombardi, who had three hits while batting cleanup for the Oaks in the game.

The Hall of Fame Library’s minor league baseball contract cards show that Redling was under contract with the Stars in 1931, and an Oakland Tribune story from Feb. 13, 1931 listed him on the Stars’ roster, but Redling apparently never pitched in pro ball again. The Stars released him in 1931.

The PCL, which in 1930 was classified as a Double-A league (the highest in minor league ball at that time), continued to thrive into the 1950s, with stars like Joe DiMaggio and Ted Williams going from the PCL to the big leagues. The Stars moved to San Diego and became the Padres in 1936 following a ballpark dispute, but returned in 1938 when the Mission Reds moved from San Francisco to become a new version of the Stars. 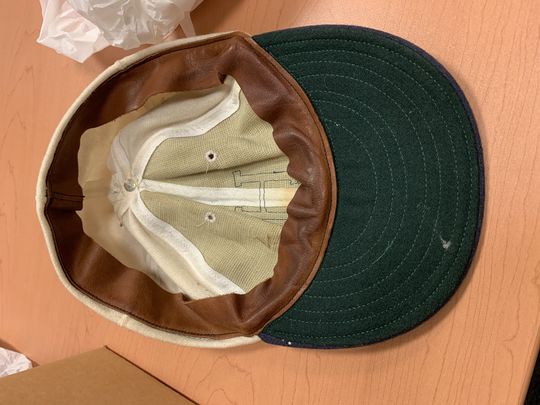 Starting in 1941, the Stars served as a farm team for the New York Giants, Pittsburgh Pirates, Chicago White Sox and Brooklyn Dodgers. But when the Dodgers moved to Los Angeles following the 1957 season, the Stars owners sold the team to a group that relocated the franchise to Salt Lake City.

Through the ensuing years, Redling kept and cared for his cap from his Stars days. Featuring a red block “H” with blue trim, a blue bill and cream top – and looking as if it had not been worn since 1930 – the cap was donated to the Hall of Fame in 2019 by Mike Redling, Charles’ son. 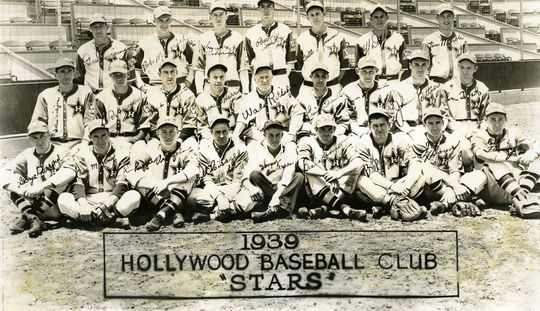 The Hollywood Stars played in the PCL and at one time served as a farm team for major league teams like the New York Giants, Pittsburgh Pirates, Chicago White Sox and Brooklyn Dodgers. (National Baseball Hall of Fame and Museum)

For the Museum’s Accessions Committee – which accepts only about 25 percent of all items offered – it was an easy “yes”.

“First of all, we don’t have a lot of Hollywood Stars or PCL items from what is arguably the heyday of the PCL,” Shieber said. “And the level of play in that league was exceptional. Earl Averill, Lefty Gomez, Bobby Doerr, Tony Lazzeri, Ted Williams, Joe DiMaggio, the Waner brothers: All future Hall of Famers and all came up through the PCL. So this artifact helps us talk about this important league.

“Then when you add in the fact that Charles Redling was basically plucked off the sandlots to play one game, it becomes a story that goes even deeper. It represents thousands of players like him throughout the game’s history: Players who flirted all too briefly with the dream of playing pro ball.” 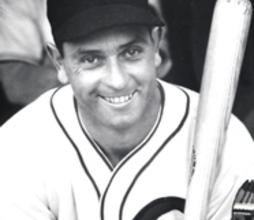 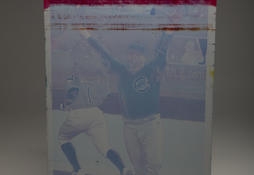 The printing press plates from the day after the Cubs won the World Series in 2016 have been preserved in Cooperstown to tell the story of postseason baseball, and to help illustrate the relationship 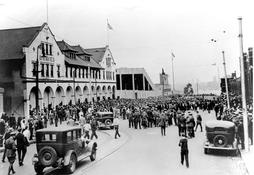 An unassuming piece of metal sheds some light on the history of the Boston Braves. 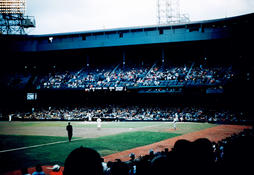 A sign from historic Tiger Stadium has a home at the Hall of Fame.