A teenager fresh out of St. John's Prep in Brooklyn, Tom Meany was recruited to write for the new Brooklyn edition of the New York Journal in 1922.

The following year he earned a byline in the Brooklyn Daily Times as he covered the Dodgers.

Over the years, Meany's sports writing career saw stops at numerous papers including the New York Telegram (later the World-Telegram), New York Star and Morning Telegraph, as well as magazines such as PM and Collier's.

A gifted writer with a thick Brooklyn accent, Meany's most famous scoop was the discovery of manager John McGraw's resignation from the Giants in 1932.

Following his writing career, Meany joined the Yankees in 1958.

In 1961 he joined the expansion Mets as publicity director.

He later served as promotions director before passing away on Sept. 11, 1964.

Meany was the author of 14 books on sports.

Bob Broeg recalled Meany as "the strength... of any literary team of which he was an important part.... He was a joy to whomever had the pleasure to read his best lines or just to hear them." 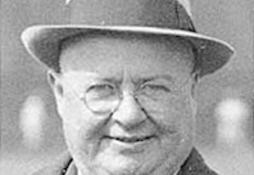 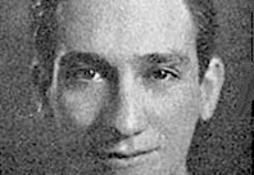