Part of the SHORT STOPS series
Written by: Ken Roussey

James Thomas Bell, better known by his nickname “Cool Papa,” confounded opponents in the Negro Leagues with his ability to reach base. However, it only got worse for the opposition from there, because it was almost a given that Bell would steal both second and third as long as they were open for the taking. Claiming to have once been clocked circling the bases in 12 seconds flat, Cool Papa Bell may be the fastest ball player of all time.

This photo shows the Homestead Grays’ speedster sliding into third during the first game of a double-header against the Baltimore Elite Giants at Griffith Stadium in Washington on May 16, 1943. The contest, which was the inaugural game of the 1943 Negro National League season, was played before a crowd of approximately 10,000. The Grays’, coming fresh off a Negro National League title the previous year, won both games of the opening day double-header and later went on to win their first Negro World Series Championship in 1943. 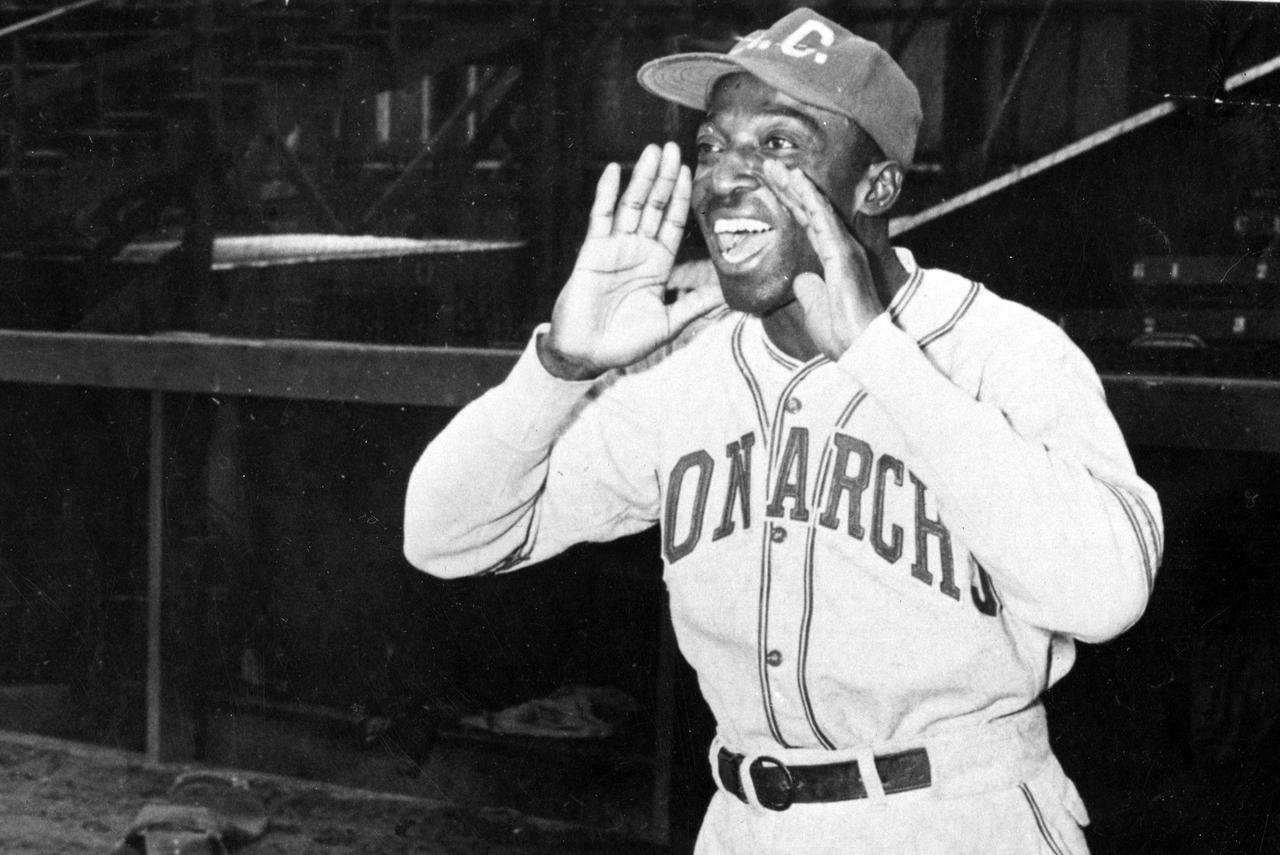 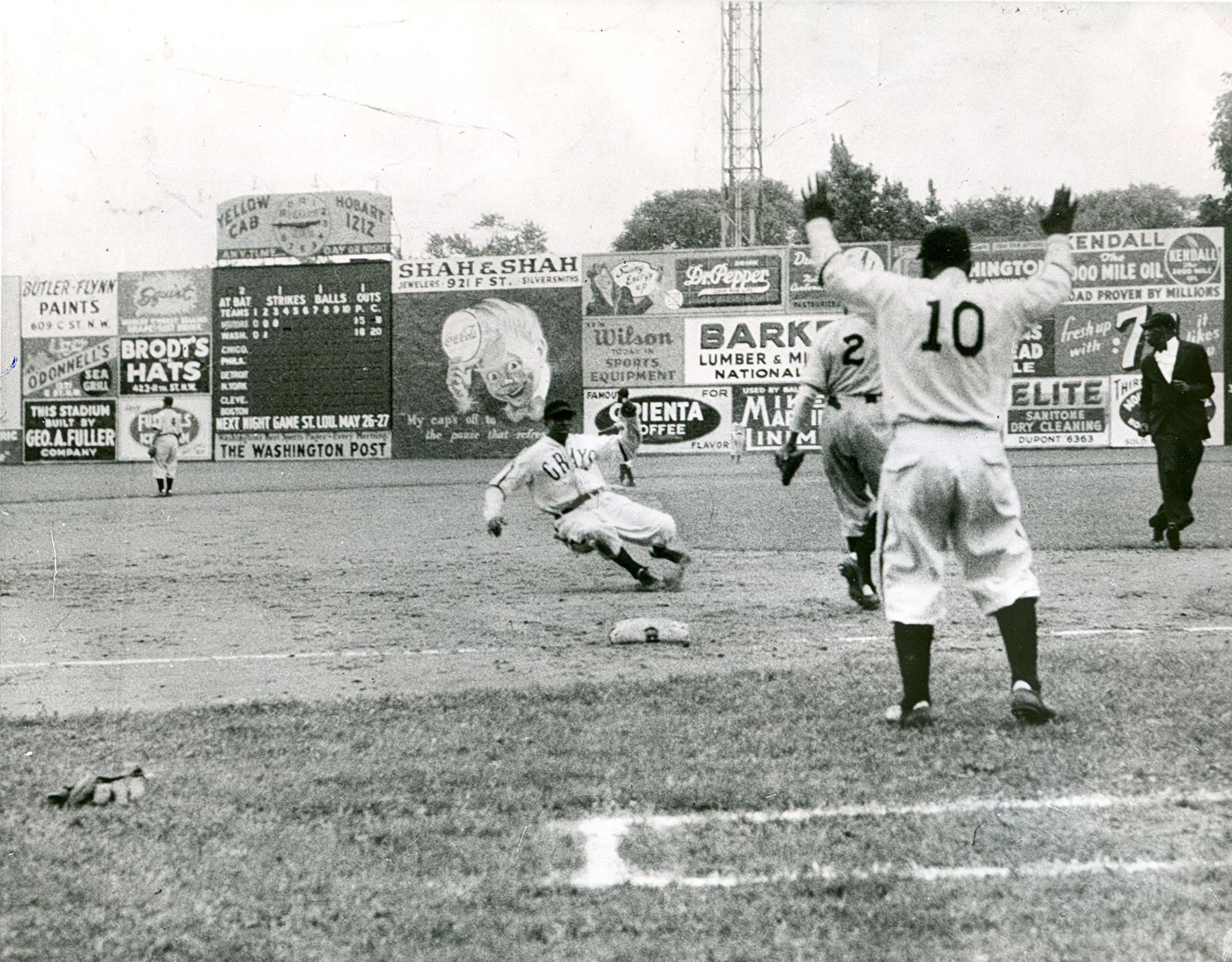 Cool Papa Bell of the Homestead Grays sliding into third base during the first game of a double-header against the Baltimore Elite Giants at Washington's Griffith Stadium on Negro National League Opening Day, May 16, 1943.

Bell, originally from Starkville, Miss., moved to St. Louis as a teenager, where he spent most of his time playing neighborhood baseball. In 1922, he got his start in the Negro National League as a pitcher for the St. Louis Stars, making $90 a month. This is where he earned his nickname “Cool Papa” for remaining cool on the mound during intense pitching situations. After leaving St. Louis, Bell went on to play for a variety of other Negro League clubs, most notably, the Kansas City Monarchs, the Homestead Grays, and the Pittsburgh Crawfords.

After an injury to his pitching arm, Bell shifted to center field and learned how to be an effective switch-hitter, making him a menace in the outfield, a threat at the plate, and a burner on the base paths. As a multifaceted player, Bell quickly learned to respect and master the strategic aspects of the game. This included perfecting what he called “tricky” or “unwritten” baseball. He explained, “That’s why we beat the major league teams. It’s not that we had the best men, but in a short series, we could outguess them.” It was typical for Bell and his teammates to run the bases hard to cause wild throws; bunt and run in the first inning; and hit away in bunt situations.

The style of Negro League ball may have been characterized as unorthodox at the time, but nothing was more unorthodox than Cool Papa Bell’s speed, which is what separated him from many of the gifted players of his generation. In fact, so many stories have been told about Bell’s legendary speed that it is sometimes difficult to separate fact from myth. It is said that Cool Papa Bell hit a ball up the middle of the field and was struck by the ball while sliding into second. Some leagues recorded that he stole 175 bases in a 200 game season in 1933 and that, on one occasion, he even stole two bases on a single pitch. Others say Bell was so fast that he once scored from first on a sacrifice bunt. The best story, however, comes from Bell’s former roommate and fellow Hall of Famer, Josh Gibson, who said that Cool Papa “was so fast he could flip the light switch and be in bed before the room got dark.”

Cool Papa Bell was inducted into the National Baseball Hall of Fame in 1974, making him the fifth player elected by the Committee on Negro Baseball Leagues. He died in 1991 at the age of 87.