Dan Issel may have gained fame with a basketball, but baseball has always held a special place in his heart.

Inducted into the Naismith Memorial Basketball Hall of Fame in 1993, the 6-foot-9 Issel, who starred at the University of Kentucky before embarking on a stellar 15-year professional career with the ABA’s Kentucky Colonels and the ABA’s and NBA’s Denver Nuggets, visited the National Baseball Hall of Fame and Museum for the first time on June 9.

“I’m a huge baseball fan,” Issel said. “I grew up with the Chicago Cubs, watching them almost every day, and Ernie Banks was my hero. And when I was growing up, I wanted to be the shortstop for the Chicago Cubs.

“I love baseball, and my grandson is playing in a tournament (in Cooperstown), so this was a marvelous opportunity for us to come and visit the Hall.”

Issel’s love of baseball took root during his Midwest upbringing. 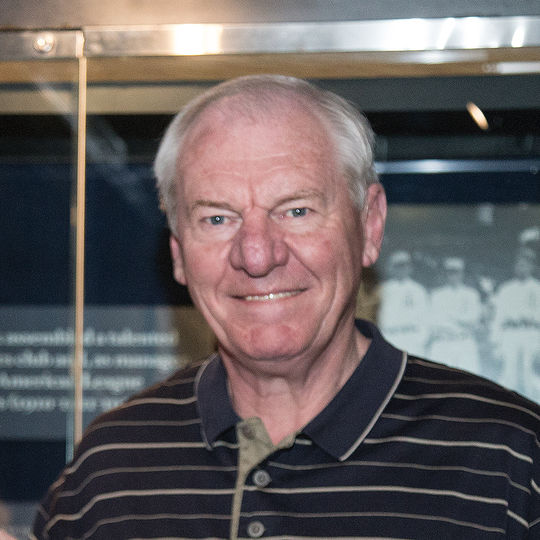 Growing up, baseball was my first love.

“I grew up in a little town called Batavia, Ill., about 40 miles west of Chicago,” Issel recalled. “And I had a friend whose mom was a big Cubs fan and during the summer, she’d pack four or five of us in a car and we’d go sit in the bleachers at Wrigley Field, so I was hooked at an early age. Growing up, baseball was my first love.”

And though he has called Denver home for years, his affection for Chicago’s North Side team has not waned.

“I pull for the Rockies except when they play the Cubs, but I’m not passionate about the Rockies like I am the Cubs. I’ve got the MLB Baseball Package and my wife would say I watch too much baseball but I don’t think that’s the case,” Issel said with a smile. “I’m still more passionate about the Chicago Cubs than any basketball team that I played for. I live and die with the Cubs and it looks like we’re finally headed in the right direction.

“When (Cubs president) Theo Epstein came to town he said it was going to take a few years but he’s done it right. He’s built it through the draft and he’s got some of the top young prospects in baseball. You never know – potential is a dangerous thing – but hopefully in a couple of years they’ll be in the World Series. I’d love to see that happen before I go.”

Before he became one of basketball’s great players, Issel took part in a number of sports during his scholastic years.

“Growing up and attending a small high school, we played everything and so I played baseball until my senior year in high school when it became apparent I might get a basketball scholarship,” Issel said. “I was a first baseman because that seemed to be the place they put all the tall kids.” 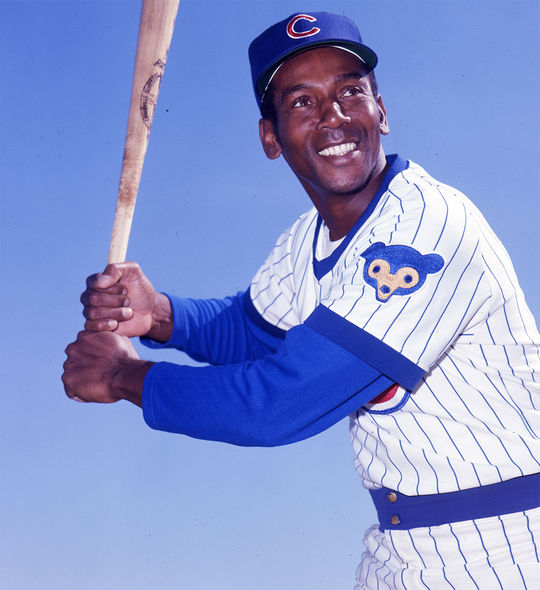 Ernie Banks played 19 years for the Chicago Cubs, leaving behind a legacy of outstanding play and unwavering enthusiasm. Banks redefined the hitting expectations at shortstop with power never before seen at the position. He finished his career with 512 home runs and was elected to the Hall of Fame in 1977. - BL-1972A (Doug McWilliams / National Baseball Hall of Fame Library)

For Issel, the family’s trip to Cooperstown also included a stop in Springfield, Mass., where he got a glimpse at his history on the hardwood.

“We came in to Cooperstown yesterday and today we were came back with my grandson’s team to tour the Hall, going through this marvelous exhibition of baseball history,” he said. “We actually started our trip visiting the Basketball Hall of Fame and showing my grandchildren that facility, so we’re blessed that we get to see two great, great places on the same trip.” 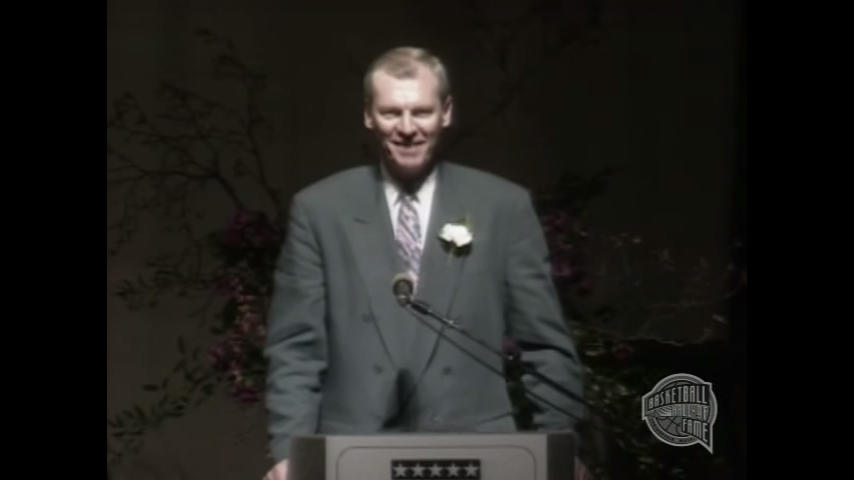