The longtime comedian, who grew up idolizing the Class of 2022 National Baseball Hall of Fame inductee, was passionate, emotional and often funny discussing his decades-long affection for the powerful Brooklyn Dodgers first baseman.

“I was born in ’47 and Gil was already on the Brooklyn Dodgers. I guess by the time I was three I understood what baseball was. I was a fanatic. And Gil reminded me of my father, who died very young as well,” Lewis said. “My father could have been a ballplayer, but he had other things he had to do like provide for his family. But at any rate, he was a big strapping man, my father. A big, strong guy with huge hands. Actually, I think, Philadelphia wired him to go to Triple-A or Double-A, but he couldn’t do it.

“My father was not on the road like Gil would be as a Brooklyn Dodger, but he was a caterer and he was always out. It was 24/7 practically with parties. So I had that connection with my father and with Gil.”

Lewis, who turned 75 on June 29, has been a standup for more than five decades. Nicknamed “The Prince of Pain,” he’s known for his self-deprecating humor, as well as always wearing black onstage. While he’s appeared as an actor on television and movies numerous times over the years, he’s arguably best known to today’s audiences playing a fictional version of himself on HBO’s longtime hit "Curb Your Enthusiasm".

Born in Flatbush, Brooklyn, only two blocks from the Dodgers’ Ebbets Field, Lewis and his family moved to Englewood, N.J., when he was a baby.

“My father took me to Ebbets Field on several occasions. I was in love with the Dodgers back then,” he said. “And Hodges, until the day I’m out of here, will always be one of my idols. I still feel like that five-, six-year-old when I remember his batting stance.

“There used to be TV show from Ebbets Field called Happy Felton’s Knothole Gang. He would have kids on before the game and Gil would sometimes come on and I’d be so happy. They’d have a couple of Little League-aged kids and Gil would teach them how to play. I’m still upset that my family never took me to see Happy Felton. I went to Howdy Dowdy. Why couldn’t I see Happy Felton live?”

Hodges played 18 major league seasons – the first dozen with the Brooklyn Dodgers before the franchise moved to Los Angeles after the 1957 season – between 1943 and ’63. An eight-time All-Star and three-time Gold Glove Award winner, he played on seven pennant winners and two World Series champions, ending his career with 370 home runs – the third-most by a right-handed hitter at the time of his retirement.

After his playing career, Hodges would manage the Senators and Mets from 1963-71, famously skippering the Miracle Mets to a World Series title in 1969. He passed away at the age of 47 on April 2, 1972.

“As a four-year-old, Gil looked like Paul Bunyan. He would be in a Marvel comic now. Gil Hodges against all of them,” Lewis said. “There was a great first baseman for the Cincinnati Reds named Ted Kluszewski who cut off his sleeves. I used to say, ‘Yeah, you should see Gil’s muscles.’ I was like his agent."

Among Lewis’ memories is the time he missed maybe the most important game in Brooklyn Dodgers history – when “wait ‘til next year” finally arrived. 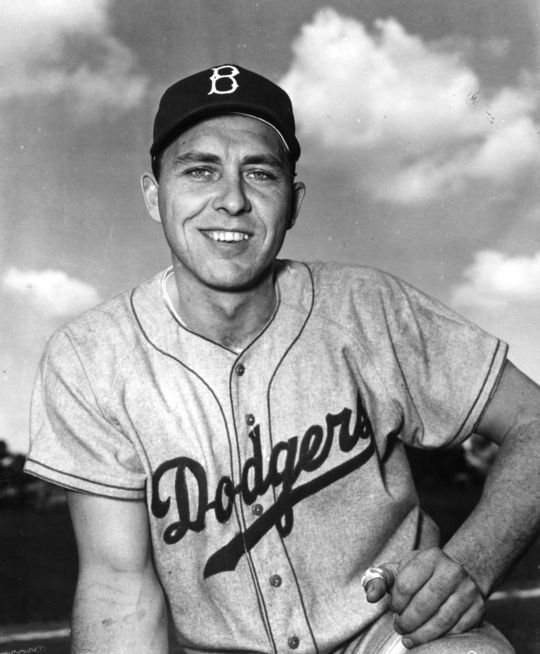 Gil Hodges played 18 major league seasons, and he was an eight-time All-Star and three-time Gold Glove Award winner. He played on seven pennant winners and two World Series champions and finished his career with 370 home runs. (National Baseball Hall of Fame and Museum)

“I was in third grade when the Dodgers won the seventh game of the World Series against the Yankees in 1955. And I just can’t believe that I didn’t insist – we were living in Florida for that one year – that I stay home that day,” he said. “That still bothers me after 40 years of psychotherapy. When my therapist would say, ‘Why do you have low self-esteem?’ the truth is I missed the seventh game of the ’55 World Series. I’ll never live it down.”

Growing up in New Jersey about 15 minutes from the George Washington Bridge, Lewis lived near where a number of Yankees rented homes during the season.

“I remember they would honk their horn, a lot of the Yankees, and I always had my Dodgers shirt on,” he said. “And Mickey Mantle would tease me. I mean, I was about maybe eight or nine, he was about, you know, 23 or something. And he was teasing me. I said, ‘I’m sorry, Mick.’ I was such a diehard Brooklyn Dodgers fan.

“That was when it was Duke Snider, Mickey Mantle and Willie Mays playing center field. It was a crazy, great time to be living in New York for baseball. My father was a diehard Giants fan. I went, ‘Yeah, you can have them.’ But I secretly thought Willie Mays was maybe the most exciting athlete I’d ever seen when I was a little boy. He just was.”

After the Dodgers left for Los Angeles, Lewis turned to the expansion Mets for some salvation. Ultimately, those early Mets teams had playing for them not only Hodges in 1962 and ’63, but also future Hall of Famers Duke Snider and Richie Ashburn.

“I remember when the Mets came and had the worst first season of anyone, 40-120. I used to go to the games to see Gil. I was just glad to see him,” Lewis said. “I used to get I got in trouble in my junior high school because I used to cut school and go to the Mets games. It’s like I’m reliving it now and I’m getting chills. I should have been in school but I had to go.

“They were so bad, the team at that point,” he joked, “that they weren’t even wearing a complete uniform. They wore slacks and a white shirt and tie so they could leave the game as soon as it was over.”

Lewis’ only encounter with Hodges came outside the Polo Grounds – the Mets' home in 1962 and ’63.

“I saw him waiting for maybe his wife to pick him up. I don’t know. I was in high school then. And I said, ‘Gil.’ It was like me yelling out a song if I’m going to a Bob Dylan concert with my wife. I would scream out a song for Bob to sing and my wife would say, ‘Everyone’s looking at you now.’ The same thing with Hodges. I went, ‘Gil.’ I think I was like a groupie.”

Ironically, one of the venues Lewis’s fledgling standup career began in the early 1970s was the Grand Slam Lounge inside Gil Hodges’s bowling alley.

“I used to do clubs everywhere starting out and there was a club in Sheepshead Bay called Pips, but on the way to Pips there was a bowling alley called Gil Hodges Lanes,” Lewis said. “My father had six sisters and most of them still lived in Brooklyn. My aunts came to the gig at the Gil Hodges’ Grand Slam Lounge, which, by the way, was not an easy gig. 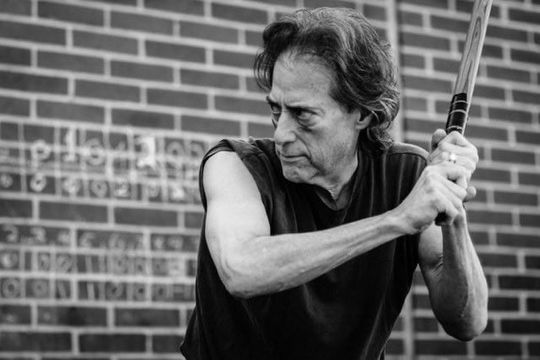 Comedian Richard Lewis was a fan of Gil Hodges from an early age. (Tom Rapier)

“It would seat about 40 people and then behind the mic is me, of course, and behind me is a thin wall, and behind that wall are about 40 lanes of bowling. Every time I would do a punchline you would hear pins crashing. It sounded like it was being bombarded. You couldn’t hear the punchline or the setup. I was so embarrassed.”

Hodges, along with Bud Fowler, Jim Kaat, Minnie Minoso, Tony Oliva and Buck O’Neil were elected to the Hall of Fame via the Era Committee process in December. They, along with David Ortiz, who was elected by the Baseball Writers’ Association of America in January, will be recognized during the Induction Ceremony held on Sunday, July 24.

“I jumped up and down when I heard Gil was elected. If this happened 30 years before I would have saved over $200,000 from psychoanalysis,” Lewis said.

“Baseball was my life back then when I was a little boy. It still is. I’m just really happy for Gil getting his due. He was a Hall of Famer through and through.” 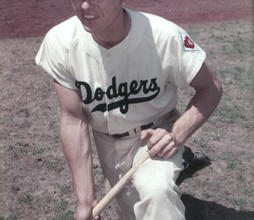 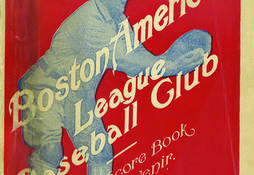 Babe Ruth first appeared in a big league game on July 11, 1914. A scorecard from that historic day at Fenway Park is a part of the Hall of Fame's collection. 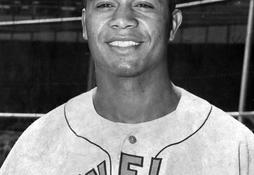 Doby was Second to None

Larry Doby integrated the American League en route to a stellar career that brought him to Cooperstown. 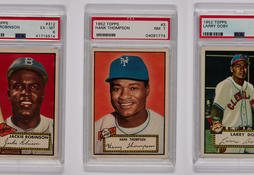 With the help of loans from the PWCC Vault, the Hall of Fame welcomes new cards to the <em>Shoebox Treasures</em> exhibit highlighting the 75th anniversary of the integration of the AL/NL. 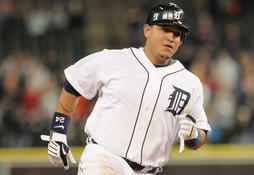