By any measurable standard, Leo Durocher’s first seven seasons as the Brooklyn Dodgers’ manager had coincided with the most successful era in team history to that point.

So it came as no surprise when Dodgers president Branch Rickey signed Durocher to another one-year contract on Jan. 2, 1946.

Little did either know – nor likely suspect – that this would be Durocher’s last full season as Brooklyn’s manager.

The 40-year-old Durocher had averaged better than 86 wins per season with the Dodgers from 1939-45.

He posted only one losing campaign while twice reaching 100 victories, finishing in the first division (fourth place or higher in the eight-team National League) six times and winning the 1941 NL pennant.

He seemed determined to return the Dodgers to the top of the NL standings in 1946.

“My No. 1 ambition is to win a pennant under Rickey,” Durocher told the Associated Press, which also reported that he received a salary increase from the $50,000 he reportedly earned the previous season.

The New York Daily News reported that Durocher’s contract made him the highest paid manager in the major leagues. 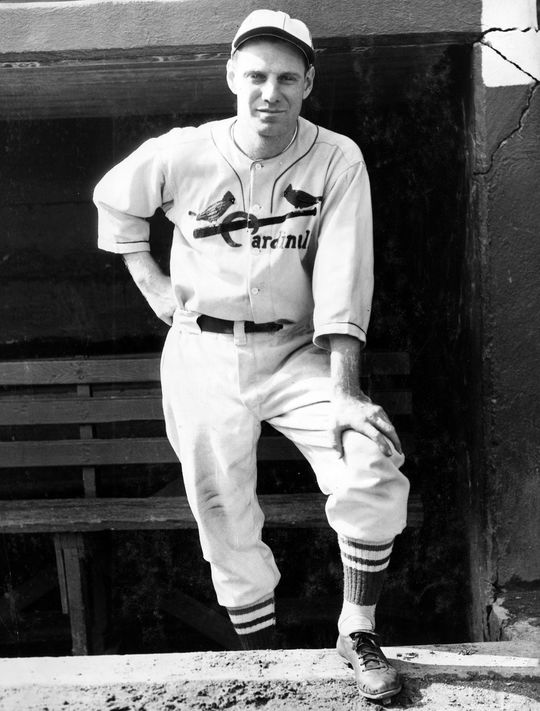 Leo Durocher played 17 seasons in the big leagues, including five as the Cardinals starting shortstop. Durocher was named to his first All-Star Game in 1936 as a member of the Cardinals. (National Baseball Hall of Fame and Museum)

Durocher was hired in 1939 as a player/manager for the Dodgers – and at 33 years of age took over a team that had endured six straight losing seasons under three future Hall of Famers: Max Carey, Casey Stengel and Burleigh Grimes.

Durocher, who hit .277 as Brooklyn’s primary shortstop in his first season as manager, led the Dodgers to 84 wins and a third-place finish – and finished eighth in the National League Most Valuable Player voting.

The next season, Durocher cut his playing time to 62 games while pushing the Dodgers to 88 wins.

Then in 1941, Durocher appeared in just 18 games while ceding the fulltime shortstop job to Pee Wee Reese. Brooklyn won 100 games and the pennant – and though the Dodgers lost the World Series to the Yankees in five games, Durocher had established himself as one of the game’s best managers. 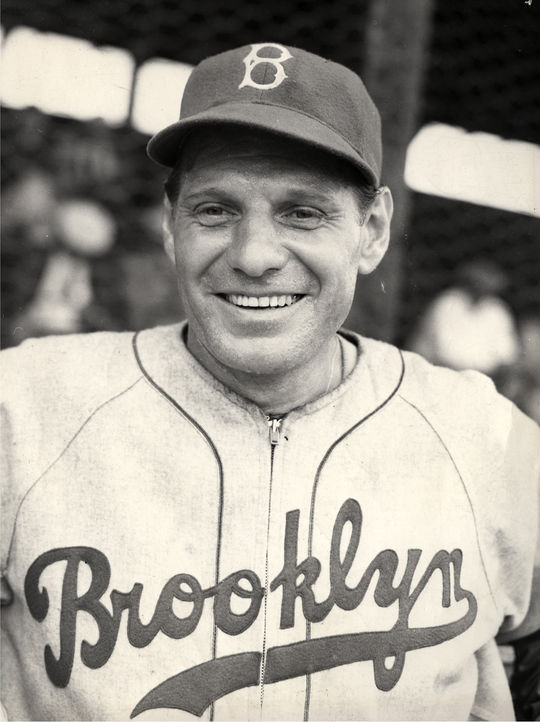 Leo Durocher became the Dodgers' player/manager in 1939 and would go on to manage four teams, including the Giants, Cubs and Astros, over 24 seasons. (National Baseball Hall of Fame and Museum)

In 1942, Brooklyn won 104 games but fell two games short of the pennant as the Cardinals began a streak of three straight World Series appearances. World War II decimated the Dodgers’ roster during the next few years, but Durocher cajoled 87 wins out of the very old and very young players he had left in 1945 – including five victories from 19-year-old Ralph Branca.

“He did a great job with the material we had last year,” Rickey told the Daily News when it was announced that Durocher would return for the 1946 season.

In 1946, the Dodgers and Cardinals ended the season with identical 96-58 records, necessitating the first tiebreaker playoff in the game’s history. St. Louis won the best-of-3 affair in only two games, bringing an end to a season where Durocher reportedly uttered his most famous quote: “Nice guys finish last.” 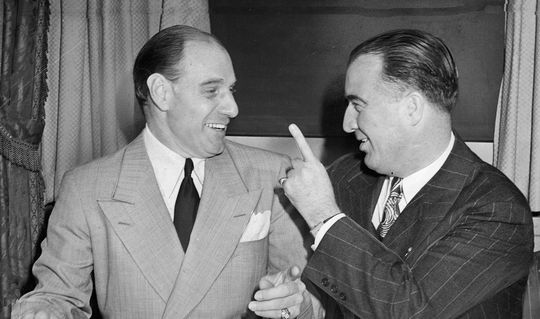 Dodgers manager Leo Durocher, left, was suspended by Commissioner Happy Chandler, right, on the eve of the 1947 season. Durocher returned to the Dodgers in 1948, but became the manager of the crosstown Giants before the end of that season.

But despite falling short in 1946, Durocher’s Dodgers seemed primed to be a powerhouse for years to come – especially after Rickey added Jackie Robinson to the roster in 1947.

However, just days before the 1947 season was to start, Durocher was suspended for the season by MLB Commissioner Happy Chandler for associating with gamblers. Before the suspension, however, Durocher helped Robinson’s path to the majors by telling several Dodgers who had protested the historic signing that Robinson would play if he earned the job – just like any other player. 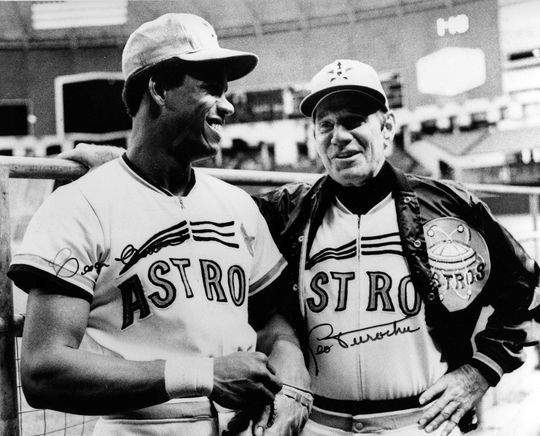 Burt Shotton took the 1947 team all the way to the World Series.

Durocher returned as Dodgers manager in 1948, but was dismissed with the team at 35-37 when Rickey and Giants owner Horace Stoneham arranged for Durocher to move across town to the Dodgers’ heated rival. Shotton then returned and managed the Dodgers through the 1950 season.

Durocher would go on to lead the Giants to NL pennants in 1951 and 1954. He dabbled in television after the Giants dismissed him following the 1955 season, then returned as a Dodgers coach in the early 1960s before managing the Cubs and the Astros in the 1960s and 70s.

Durocher was elected to the Hall of Fame in 1994. 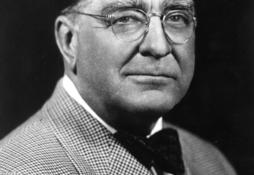