He never played a game for the Los Angeles Dodgers, but Roy Campanella was the face of the big leagues for California fans.

On May 7, 1959, Roy Campanella Night drew a record crowd of 93,103 fans to the Los Angeles Coliseum to pay tribute to a Dodgers hero.

An eight-time All-Star with the Brooklyn Dodgers over 10 years from 1948-57, Campanella was only 36 when a car crash on Jan. 28, 1958 – days before he was scheduled to leave for Spring Training – left him paralyzed from the shoulders down. The Dodgers had moved from Brooklyn to Los Angeles the previous fall, setting the stage for what Campanella hoped would be a career revival on the West Coast.

Instead, Campanella spent most of 1958 in and out of rehabilitation clinics, regaining some use of his hands over time. Proceeds from Roy Campanella Night helped defray the costs of treatment. 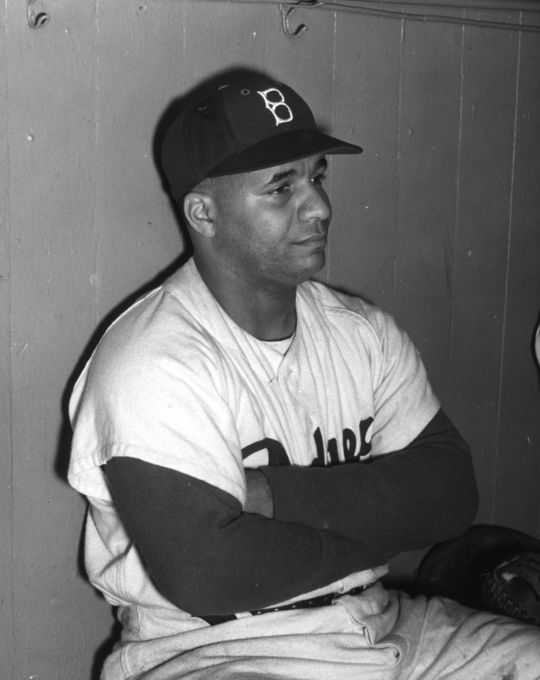 Roy Campanella starred in the Negro Leagues before joining the Dodgers' organization in 1946. By 1950, Campanella had established himself as one of the best catchers in baseball. (National Baseball Hall of Fame and Museum)

The game that day featured an exhibition matchup between the Dodgers and the Yankees, a contest New York won 6-2.

For the record crowd – the largest documented gathering for a baseball game to that point in time – it was a reminder of the great Dodgers vs. Yankees battles of the 1940s and 1950s that featured Campanella behind the plate.

Born Nov. 19, 1921 in Philadelphia, Campanella was born to an African-American mother and an Italian father.

A gifted athlete, Campanella was playing pro baseball by age 15 and was quickly signed by the Negro National League’s Baltimore Elite Giants.

After starring in the Negro Leagues throughout the 1940s, Campanella signed with the Brooklyn Dodgers prior to the 1946 season. He spent 1946 and 1947 in the minors before debuting in the big leagues in 1948. 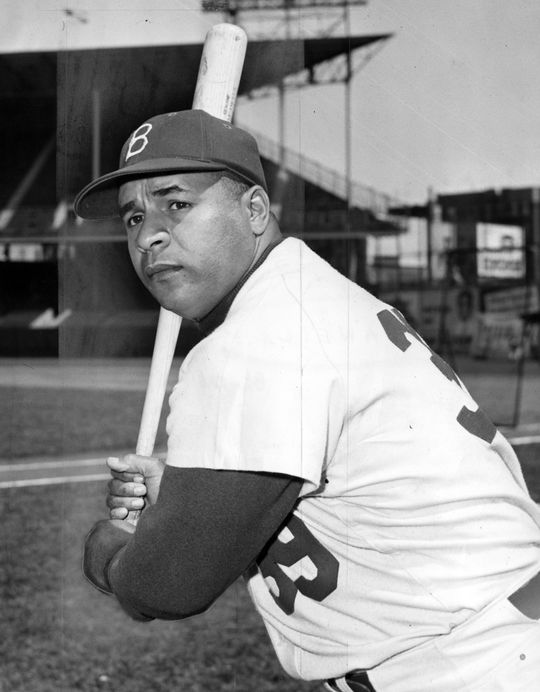 A car crash following the 1957 season left Roy Campanella unable to walk. But he remained active with the Dodgers as a community ambassador until his passing in 1993. (National Baseball Hall of Fame and Museum)

Campanella appeared in just 83 games in ’48 while going back and forth between the minors, but still finished 21st in the National League MVP balloting. The next season, Campanella hit 22 homers and drove in 82 runs, earning his first All-Star berth and leading the Dodgers to the pennant. 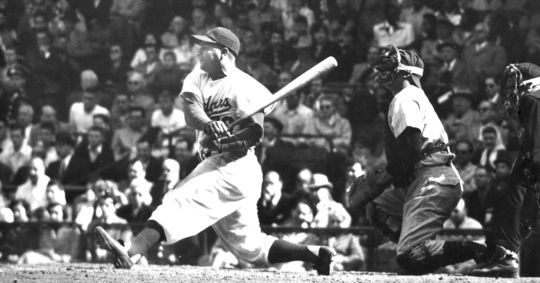 He hit two home runs and drove in four runs to lead the Dodgers to the World Series title in 1955.

The record crowd of 93,103 on Roy Campanella Night on May 7, 1959 stood as baseball’s documented attendance record for decades, even withstanding the Dodgers’ 1959 World Series berth – where Games 3, 4 and 5 of that Fall Classic drew more than 92,000 fans per game but never reached the May 7 level.

On March 29, 2008, another exhibition game at the Los Angeles Coliseum – this one between the defending World Series champion Red Sox and the Dodgers – drew an announced crowd of 115,300, the first documented baseball game to top the 100,000 mark in attendance.

Campanella was elected to the Hall of Fame in 1969, entering the Hall with Stan Coveleski, Waite Hoyt and Stan Musial. He spent more than a decade working in the Dodgers’ community relations department. 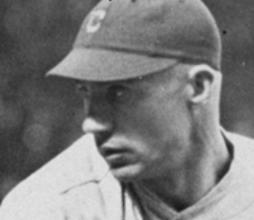