He was The Mechanical Man, a player whose remarkable consistency was equaled only by his self-effacing demeanor.

But Charlie Gehringer’s numbers still speak loudly – decades after he was elected to the Baseball Hall of Fame.

On May 5, 1949, Gehringer was elected to the Hall of Fame by the Baseball Writers Association of America in a run-off election.

The regular BBWAA vote that year resulted in a first-place finish for Gehringer, who received 102 out of 153 votes for 66.7 percent.

But that was still short of the 75 percent necessary for Hall of Fame election.

So the BBWAA called for a winner-take-all run-off election, where Gehringer again finished first – this time garnering 159 of 187 votes for a total of 85 percent. 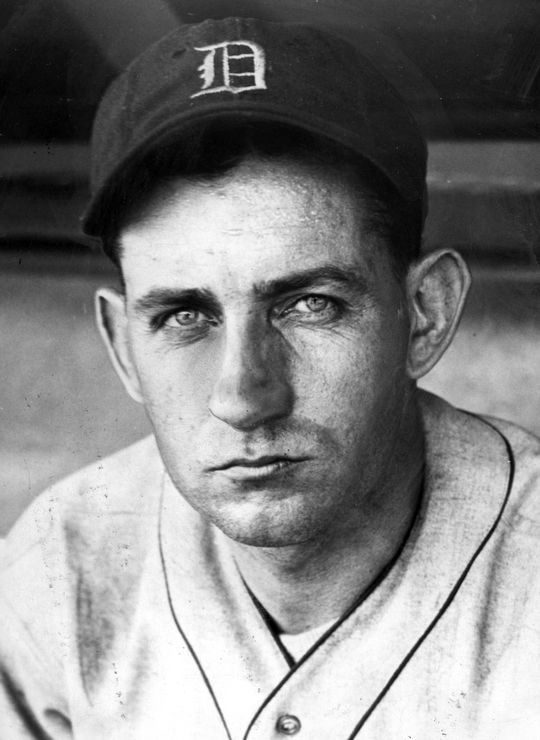 A .320 lifetime hitter, Charlie Gehringer earned the nickname "The Mechanical Man" for his consistent play at second base. (National Baseball Hall of Fame and Museum)

Gehringer played his entire 19-year big league career with the Detroit Tigers, breaking into the majors at age 21 in 1924 and retiring after the 1942 season. Of his 2,221 games in the field, only 15 came at a position other than second base.

“I tell you, I used to cuss him – I couldn’t hit a ball past him,” said Hall of Fame shortstop Joe Sewell. “I’m left handed and I just couldn’t get one through there on the ground. He’d just coast around that infield, just like somebody skating.”

At the plate, Gehringer was even better. He batted better than .300 in 13 full seasons, had more than 200 hits seven times, drove in more than 100 runs seven times and won the 1937 American League batting title with an average of .371. He was also the league’s MVP that season – a year when runner-up Joe DiMaggio had 46 home runs, 167 RBI and scored 151 runs. 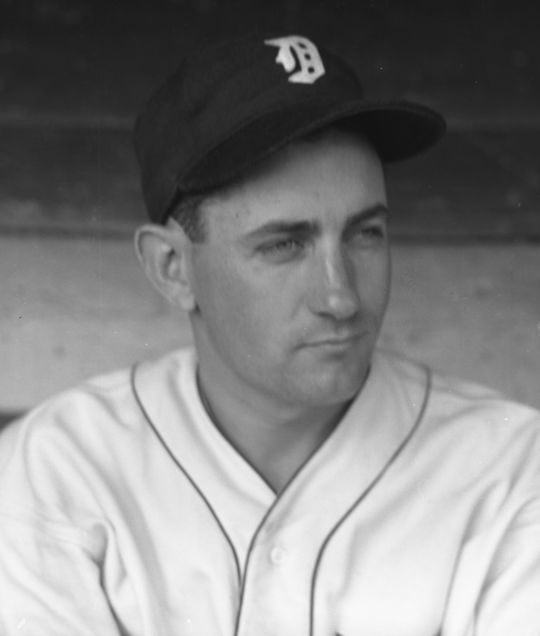 Charlie Gehringer was elected to the Hall of Fame in 1949 following a 19-year career spent entirely with the Detroit Tigers. (Forrest Yantis/National Baseball Hall of Fame and Museum)

“I always thought that Charlie was one of the great hitters of my time,” said Hall of Fame catcher Rick Ferrell. “He didn’t have the tremendous power of Jimmie Foxx, Ruth or Gehrig or those guys, but he was tough to strike out and he hit more line drives and met the ball more solidly than any hitter.”

His 60 doubles in 1936 mark one of only six times in baseball history a batter has cracked the 60-double barrier in one season. 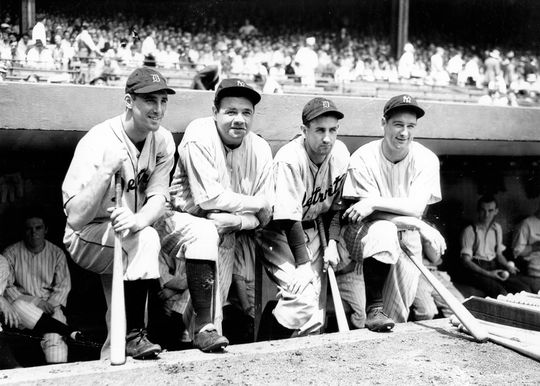 Charlie Gehringer, shown with (from left) Tigers teammate Hank Greenberg and Babe Ruth and Lou Gehrig of the Yankees, was a six-time All-Star who finished in the Top 10 of the AL MVP voting eight times. (National Baseball Hall of Fame and Museum)

“You wind him up in the spring, turn him loose, he hits .330 or .340, and you shut him off at the end of the season,” said Hall of Fame pitcher Lefty Gomez, whose Yankees battled Gehringer’s Tigers for the AL pennant almost yearly during the 1930s.

In all, Gehringer played for three pennant winners and helped the Tigers capture the 1935 World Series title. 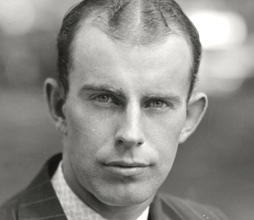