He was a relief workhorse, often pitching several innings at a time while terrorizing hitters with his split-finger fastball. So it was no surprise to see him on the mound at the biggest moment of the season.

Bruce Sutter had already appeared in three games for the St. Louis Cardinals in the 1982 World Series when he toed the rubber against the Milwaukee Brewers in Game 7 on Oct. 20. With the Cardinals nursing a 4-3 lead in the top of the eighth inning, Sutter came on in relief of starter Joaquin Andujar.

He went to work against the heart of the Brewers lineup. After getting Paul Molitor to ground out to shortstop, he struck out Robin Yount before inducing an inning-ending grounder from Cecil Cooper.

It was not the first time Sutter had stymied Yount, who set a World Series record by recording two four-hit games during that year’s Fall Classic. Sutter killed a Brewers rally in Game 2 by getting Yount to swing and miss on a failed ninth-inning hit-and-run, resulting in Molitor being thrown out at second base. 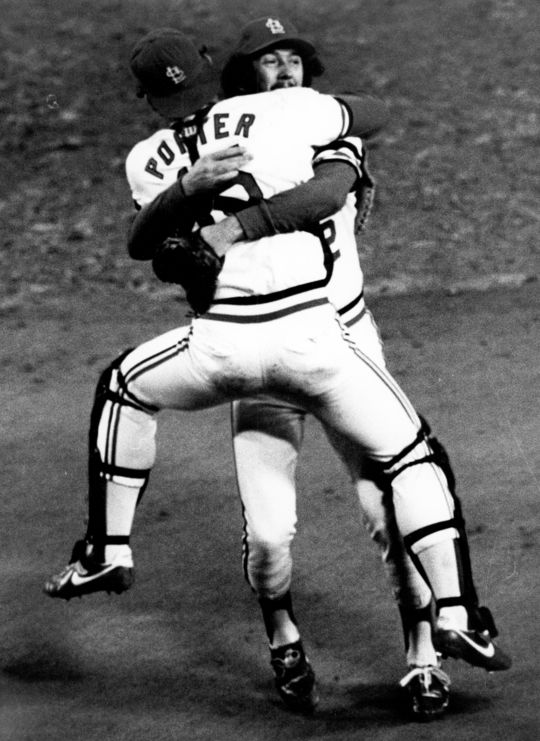 St. Louis Cardinals catcher Darrell Porter jumps into the arms of pitcher Bruce Sutter after Sutter recorded the final out of Game 7 of the 1982 World Series. (National Baseball Hall of Fame and Museum)

After St. Louis tacked on two runs in their half of the eighth, Sutter clinched the championship by setting down Milwaukee in order once again. After striking out Gorman Thomas to end the game, Sutter was hugged by catcher Darrell Porter as the Cardinals celebrated their first World Series title since 1967.

Sutter’s save in Game 7 was his second of the series. He also recorded a save in Game 3 and was the winning pitcher in Game 2. He pitched two innings or more in all three games.

"I don't think people grasp how impressive it was for him to go two or three innings for a save,” said Tommy Herr, Sutter’s teammate from 1981 to 1984. “When you have to get six, seven or eight outs, so many things can go wrong for a closer."

In four appearances during the series, Sutter totaled 7 2/3 innings while surrendering four runs – two on a home run by Cooper with the Cardinals up 5-0 in Game 3 – on six hits. 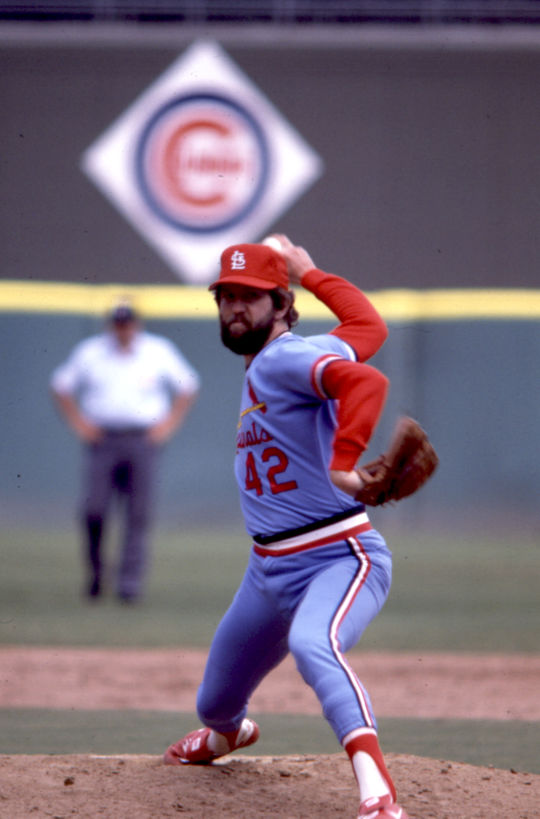 Bruce Sutter led the National League in saves five times during his 12-year big league career. From 1978 through 1981, Sutter won or saved the All-Star Game every season. He was elected to the Hall of Fame in 2006. (National Baseball Hall of Fame and Museum)

Sutter broke into the major leagues with the Chicago Cubs, where he won the National League Cy Young Award in 1979. He spent his first five seasons in the Windy City before coming to St. Louis via trade after the 1980 season.

The right-hander saved 300 games in his 12-year career, which was good for third all-time at the time of his retirement. He led the National League in saves five times and was named to six All-Star teams. 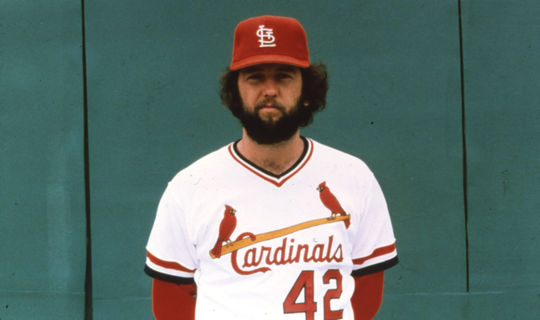 Bruce Sutter pitched for the Cardinals from 1981-84 and led St. Louis to the 1982 World Series title. (National Baseball Hall of Fame and Museum)

Sutter was elected to the National Baseball Hall of Fame in 2006.