Part of the SHORT STOPS series
Written by: Lenny DiFranza

In the 1926 World Series, veteran St. Louis Cardinals pitcher Grover Cleveland Alexander came out of the bullpen to strike out Yankees slugger Tony Lazzeri in the seventh inning of Game 7 with the bases loaded and two out, preserving a 3-2 lead. When he closed out the Cardinals’ World Championship, the strikeout became the signature moment of his career. Alexander’s October success, which also included two complete-game victories over New York, was a great surprise. The Cubs placed the slow-throwing right-hander on waivers earlier in the year, but Alexander’s longtime friend and catcher, Cardinals coach Bill Killefer, lobbied to sign “Old Pete.”

Baseball writers hailed Alexander’s exploits, remembering earlier terms for him in his heyday: “Alec” or “Alex,” “Alexander the Great,” and many variations. But at this point writers usually called him by another nickname, “Old Pete.” That name is a crucial part of the picture they painted of the drama: The crafty, aging veteran coming in to face the youthful star. It’s so much a part of the pitcher’s lore that historians sometimes refer to him simply as “Pete Alexander,” though they rarely explain the source of the name “Pete.” 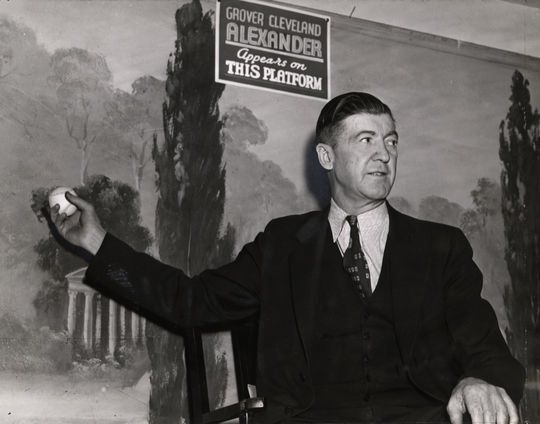 By 1938, Alexander was out of the game, but drew attention with his election to the Baseball Hall of Fame. Reporter Pat Gannon sought out Alexander and found that he preferred the name “Old Pete” and learned how he got the name.

Many popular old-west themed books, movies, and newspaper cartoons over the years have included a scruffy, worn out cowboy, caked with white dust from the alkali flats found in the western states. Many of the characters had similar names such as Alkali Pete or Lariat Pete. Another character, Alkali Ike, paired with Mustang Pete in a popular series of silent films in the 1910s. Those familiar with Ring Lardner’s series of baseball stories featuring Alibi Ike, begun in 1915, would note the similarity in names.

Before World War I, Alexander with the Phillies was arguably the best pitcher in the game. A master of control, from 1914 to 1917 he averaged 30 wins with a 1.74 ERA and 206 strikeouts a season. "He made me want to throw my bat away,” said Cubs star Johnny Evers. “He could throw into a tin can all day long.”

Alex and his regular catcher, Bill Killefer, went on a hunting trip together and after a day on the trail, the catcher looked at his dirt-encrusted friend and hung the name “Alkali Pete” on him. Though hardly appropriate for a successful young athlete, the nickname stuck to the former Nebraska farm boy. Just before Alexander entered the Army in 1918 during World War I, Alexander’s teammates presented him with a wristwatch with that nickname engraved. As more players and reporters began to use the nickname, it morphed into “Old Pete.” 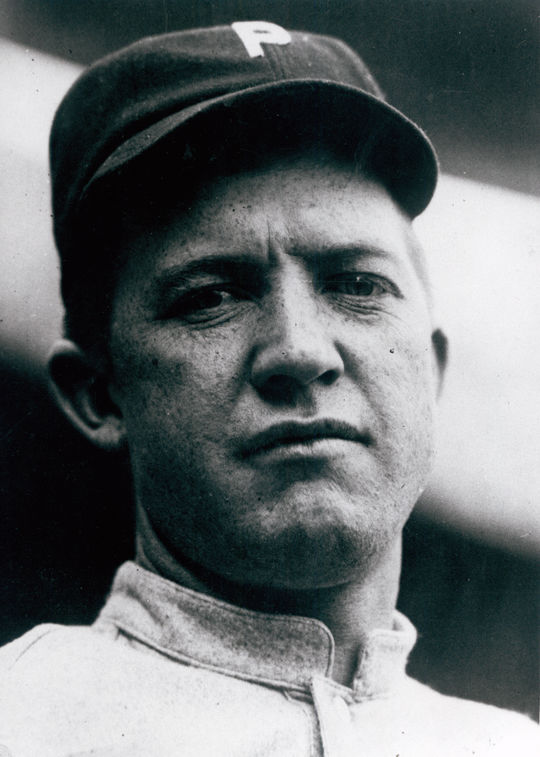 The harrowing battle duty of the war in Europe left Alexander with what is now called post-traumatic stress disorder. He left the front deaf in one ear, scarred by shrapnel in the other, and his pitching arm was wounded by repeatedly firing heavy artillery. Most importantly, he developed an increasing frequency of epileptic seizures and a growing dependence on alcohol. Despite his problems, after a brief period of recovery, Alexander returned to the game.

Alexander seemed to regain his form in 1920, authoring a 27-14 record, but he was no longer the dominant pitcher he had been. Damaged, aging, surviving on experience and will, Alexander now fit the name “Old Pete” perfectly.

His success in 1926 kept Alexander in the game, and in 1927 at the age of 40, “Old Pete” responded with a fine season. He pitched well again in 1928, but by 1930 his 20-year major league career was over. He amassed 373 wins, thought at the time to be one more than the great Christy Mathewson and the National League record. Alexander was quite proud of that accomplishment, but in the 1940s, a researcher discovered an additional Mathewson win, robbing Alexander of the singular honor.

"I doubt that I felt sorrier for any man who ever worked for me than I did for Alexander." - Baseball executive Branch Rickey

“Old Pete” found life after his big league career difficult. He traded on his fame, at first in semi-pro ball, later in a series of odd jobs. He took election to the Hall of Fame in 1938 as an honor, but it was not a ticket out of poverty. "The Hall of Fame is fine,” Alexander said, “but it doesn’t mean bread and butter." When he couldn’t get a job, Alexander sometimes hocked the championship ring he earned in 1926.

But often, he could make a little money by repeating the story of how “Old Pete” struck out Tony Lazzeri in the World Series. 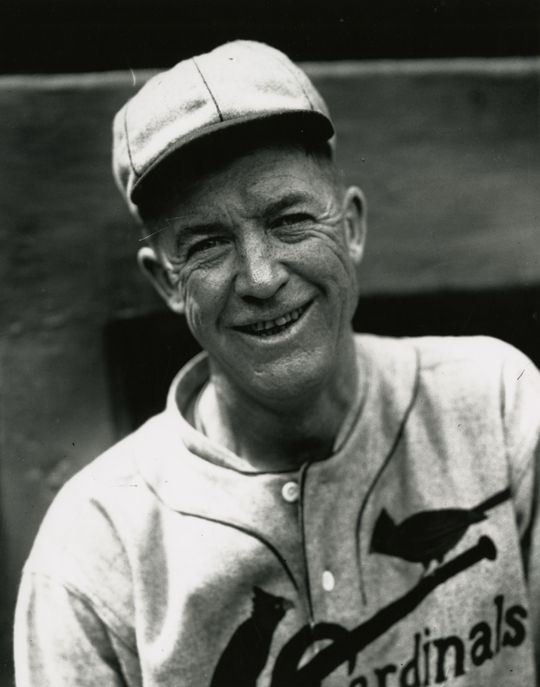