And though Jenkins was never known as a flame-throwing intimidator, his ability to pitch in the strike zone made him just the seventh pitcher in history to reach the 3,000 K mark.

On May 25, 1982, the 39-year-old Jenkins made his 10th start of the season on a perfect spring night in San Diego. Already a Cubs legend, Jenkins had returned to Chicago that season as a free agent after spending the previous eight years with the Rangers and Red Sox.

From 1966-73 with the Cubs, Jenkins posted six 20-win seasons, won the 1971 National League Cy Young Award and established himself as one of the most successful pitchers in the game.

Now – entering his matchup with the Padres – Jenkins sat just one strikeout shy of history. And with one out in the third inning, Jenkins fanned Garry Templeton on three pitches to join Walter Johnson, Bob Gibson, Gaylord Perry, Nolan Ryan, Tom Seaver and Steve Carlton in the most exclusive club in pitching.

“They always put an accomplishment like that with an overpowering pitcher, which I’m not,” Jenkins told the Associated Press after he was tagged with a hard-luck, 2-1 loss against the Padres. “It means durability.

Jenkins' first strikeout came against his first big league batter on Sept. 10, 1965, when he debuted with the Phillies. Jenkins fanned the Cardinals’ Dick Groat in relief of Jim Bunning to snuff out a St. Louis rally, then picked up the win when the Phillies rallied for a 5-4 win in 12 innings. 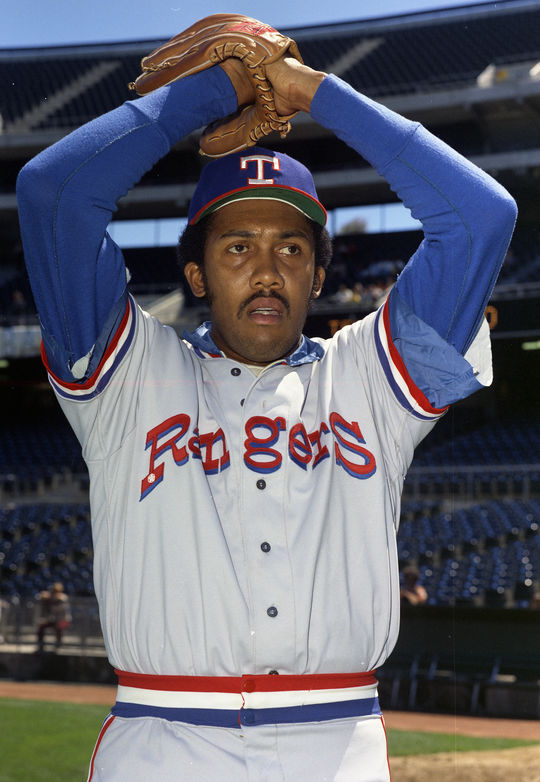 Before returning to the Cubs as a free agent in 1982, Fergie Jenkins spent eight years pitching for the Texas Rangers and Boston Red Sox. (Doug McWilliams/National Baseball Hall of Fame and Museum)

On April 21, 1966, the Phillies traded Jenkins to the Cubs in a deal that brought veteran pitchers Bob Buhl and Larry Jackson to Philadelphia. It was a trade that would benefit the Cubs for years.

“Somebody asked him what he wanted to do in his career,” said Billy Williams, the Cubs hitting coach in 1982 and a longtime teammate of Jenkins in the 1960s and 70s. “He said: ‘Be consistent.’

“That’s just what he’s done. He had to depend on control over the years. Never gave in to a hitter. I can’t see any difference in him between now and then.”

Jenkins worked seven innings that night at Jack Murphy Stadium, allowing five hits and one walk while striking out four. It was a typical start for Jenkins, who led his league in strikeout-to-walk ratio five times. 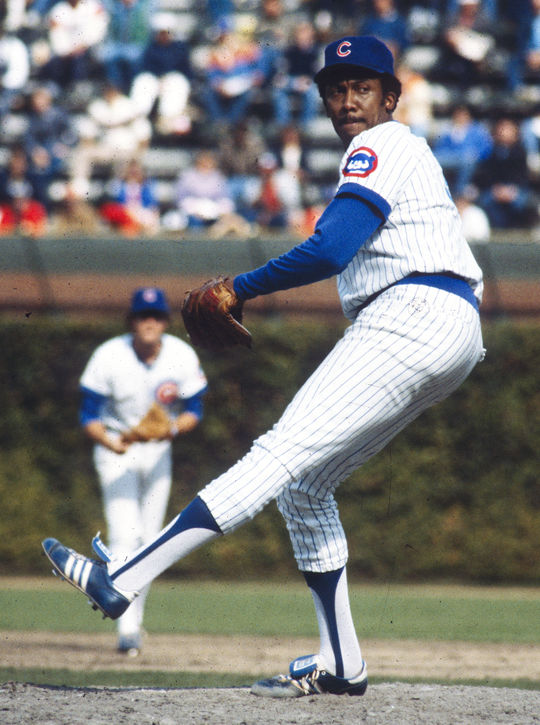 He retired as the first pitcher in history with at least 3,000 strikeouts and fewer than 1,000 walks.

He was elected to the Hall of Fame in 1991, becoming the first Canadian to be enshrined.

“Everyone has a love for something,” Jenkins told the AP. “I happen to love pitching.” 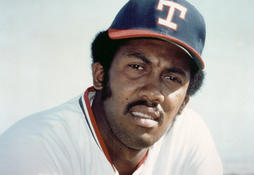 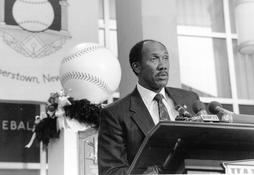