Bill Mazeroski hit two of Pittsburgh’s three home runs as the Pirates tied the Kansas City Athletics 5-5 in a game that was called early because of rain in the sixth inning on July 20, 1959.

The first five innings of the game saw Pittsburgh build a 5-2 lead on the backs of Mazeroski and Bill Virdon, who combined for three home runs in the course of the first five frames.

In the bottom of the sixth, Kansas City left fielder Preston Ward walked, then scored when catcher Harry Chiti hit a two-run home run over the right field fence.

Pirates’ starter Ron Blackburn responded by walking the next three Athletics to load the bases for Jim Snyder, who also drew a walk, forcing in the tying run.

The game was then called on account of heavy rain.

Blackburn went the distance for the Pirates, allowing five runs on five hits and walking seven. He also had four strikeouts.

Mazeroski and Bob Skinner had three hits apiece as the Pirates outhit the Athletics 9-5. 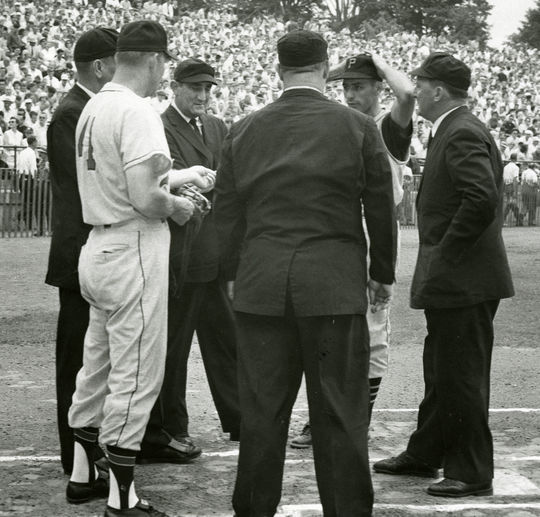 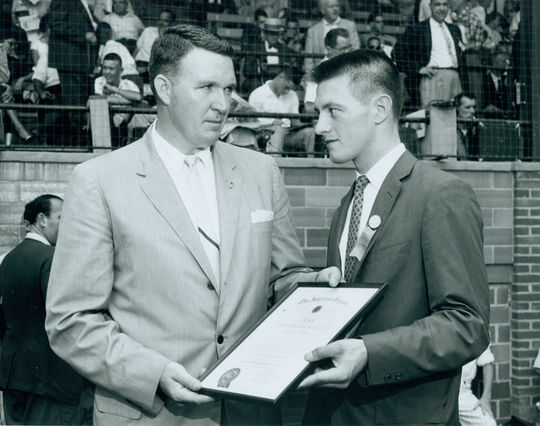 The American Legion Player of the Year for 1958 being recognized at the 1959 Hall of Fame Game. (National Baseball Hall of Fame Library) 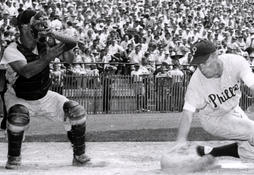 In one of the quickest Hall of Fame Games on record, the Washington Senators topped the Philadelphia Phillies 5-4 in less than two hours. 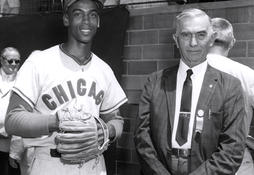 The Chicago Cubs recorded the first-ever shutout in Hall of Fame Game history, topping the Cleveland Indians 5-0 on June 27, 1960.