The Detroit Tigers scored four runs in the first inning and never looked back, defeating the Pittsburgh Pirates 10-1 in the 26th Hall of Fame Game on July 22, 1968, at Doubleday Field.

Detroit left fielder Gates Brown doubled in Al Kaline to put the Tigers on the board in the bottom of the first inning. After Pirates’ starter Jim Bunning hit Norm Cash, third baseman Don Wert homered over the center field fence, scoring Brown and Cash and giving Detroit an early 4-0 lead.

The Tigers added two insurance runs in the third inning when Kaline singled and Cash doubled. A single by catcher Jim Price scored both runners.

In the fourth inning, Detroit made the score 8-0 after Ray Oyler hit a solo shot and Brown singled in Mickey Stanley.

Meanwhile, Detroit starter Dennis Ribant pitched five innings of seven-hit baseball. The Pirates’ only run, scored in the top half of the fifth inning, was unearned.

Stanley hit a solo home run to account for the Tigers’ ninth run of the day in the bottom of the sixth inning. In the seventh, Price doubled, advanced to third on a John Hiller ground out, then scored when Gary Kolb committed an error on Dick Tracewski’s ground ball.

Two Detroit pitchers, Hiller and John Wyatt, combined for four innings of no-hit baseball in relief of Ribant, who picked up the win. 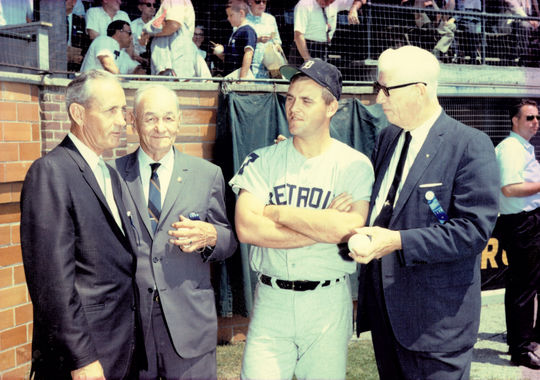 Denny McLain of the Detroit Tigers chats with Hall of Fame members (from left) Charlie Gehringer, Zack Wheat and Lefty Grove at the Hall of Fame Game at Doubleday Field on July 22, 1968. (National Baseball Hall of Fame and Museum) 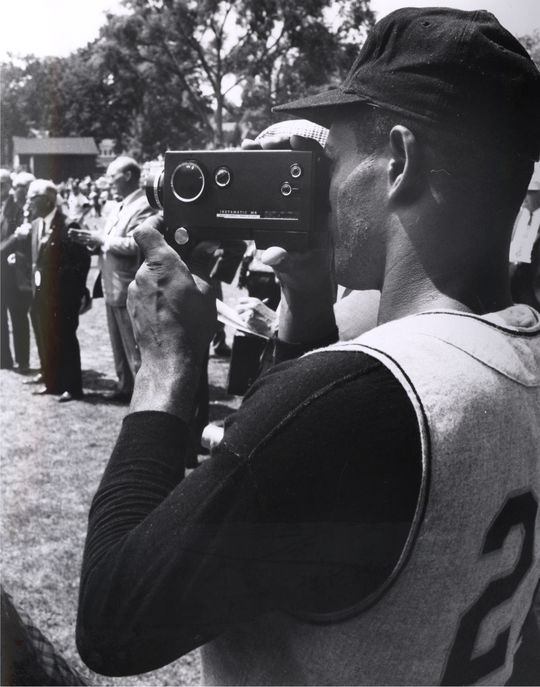 Roberto Clemente of the Pirates capturing the action at the Hall of Fame Game on July 22, 1968. (National Baseball Hall of Fame and Museum) 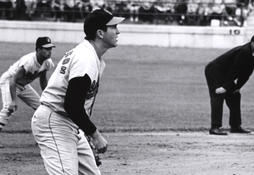 The Baltimore Orioles defeated the Cincinnati Reds 3-0 in the 1967 Hall of Fame Game. 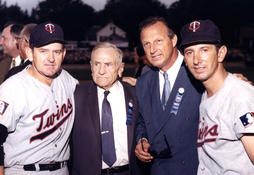 The Minnesota Twins and Houston Astros played in a rain-shortened Hall of Fame Game on July 28, 1969.