Plagued by leg and knee pain for the majority of his career, the 37-year-old Yankee icon wasn’t getting any younger in the spring of 1969. But the option of calling it quits plagued him just as much as his injuries had, going as far to occupy his subconscious mind years after he had announced his retirement.

“I used to have that reoccurring dream, I was trying to get back into the ballpark,” Mantle told Bob Costas in a March 1994 interview. “I could hear (manager) Casey (Stengel) and the team out there playing. All the gates were locked and I had to try and sneak through a hole in the fence to get into the ballpark. And then if I did get in, I’d hit a ball that should’ve been a hit but I couldn’t run and the outfielder would throw me out.”

After an 18-year career that propelled him into the same star orbit as Babe Ruth and Lou Gehrig, it is understandable that Mantle wasn’t eager to quit. His father had him switch-hitting at age four; baseball was embedded in the fiber of his being, from day one.

But after his last two seasons in 1967 and 1968, in which he saw a significant dip in batting average, runs scored, home runs and slugging percentage, a slugger who had once seemed larger than life was starting to seem more human. 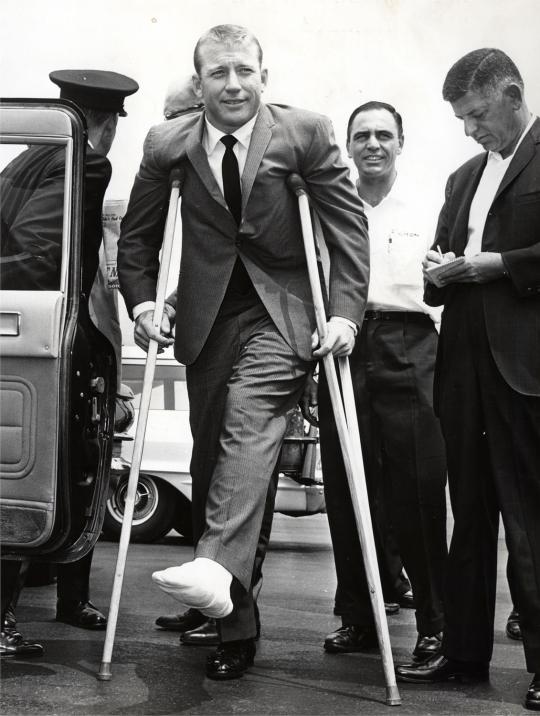 Mickey Mantle, pictured above, was plagued by leg injuries throughout his career. (National Baseball Hall of Fame)

His decision came right under the wire, as he announced his retirement just when the Yankees’ Spring Training camp was getting underway. Mantle said that he hadn’t made up his mind yet when he’d arrived to Fort Lauderdale, Fla., but that speaking with Yankees president Mike Burke and manager Ralph Houk changed his perspective.

“I will never want to embarrass myself on the field or hurt the club in any way or give the fans anything less than they are entitled to expect from me,” Mantle said. “Anyhow, there are a lot of young fellows coming into their own. It’s a young ball club with a lot of promise and I wish I were 20 years old again and part of them.” 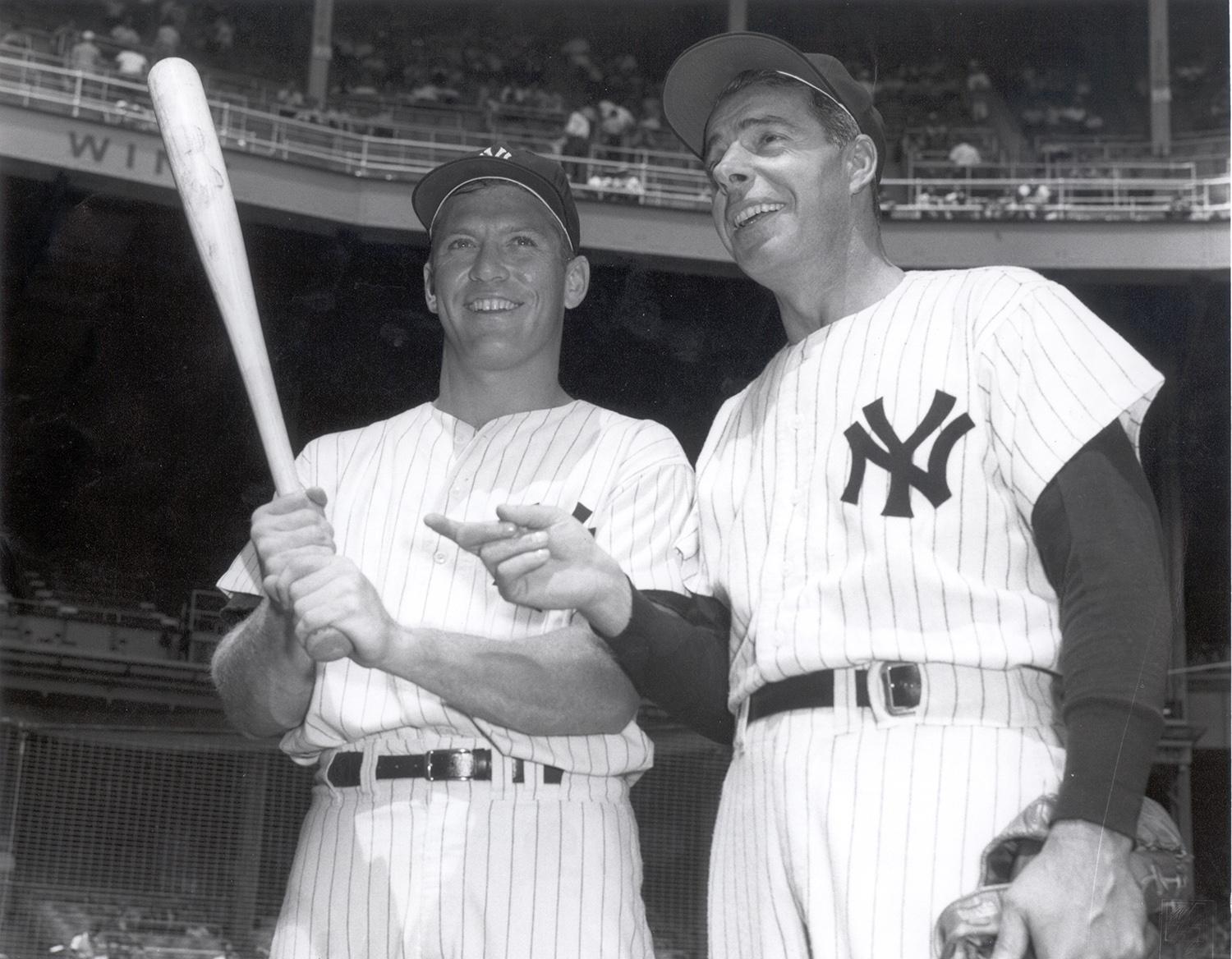 Breezing through the minor leagues in two years, Mantle was in pinstripes from the beginning to the end. He won three AL MVP awards – one of them during a 1962 season in which he’d missed nearly 40 games due to injury. A 16-time All-Star, he won the AL Triple Crown in 1956 and ranked third in career home runs by the time of his retirement with 536. On top of all that, he set World Series records for home runs (18), runs (42), RBI (40), total bases (125) and bases on balls (43).

But the farewell to Mickey Mantle in a Yankee uniform wasn’t simply the sad conclusion to a storied-but-complicated career. It was the end of an era. 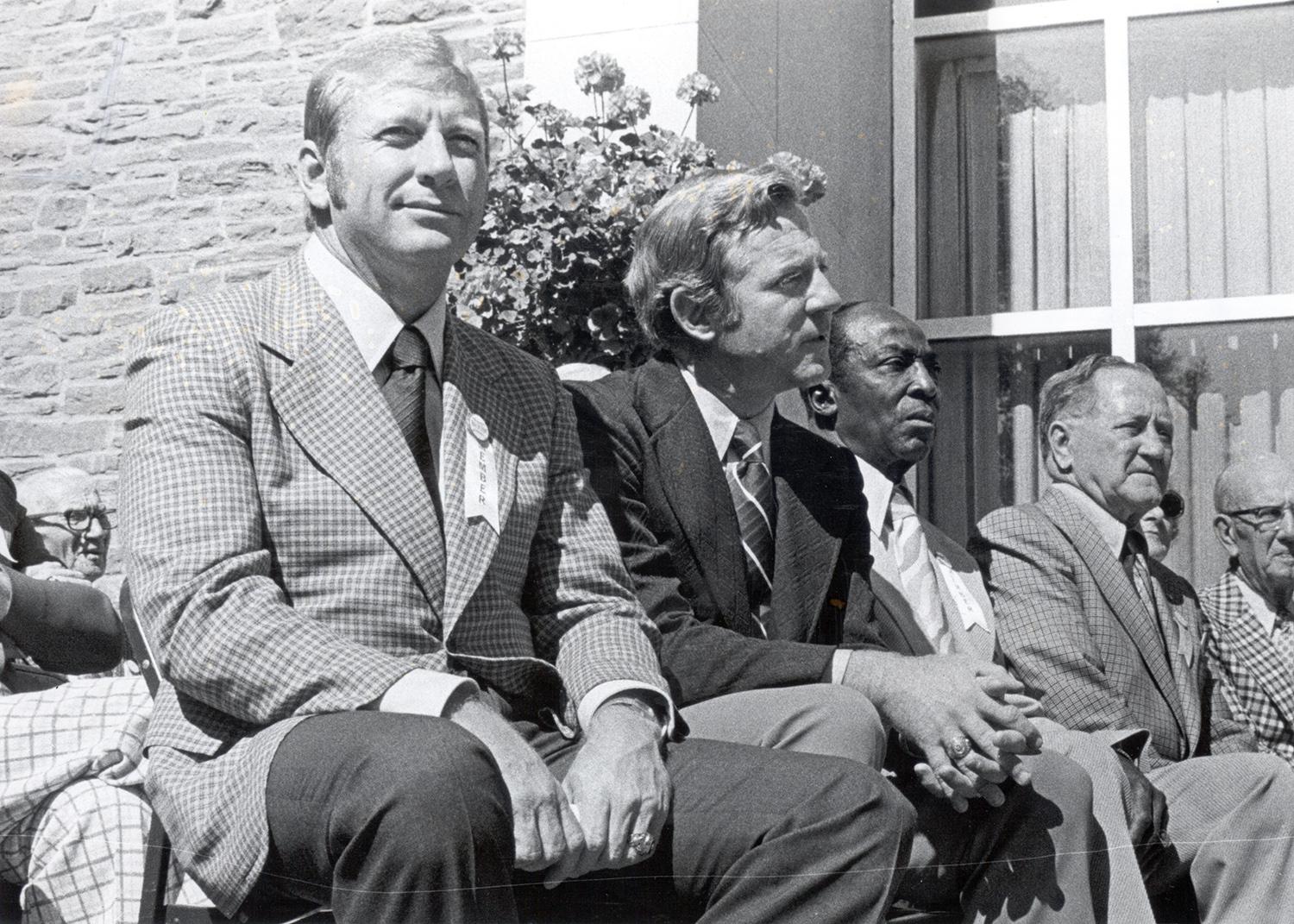 “For the first time in nearly 50 years there is no Yankee superstar,” Robert Markus of the Chicago Tribune wrote in his column. “It all started with Babe Ruth and then the Babe was joined by Lou Gehrig, While Lou was still there along came Joe DiMaggio. In Joe’s final year in the majors Mickey Mantle came along and so the chain was unbroken. Until Saturday when Mantle hung ‘em up.”

Five years later, the Yankee superstar would be forever immortalized with his induction into the Hall of Fame in 1974. And standing on that podium in 1969, Mantle might’ve felt that he could have endured another season or two. But one thing was for certain: he had already earned the respect of the baseball world, who had come to grow protective of their beloved golden boy. 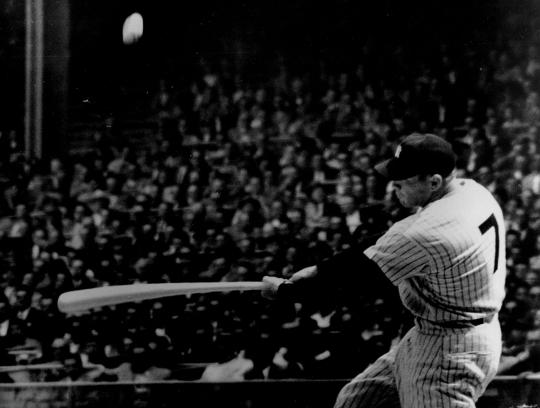 Mickey Mantle played on the New York Yankees for the entirety of his 18-year long major league career. (National Baseball Hall of Fame)

“I see him swing sometimes and even from the outfield you can see the legs buckle and the way he winces in pain,” Carl Yastrzemski said to the New York Daily News. “I wince, too. Because it’s like seeing your kid in pain and you can feel the pain yourself. That’s the way all ballplayers feel about Mantle.” 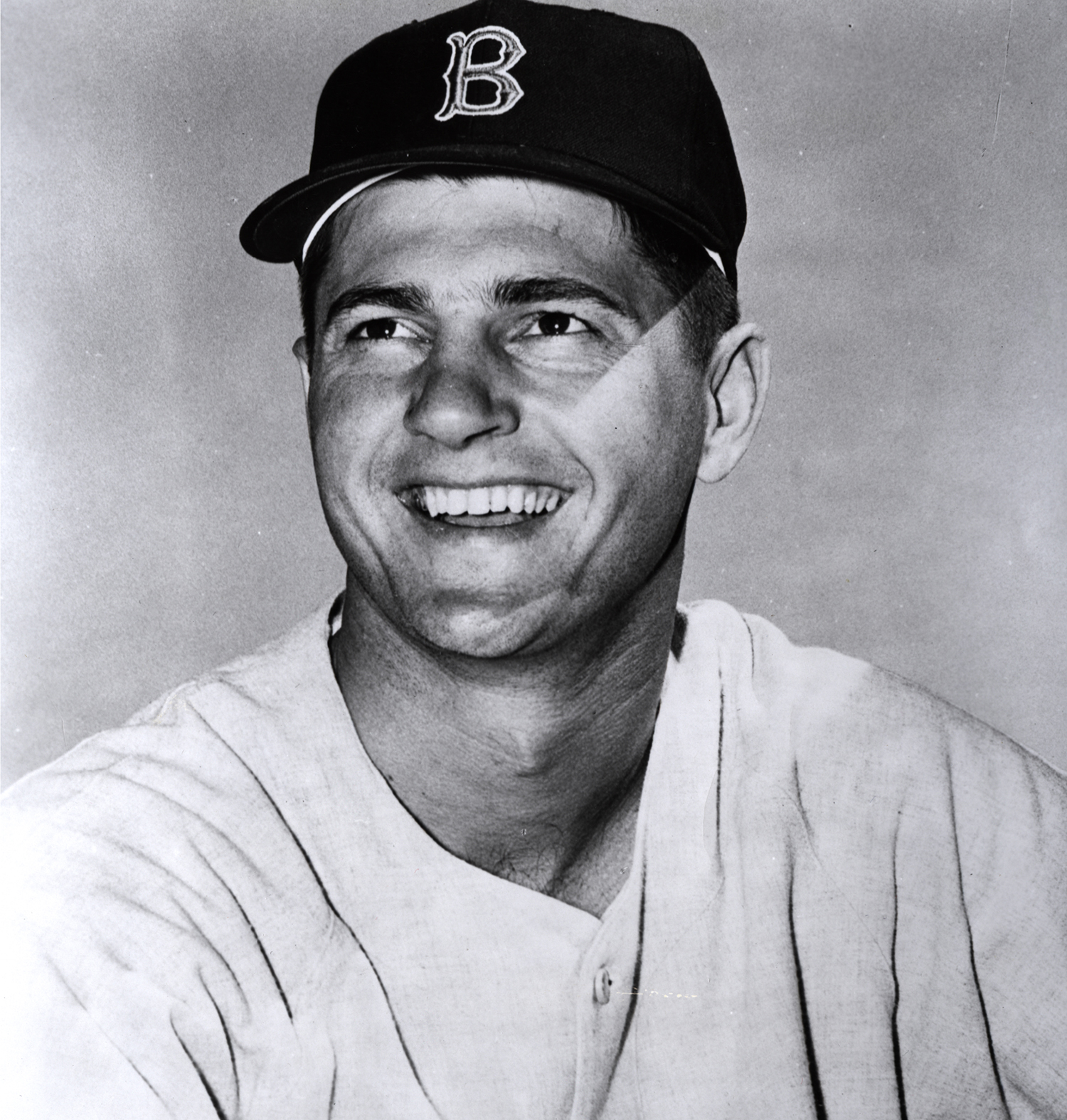 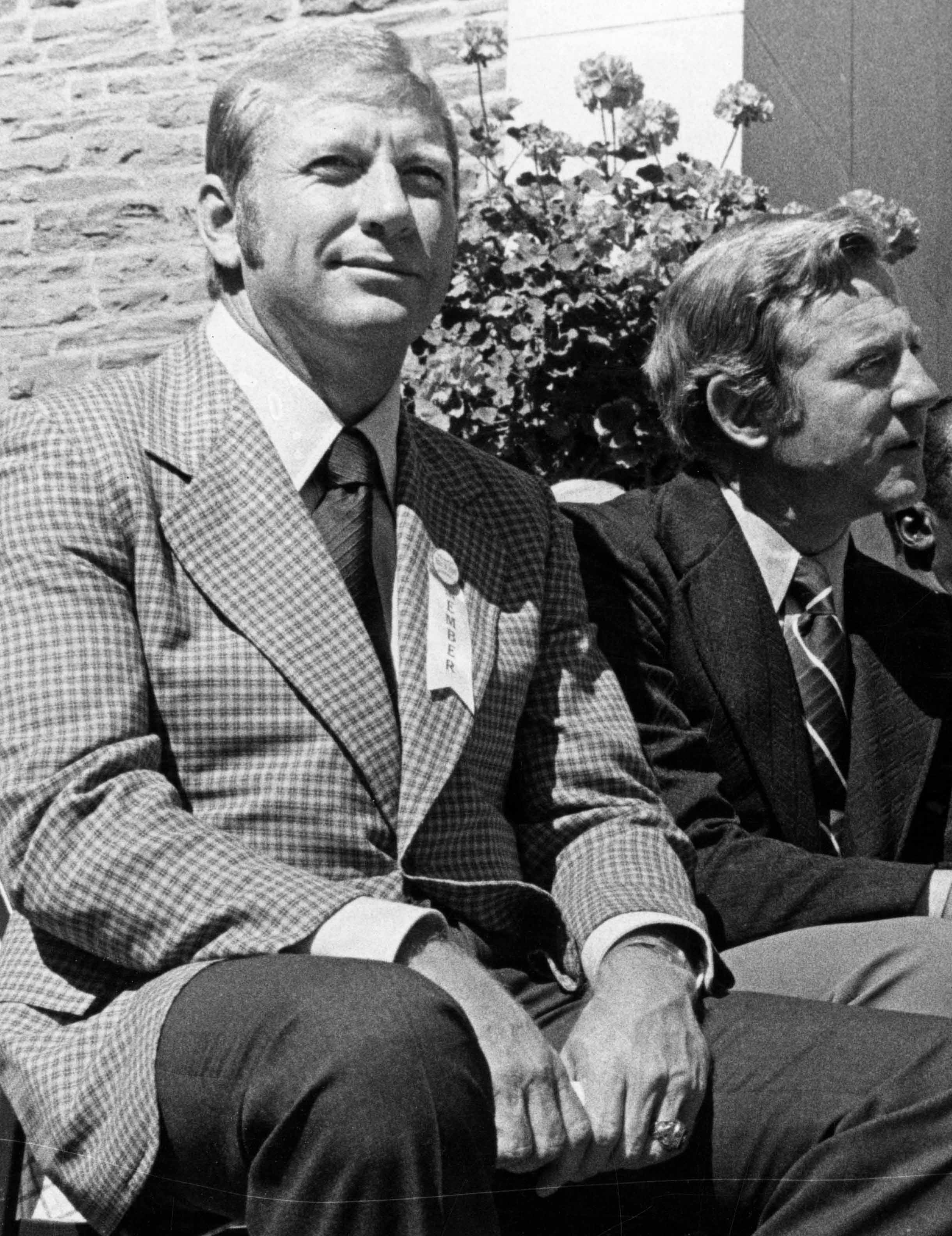