A Mighty Blast into History

It looks like most any old baseball. The surface dirty. The horsehide scuffed here and there. The seams slightly worn and faded.

But it is no ordinary ball, for its travels are the stuff of legend.

Like all National League baseballs of its day, this ball began its journey at the Spalding factory in Chicopee, Massachusetts. There, factory workers made the ball much as they had been making them for decades, to exacting specifications and stitched by hand.

Next stop: Pittsburgh’s Forbes Field, Saturday, May 25, 1935. Removed from its box and rubbed with mud to remove the sheen, the ball was ready to use in that day’s game between the visiting Boston Braves and the hometown Pittsburgh Pirates.

With one out in the top of the seventh and the home club on top, 7-5, the ball made its way into the hands of Pirates pitcher Guy Bush. A moundsman with loads of speed and a nifty curveball, Bush had won over 150 games in a dozen seasons with the Cubs before being traded to Pittsburgh the previous November. Now Bush faced a formidable opponent: Babe Ruth. 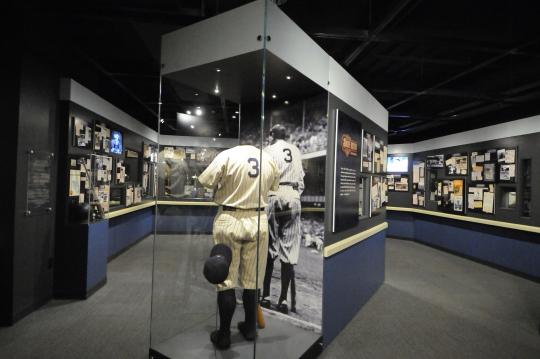 The baseball from Babe Ruth’s final home run is one of over 75 artifacts that are featured in the Hall of Fame’s exhibit “Babe Ruth: His Life and Legend.” (Milo Stewart, Jr. / National Baseball Hall of Fame)

Like Bush, Ruth dressed in the uniform of a new club that season, the Braves having signed the former Yankees slugger just three months earlier. Now in the twilight of his career, the Bambino was making what amounted to a farewell tour around National League ballparks, where eager fans hoped to catch a glimpse of the Babe’s past glory.

This day, Ruth showcased his old power. He had already connected for two homers, the initial blast coming in the first inning off Pirates starter Red Lucas, while Babe’s second homer came off reliever Bush in the third inning. In an interview from 1974, the 62-year-old Bush recalled both homers he surrendered that day:

“The first one he hit off me was a ball hit off the handle. He pulled it about eight or ten feet fair and it just fell into the stands. Just a short fly ball was all it was. Well, it made me so mad I said, ‘The next time I face him I’m going to blow three straight fast-balls right by him.’ And that's what I started out to do. I got the first one by him all right. But the second one ... well, he got ahold of that ball and hit it clear over the triple deck, clear out of the ballpark in right-center. I’m telling you it was the longest cockeyed ball I ever saw hit in my life.” 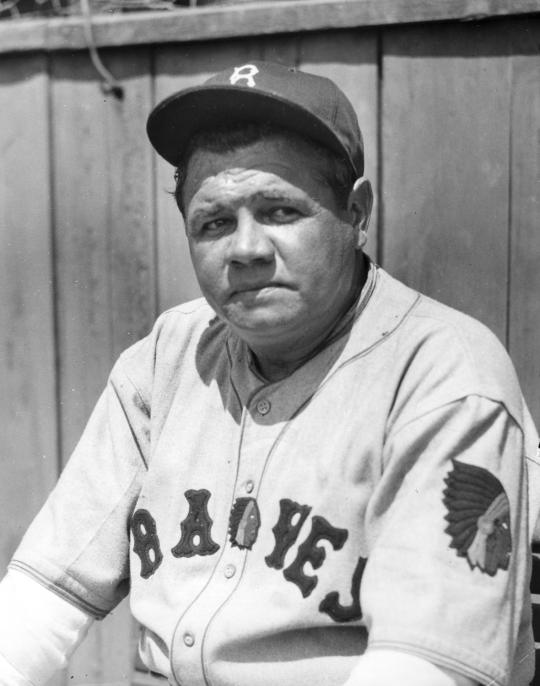 The Babe with the Boston Braves in his final year as a major league ballplayer, 1935. BL-3710.70c (National Baseball Hall of Fame Library) 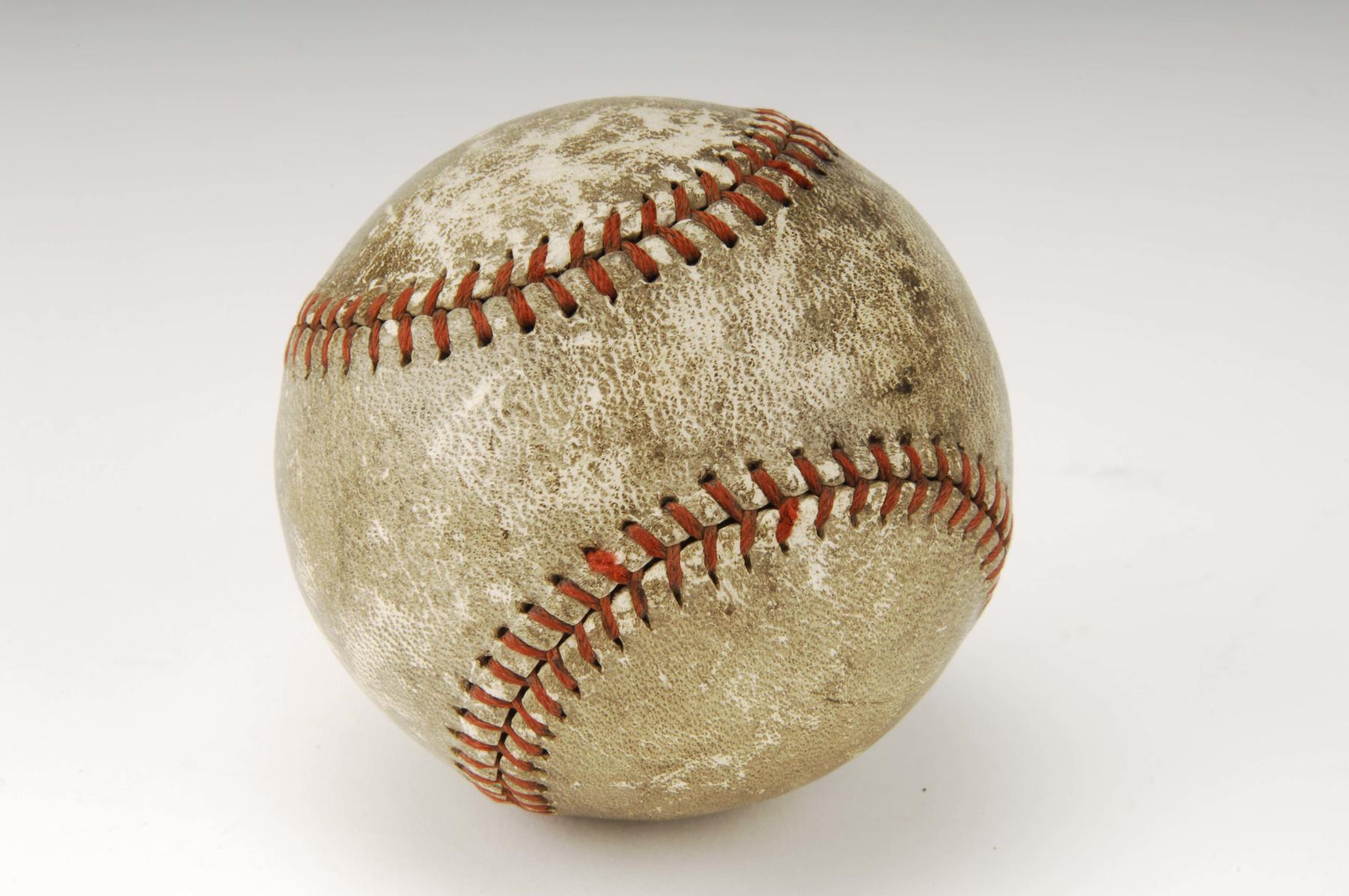 Ruth’s third home run ball left the cavernous ballpark, with eyewitnesses claiming that it cleared the right field stands by some 50 feet. Its next stop was well over 500 feet from home plate, bounding off Frank Munizza’s rooftop at 334 Joncaire Street.

Eventually, the ball came to rest at 51 Boundary Street, hundreds of feet down the block from Munizza’s home. There, 23-year-old Henry DeOrio found the ball in the backyard of his home. According to the Pittsburgh Gazette, “the finder of the souvenir rocket lost little time in running down the Bambino, who affixed his signature thereto.”

The mighty blast, Ruth’s third circuit clout of the day, was the 714th and final home run of his stellar career. Though the signature had long since faded, DeOrio kept the historic baseball until 1948, when he sent it to Baseball Commissioner Albert “Happy” Chandler. Chandler, in turn, forwarded the ball along to the National Baseball Hall of Fame in Cooperstown. And today, the sacred relic is on display in the Museum’s second floor exhibit titled “Babe Ruth: His Life and Legend,” the baseball’s long journey into history now complete. 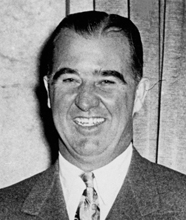 More on the Babe 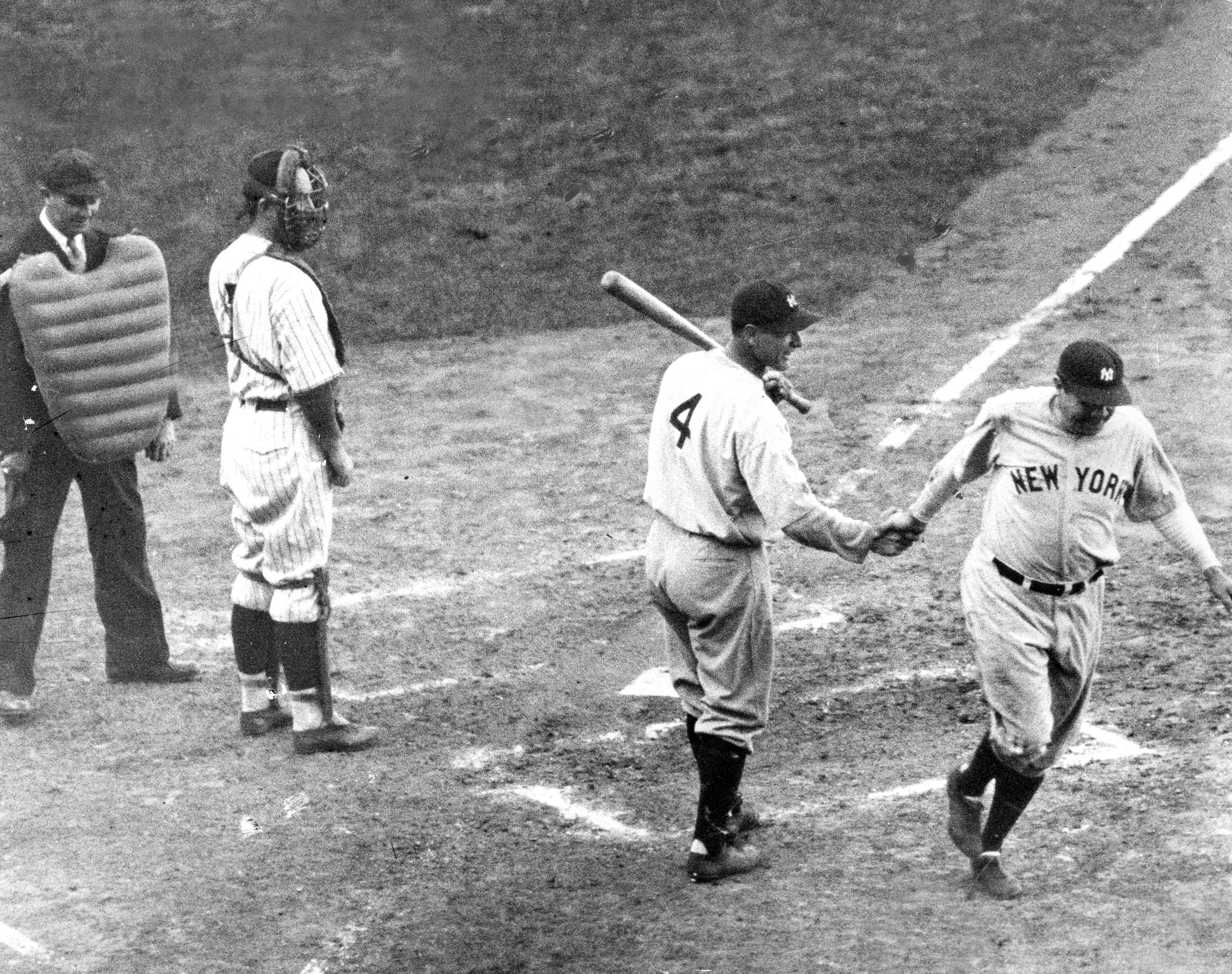 With the count 2 balls and two strikes, Ruth seemed to point two fingers toward center field.